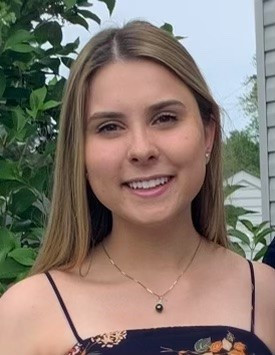 The relationship between the United States and China can have a significant impact on U.S. relations with other countries, such as Japan and India, and through her Summer Fellows research, Mackenzie Owens is taking an intimate look at just how important this dynamic can be.

“While there are significant differences between U.S-India and U.S.-Japan relations, both are similarly affected by U.S.-China relations,” Owens said. “I have been researching two time periods: the Sino-Soviet Border Conflict of 1969; and the Reagan Era.”

She said the first time period explores her research question within the context of the Cold War and China’s role in breaking from the Communist bloc and its disapproval of Soviet revisionism.

“The second time period explores this in terms of the Cold War and Ronald Reagan, who supported Taiwan following the Carter administration’s recognition of the One China Policy.”

In breaking it down in that way, Owens analyzes the two Republican presidents and their foreign policy, each holding contradictory stances on China.

“This work is important to me considering current international relations, and I think it is important to understand how U.S.-China relations have progressed, especially now as the U.S. no longer sustains containment policies alone. The U.S. is falling from its position as hegemon and with this, democracy is being challenged. I believe there can be large implications from this, but I find the U.S.’s allies will be important in balancing Chinese growth.