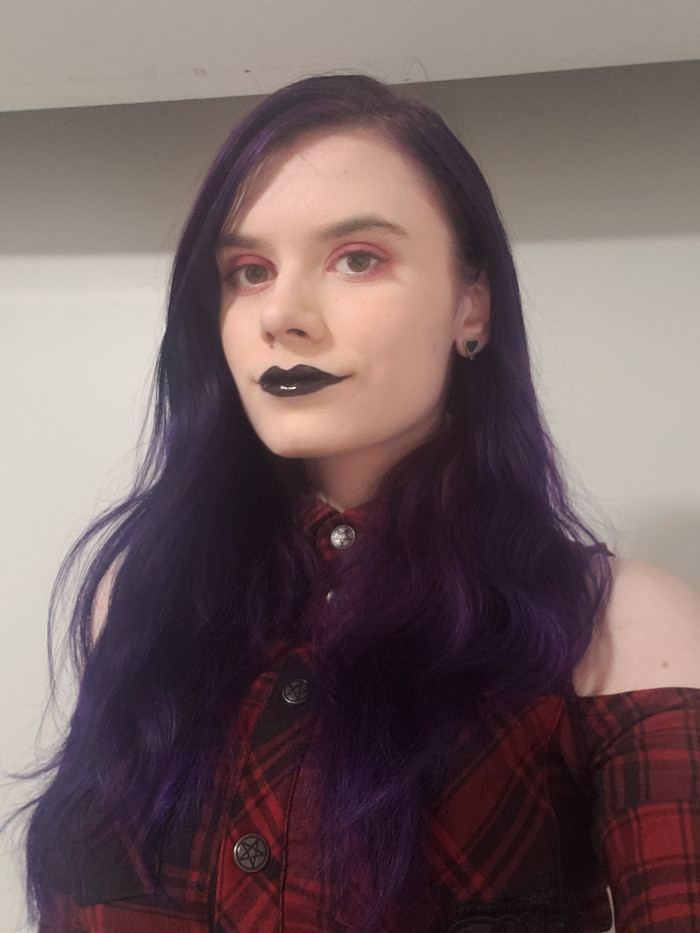 Flipping the Script on Female Roles in Horror Stories

Anastasia Dziekan ’22 used to be “a total chicken” about horror movies. “I was so very afraid of them that I never watched them. Ever. Then something changed, and now I love them,” said Dziekan. It’s a surprising revelation coming from someone who is writing a collection of short, feminist horror stories as part of a Summer Fellows project.

So what was the movie that turned the tide for her? The Evil Dead (1981). “It’s scary, but also campy and low budget. To this day it is one of my absolute favorites.” Dziekan, whose passion for writing was sparked in a creative writing class in high school, said that the more she came to enjoy horror films, the more she wanted to write her own horror stories—with her own spin.

“I’m approaching the genre of horror and specifically horror movies by looking at these tropes that persist and saying, ‘How can I come at this from an angle that is inclusive to female voices?’ she said. “The horror genre is historically really bad to women, so this is a perspective of just seeing where we can break and bend those gender tropes.”

One sub-genre she’s researching—by watching films and reading horror-film critiques such as The Monsters Feminine and Men, Women, and Chainsaws—is slasher movies. “Slasher villains are historically men, and slasher victims are historically women. What happens if we switch those genders? How does that impact the story?”

One example is a story she wrote that deals with coming-of-age transformation narratives. “It sounds really specific, but it comes up all the time with young women who are coming into womanhood, but also experiencing a coming into monsterhood,” said Dziekan. “I didn’t want to lose the female protagonist, but I wanted to drop the biological essentialism that comes with it and deals with the horror of the female body. I chose to write it with a transgender protagonist, where now it’s not this terror of the female body, but a terror of the socialized female experience.”

Other plotlines she has explored in her short stories include a possession narrative that stays focused on the possessed girl rather than the outside observers to make a point about body autonomy, and the lack thereof; a tale about a female werewolf who starts to fall for a young woman who was her intended victim; and a story that picks up at the end of slasher movie and focuses on the future of the “final girl” (the last female survivor in the film) and the trauma she passed down to her daughter.