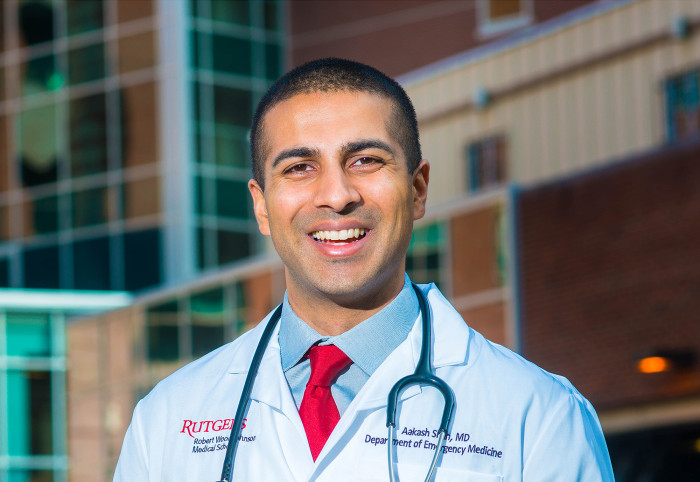 He joins the most diverse class in the history of the program and will gain first-hand experience in the process of governing the nation and a sense of personal involvement in the leadership of society.
by Ed Moorhouse October 18, 2021

Aakash Shah ’10, an Ursinus College Rhodes Scholar and a former member of the board of trustees, was named one of 19 White House Fellows for 2021-2022. He joins the most diverse class in the history of the program.

He will work at the United States Department of Health and Human Services.

The prestigious White House Fellows Program embeds professionals from diverse backgrounds for a year of working as a full-time, paid fellow for White House staff, cabinet secretaries, and other senior government officials, according to a White House press release.

“We are extremely proud of all that Aakash has accomplished in his young career and his selection as a White House Fellow is yet another testament to his hard work and leadership. He represents the very best of Ursinus,” said Ursinus President Jill Leauber Marsteller ’78, P’18.

According to the White House release, President Lyndon B. Johnson created the White House Fellows Program in 1964. The fellowship functions as a non-partisan program maintained throughout both Republican and Democratic administrations. Throughout the year, fellows actively participate in an education program that expands their knowledge of leadership, policy-making, and contemporary issues. The mission of the program is to encourage active citizenship and service to the country.

Aakash is a practicing emergency room doctor at Hackensack Meridian Health. He helped treat some of the earliest confirmed cases of COVID-19 during the pandemic. Aakash also serves as the Director of Addiction Medicine and the Medical Director of Project HEAL (a hospital-based violence intervention program) at Jersey Shore University Medical Center as well as the Medical Director of New Jersey Reentry Corp. His work in those roles has resulted in several reforms, including the elimination of prior authorization requirements for medications for opioid use disorder, and he received the bipartisan endorsement of five former New Jersey governors. He previously served as the Founder and Executive Director of Be Jersey Strong, which represented one of the largest and most diverse efforts to connect the uninsured to coverage in the nation, and was honored by President Barack Obama at the White House for its impact. He has also served as an advisor to several local, state, and federal campaigns and policymakers. He obtained his M.D. from Harvard Medical School, M.B.A. and M.Sc. in Comparative Social Policy from Oxford University as a Rhodes Scholar, and B.A. and B.S. from Ursinus College. He was awarded an honorary doctorate from Centenary University.

Selection into the program is based on a record of professional accomplishment, evidence of leadership skills, the potential for further growth, and a commitment to service.