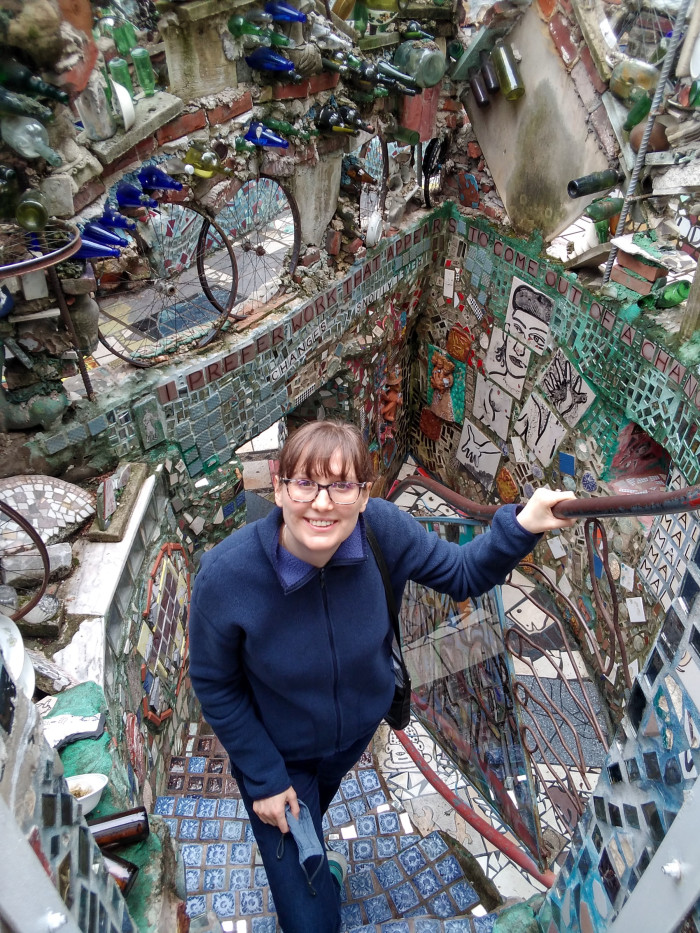 An interview with Dr. Katie Quanz about her upcoming class on indigenous media.
by Jennifer Fleeger October 27, 2021

This spring, MCS and Film Studies will offer an indigenous media course for the first time. We sat down with Visiting Assistant Professor Katie Quanz to ask her about the class.

How did you come up with the idea for a class on indigenous media?

I took a similar class on indigenous cinema while in graduate school, and the course had a profound effect on me. It not only sparked my interest in the subject, but it also led me to continue investigating the history of indigenous filmmaking and the support systems and financial institutions that have helped to disseminate these works to international audiences over the past several decades. My first publication on the subject focused on the ways that indigenous directors of experimental media are choosing to distribute and preserve their works. I am excited to return to this area of research, and I look forward to introducing these and other films to a new audience of undergraduates at Ursinus.

This class will have screenings, right? Will you only show feature films?

Yes, this class will have screenings that will include a number of feature films, including comedies, documentaries, and horror films. Additionally, we will watch episodes of indigenous television shows, such as Reservation Dogs, as well as a handful of innovative avant-garde films.

Can you give an example of a movie or TV show you plan to show in the class that students might find surprising?

One of the films that we will be watching is Blood Quantum, a horror film that received a limited release on the festival circuit in 2019, just before Covid hit. I find this film fascinating, in part, because it is about a pandemic, specifically a Zombie pandemic. It follows a group of indigenous people in Northern Quebec who discover that they are immune from being turned into Zombies because the disease that causes Zombie-ness only infects those of European descent. In a sense, they are immune because their blood is indigenous and not European, hence the film’s title (a reference to the controversial “blood quantum” laws that are used to define indigenous ancestry). While the film’s story world is much darker than our own, the Covid pandemic gives audiences a new entry point into appreciating the film’s narrative.

I think students might be surprised by the humor used in Blood Quantum and in other Indigenous films to combat traumatic experiences. Some of the topics we will be discussing in class (such as residential schools, loss of land, abuse, and racism) are difficult and sensitive subjects. However, many indigenous media-makers find surprising sources of humor in these dark places, and a zombie apocalypse film is no exception.

What makes this class a particularly good fit for Ursinus?

Ursinus’ core curriculum encourages students to ask questions during the educational process, such as “How should we live together?” This course will seek to begin to answer this question by engaging with indigenous methods of thinking, learning, and studying the past. We will also be forced to confront uncomfortable truths about how indigenous peoples have been mistreated and abused, by Western society. We often like to think that these events happened in the distant past, but in reality, many of these issues remain with us today. In fact, one of the through-lines throughout the semester will be how indigenous artists find creative outlets for handling such residual trauma, often through comedy and stories and hope.