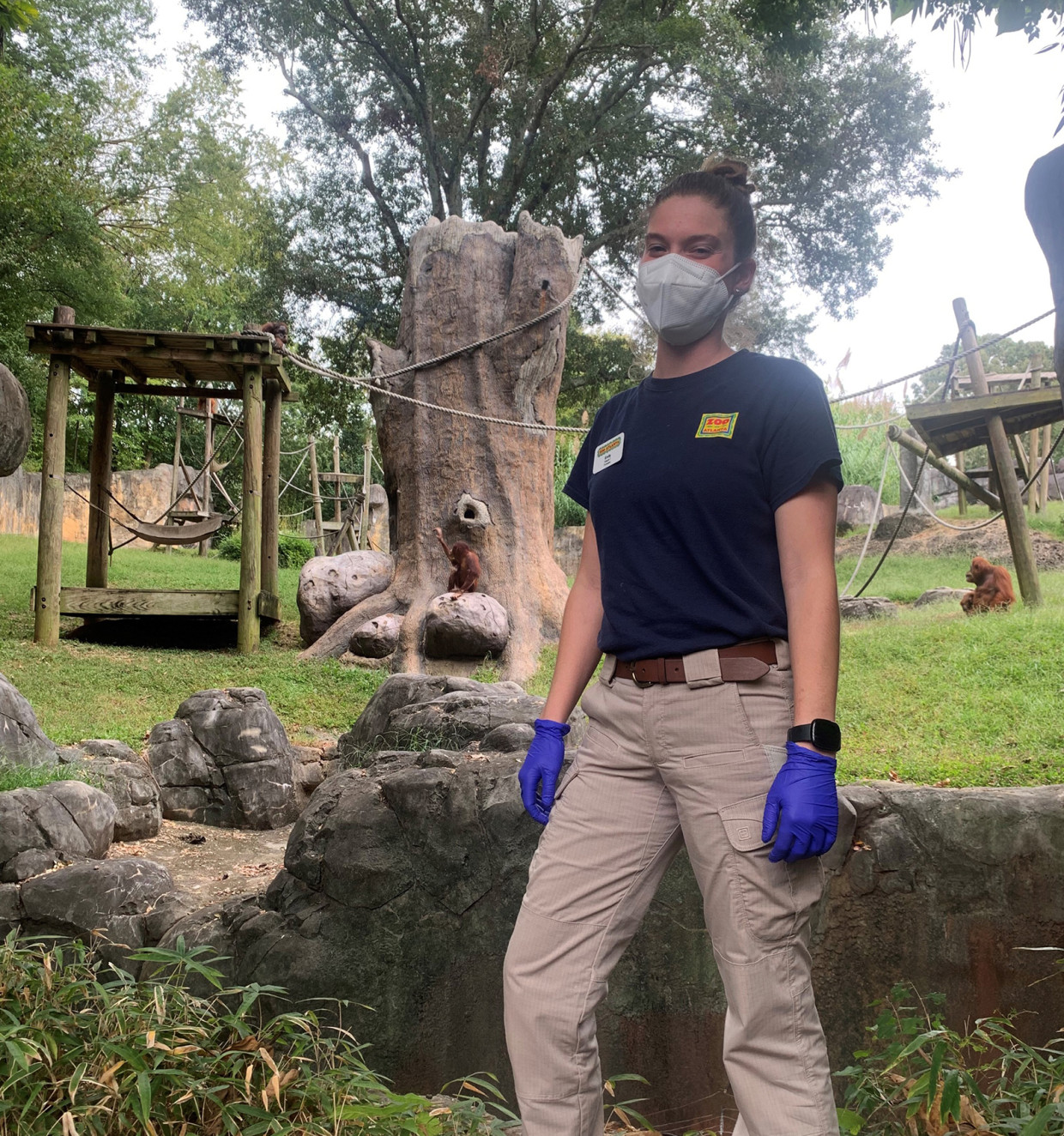 For Emily van Mulbregt ’17, working with the orangutans and gorillas at Georgia’s Zoo Atlanta is a childhood dream fulfilled.

She always knew she wanted to work with animals, and after her first internship, it stuck. “I said, ‘This is what I am meant to do.’”

So far, van Mulbregt’s career taking care of animals has already spanned five states. Following internships at Saint Louis Zoo in Missouri and Franklin Park Zoo in Massachusetts (where the Wayland, Mass., native later returned as a zookeeper), van Mulbregt relocated to Ohio, where she was an animal management apprentice at The Wilds, and a seasonal keeper at Columbus Zoo and Aquarium. From there, she headed south to Florida, where she was a primate keeper at Naples Zoo at Caribbean Gardens.

Now a great ape swing keeper at Zoo Atlanta, the former setter for the Ursinus volleyball team notes the road has not been easy. “Getting into the field is really tricky. It can be a long road, but it’s worth it,” she said. “For me, the goal was always to work with great apes, particularly gorillas, but I love the orangutans.”

Beyond the basic needs of feeding the animals, preparing their habitat for the day, and then cleaning the indoor area while the animals are outside, she is also responsible for training the animals for medical care. 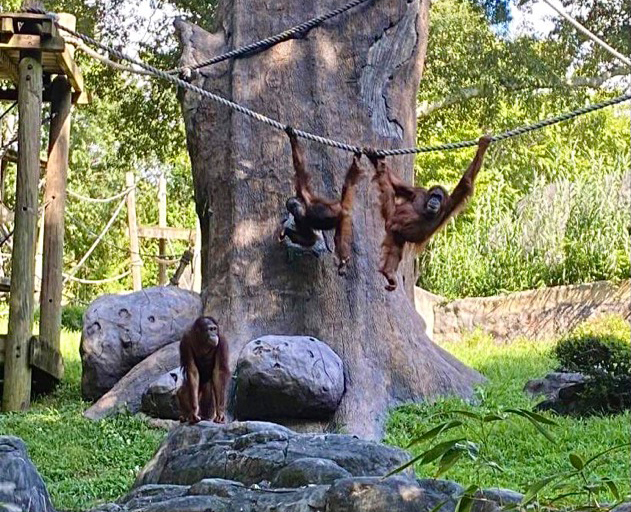 “They manage their own medical care to an extent,” said van Mulbregt, who also stressed that she only works with the animals using what is known as protected contact, which means there is always a protective barrier in place. “All of the training we do is voluntary. It’s all positive reinforcement: They get a reward for doing something that they’re asked, and then nothing happens if they don’t want to do it.” The animals are trained for hand injections, blood draws, blood-pressure readings, and ultrasounds, as well as being able to show staff all of their body parts for monitoring.

Van Mulbregt also plans and oversees enrichment activities, such as forage tables. With treats such as peanuts and popcorn placed on the perimeter of a table that has a hole in the middle, the animals use sticks to maneuver the food into the hole, which is connected to a chute that leads back to the animal.

“They really have to figure out how to make the food that they want move in the right direction so that it comes out. We always want them to be challenged mentally.”

At Ursinus, van Mulbregt majored in environmental studies and biology. She credits field courses such as “Marine Biology” in Woods Hole, Mass., and “Biology of the Neotropics” in Costa Rica with helping to prepare her for a career working with animals.

“Since animals can’t talk, you have to figure out what’s going on just based on their behavior,” said van Mulbregt. “It really helps having a background in a variety of animals—in their natural environments—that I can draw from.”

While watching the animals learn, interact, and grow are some of her favorite parts of the job, van Mulbregt feels there is much to be gained from observing their social dynamic and their reactions to problems.

“The things we learn from how animals interact and manage different issues within a zoo are things that we can use towards figuring out how they’re going to react in the wild, and we can use that in planning conservation for the animals,” said van Mulbregt. “Zoos do a fantastic job of allowing conservation to happen. They help fund it and they help organize it, but they also reach the public in ways that wouldn’t be possible without the animals there for people to see. People have to be able to make that personal connection with an animal to feel like they want to commit to helping save animals. So just by making sure that the animals have a good day in the zoo, you really start this domino effect that ensures their counterparts are protected in the wild.”