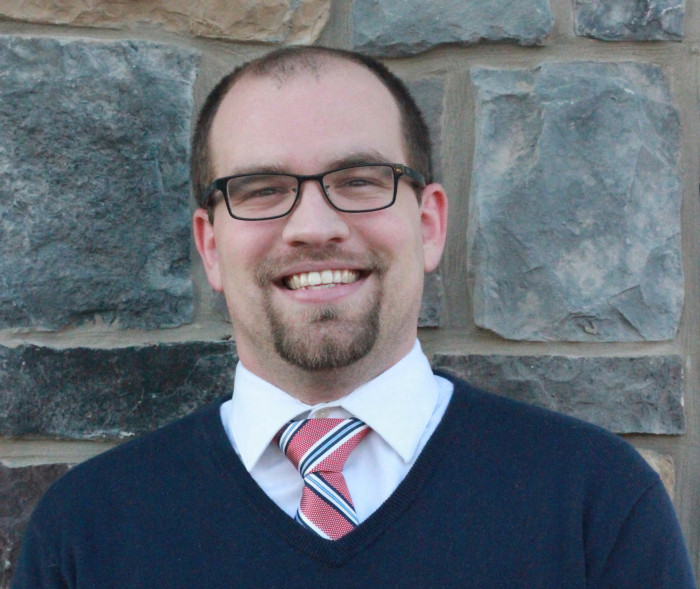 Assistant Professor of Health and Exercise Physiology Kyle Beyer incorporated a forward-thinking twist into his “Nutrition” class this semester: Students had to share what they learned in the course on Twitter.

With more than 1,000 tweets since the start of the semester, it’s hard to miss the work that students have been putting in. Using #UCHEP334, the 43 students in Beyer’s two sections of the course (HEP-334) were each required to tweet 30 times over the course of the semester.

It’s an initiative he conceived during the summer of 2020 while he was teaching at Bloomsburg University. In lieu of internships—which were needed to graduate, but impossible to complete due to COVID-19 restrictions—a group of seniors were placed in an online class with Beyer that focused on exercise and current issues. Since students were not seeing each other in person, Beyer tasked them with tweeting about anything related to health and exercise.

“Everyone was tweeting about COVID-19, which was fine, but what I found really cool was that students were actually applying what we were talking about in lectures,” said Beyer. “They started responding to each other and, all of a sudden, I developed a community within my classroom, which was completely an online class, where it’s almost impossible to develop community.”

The feedback was overwhelmingly positive. Students had never realized that Twitter could be used for professional and networking purposes, and the assignment opened up social media beyond simply an entertainment platform. Beyer has incorporated Twitter into every class he has taught since.

“I’ve always really been fascinated with it as a tool to get your message out there,” said Beyer, who describes his own level of Twitter use as moderate. He gained a deeper appreciation for the platform after he became a professor and started sharing content as a researcher. “A study I published and shared had more views, retweets, and likes on the tweet than had actual reads on the article. So you give a brief synopsis, and it gets the information out there to people. Not everybody is going to have time to read an entire research article, but they probably have enough time to read your tweet.”

For Beyer, who is also director of the Resistance Exercise, Physiology, & Sport (REPS) Laboratory on campus, science needs to be shared in ways that are more digestible. “Students are tweeting about stuff they did in class, and it helps reinforce the information … They have to tweet 30 times during the semester, at 240 characters a piece, and all of a sudden they wrote quite a bit, but they wrote it concisely. Each idea was very specific. They can’t ramble.”

“I tell them to tweet during class. I tell them, ‘If you thought something I said was really insightful or you have an idea, tweet about it. That’s part of the assignment. You’re applying the information in class.’”

With four months’ worth of content regarding topics such as nutrition, Food and Drug Administration guidelines, exercise, weight control, disease, and the physiology of food digestion and absorption, Beyer sees the strong student engagement as a benefit for the college overall.

“I’m tagging everything. So my followers and other professionals in the field see it and say, ‘Wow, look at what Ursinus College is doing. Look at these really engaged students.’ It reflects on the college in a very positive way. At the end of the semester, I’ll look up number of impressions that the hashtag has made. It’s pretty cool that we made all these impressions in the field in just one semester.” 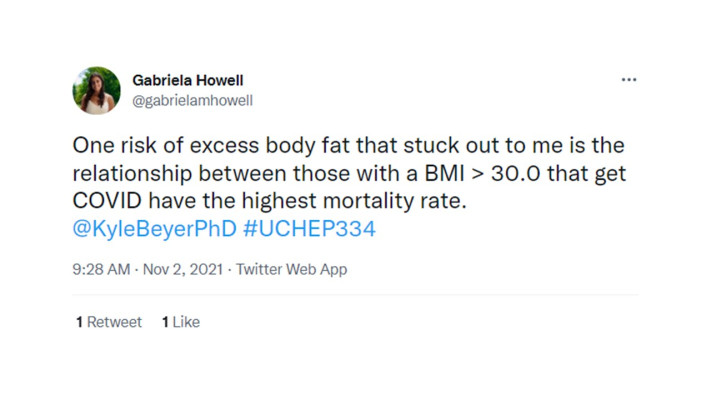 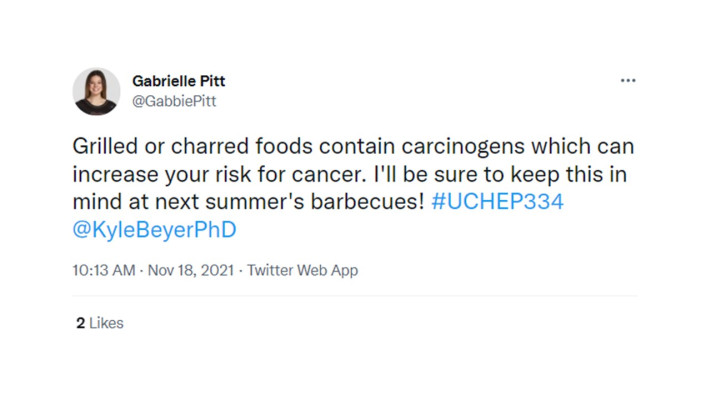 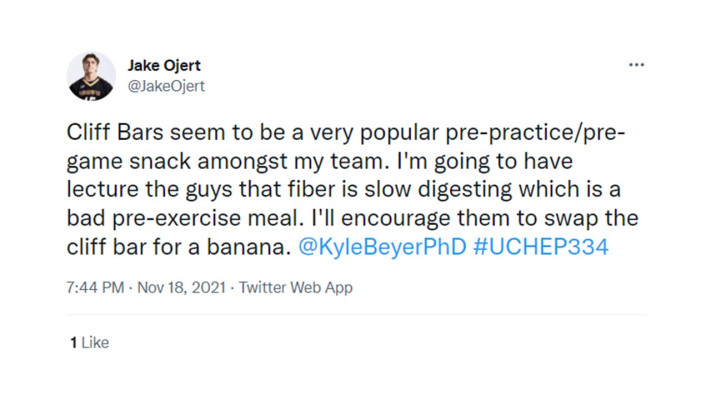 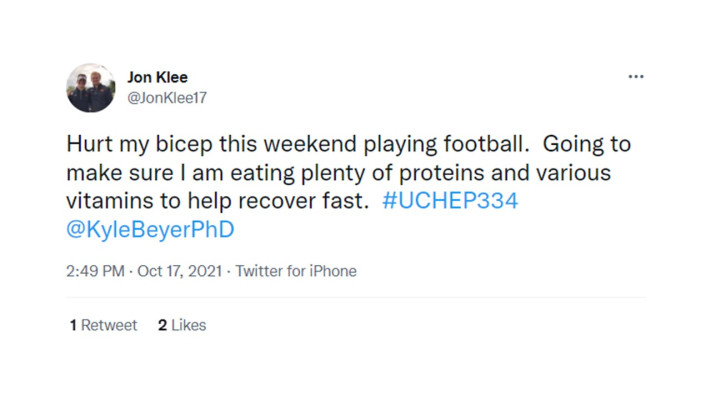 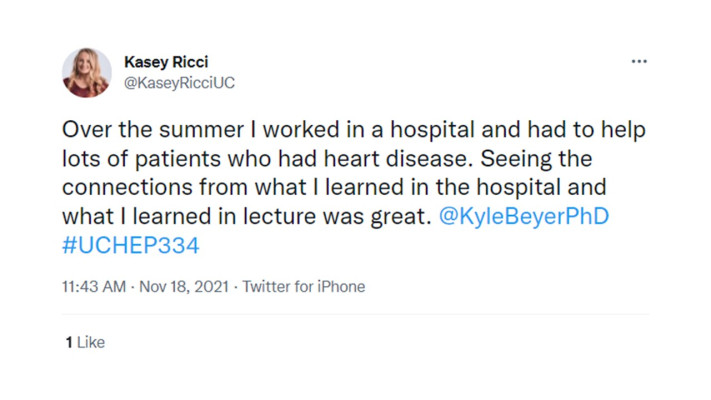 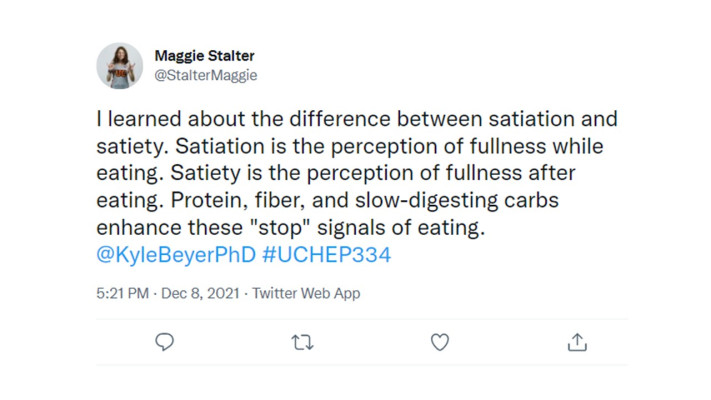 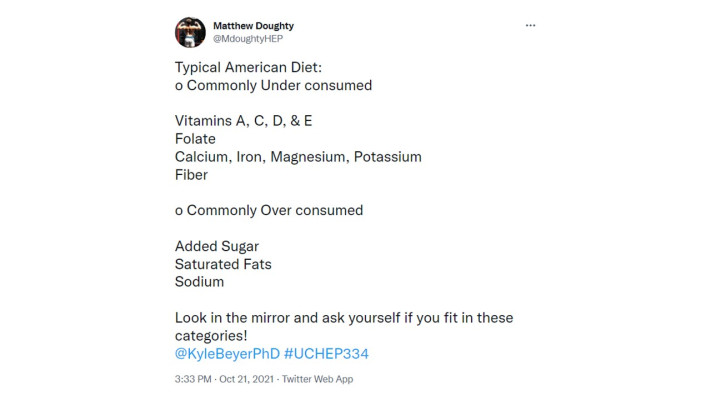 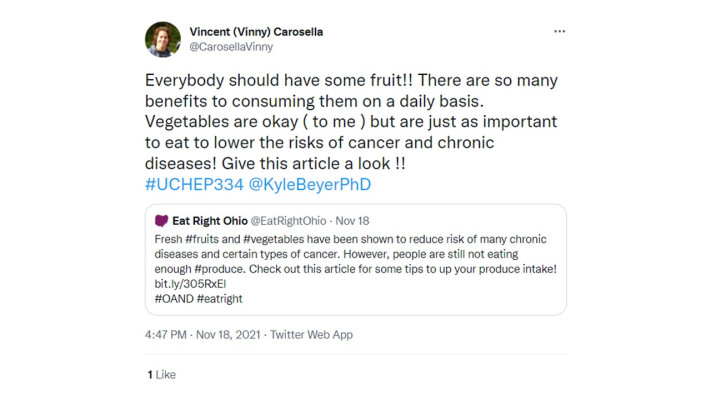 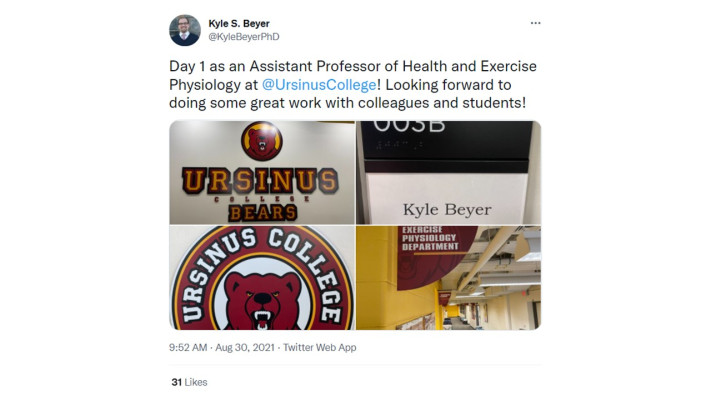