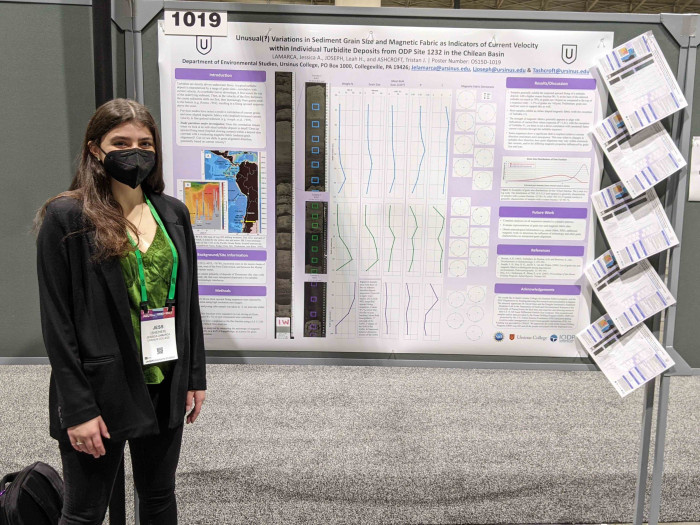 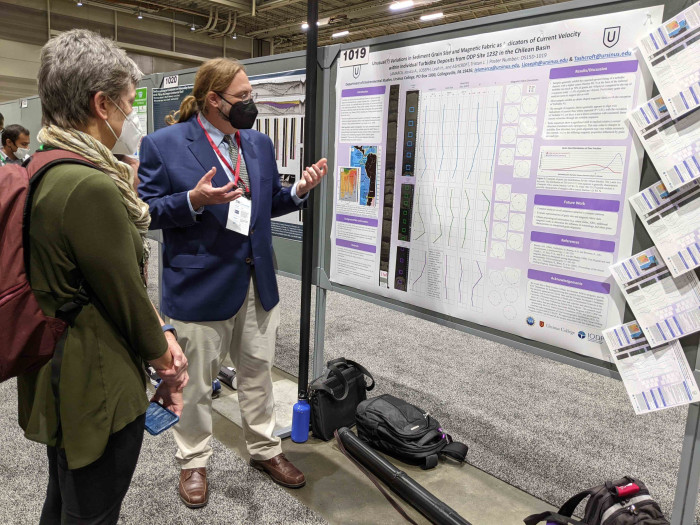 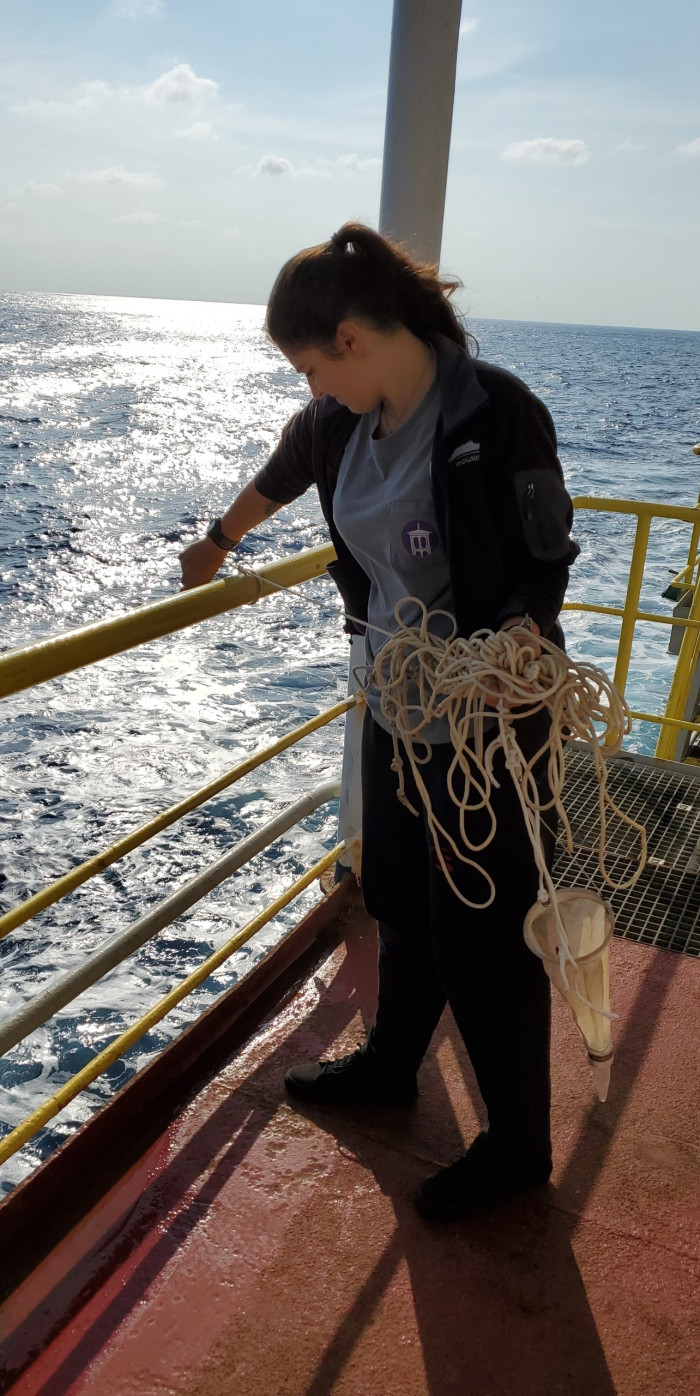 Research co-authors senior Earth Systems Science major, Jess Lamarca, and professors in the environmental studies department, Leah Joseph and Tristan Ashcroft, presented their work entitled “Unusual(?) Variations in Sediment Grain Size and Magnetic Fabric as Indicators of Current Velocity within Individual Turbidite Deposits” on the first day of the Fall American Geophysical Union (AGU) conference within the Physical and Geological Oceanography poster session. As the largest international Earth and space science meeting in the world, this annual AGU meeting drew over 25,000 attendees (virtual and in-person combined) to New Orleans, Louisiana this fall of 2021, with experts presenting on research to better understand our planet and the environment.

Their project investigates the size and alignment of deep ocean sediment grains as an indicator of ocean current speeds, in particular examining the deposits of the fastest of ocean currents, called turbidity currents, which move quickly downslope as a dense mix of sediment and water. These particular turbidite sequences were recovered from below the seafloor in the eastern basin of the Pacific Ocean near Chile, processed at Ursinus by Ms. Lamarca during the 2021 Ursinus College Summer Fellows program and the following fall semester, and analyzed on equipment at Ursinus College and the University of Pennsylvania.

In the late summer of 2019, as part of the National Science Foundation supported JR Academy on IODP Expedition 385T departing from Antofagasta, Chile, Ms. Lamarca had her own opportunity to sail for one month in the eastern south Pacific Ocean on the JOIDES Resolution drilling vessel, the very same ship that had collected her samples a number of years previously when Dr. Joseph had sailed as a shipboard sedimentologist. Both Ms. Lamarca and Dr. Joseph participated in the 2019 JR Academy, as student and educator, respectively.

This spring semester (’22), continued analysis will include samples from a turbidite sequence preserved in rock which the group, under Dr. Ashcroft’s leadership, collected during field work in Pennsylvania this past summer, to investigate the differences in the current velocity indicators after a turbidite sediment deposit has turned into rock.

Ms. Lamarca is also minoring in environmental studies and marine science, serves as a Sustainability Fellow, and is a valued member of the Ursinus golf team.

Congratulations to the research group on presenting at the AGU Fall 2021 Meeting.