The U-Imagine Center for Integrative and Entrepreneurial Studies has had a mission: Empower students to think entrepreneurially in life, and make a living doing something they’re passionate about. Students have not only seen their own business ideas flourish, but have also helped local businesses with their own digital marketing initiatives. Read about the tangible outcomes that have been driven by a single idea … and the notion that anything is possible. 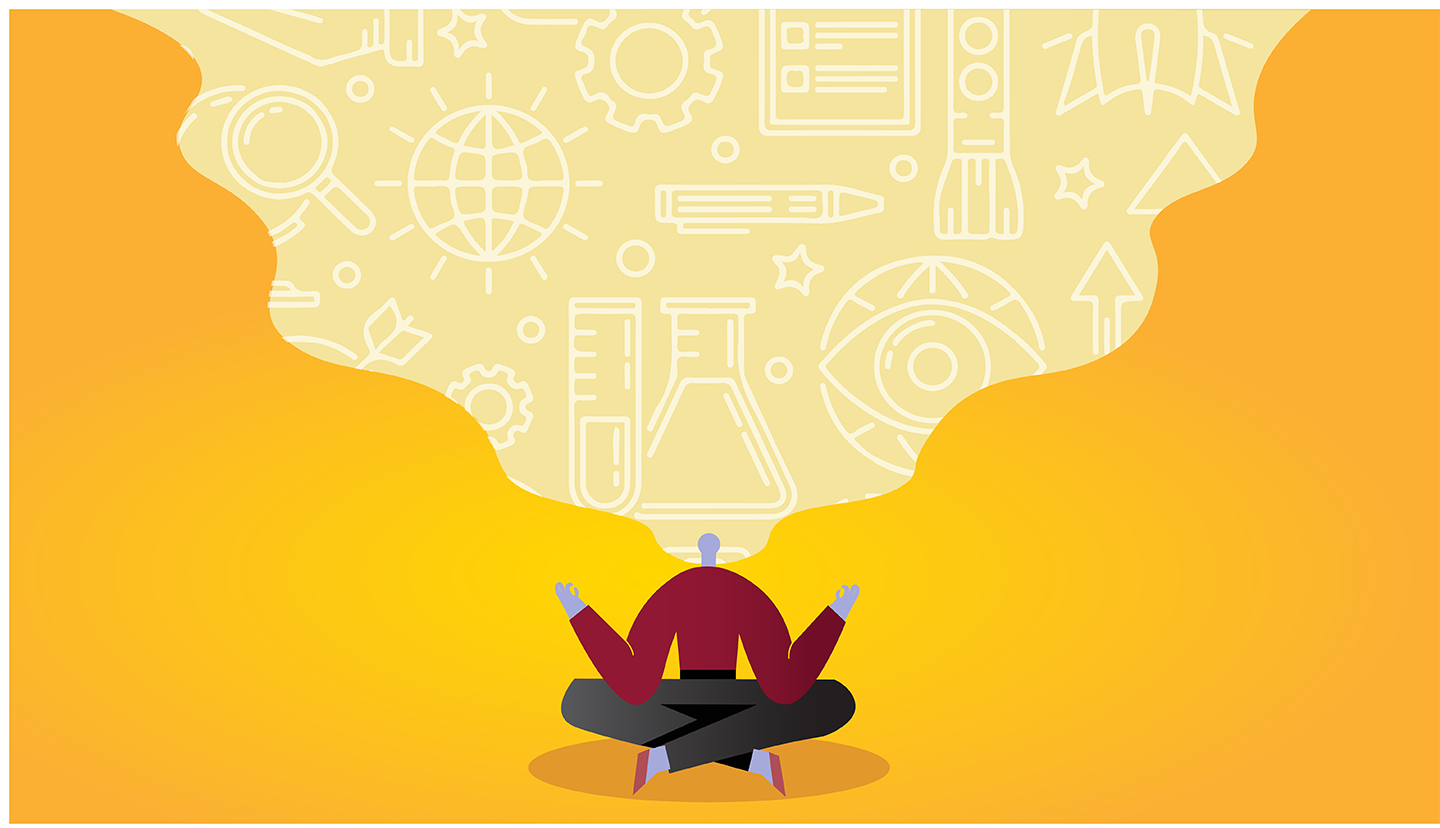 The first is for an anything-goes entrepreneurial competition with monetary prizes to help launch your idea and turn it into a real venture.

Another is for an all-paid digital marketing internship in the industry of your choice, with weekly workshops and coached certification in Google Analytics.

The third invitation is for a small group conversation with a highly established professional in your field of choice who will advise you as you take steps on your path from personal passion to paid profession.

All three are from the same sender. Who did you imagine?

You’re probably thinking there’s a catch—a clickbait strategy to capitalize on that Shark Tank-like idea percolating in your head. Not true. For almost a decade now, these are ways in which Ursinus College’s U-Imagine Center for Integrative and Entrepreneurial Studies has helped mentor and support innovative undergraduate thinkers from nearly every academic discipline.

The center is a unique venture for a small liberal arts college. Since its inception—and thanks to the leadership of Maureen Cumpstone ’79—it has provided guidance and financial support to students with bold new ideas while strengthening their expertise on topics like climate change and information technology. Cumpstone’s mission is straightforward: to teach students to think and act like an entrepreneur. If successful, the outcomes are boundless.

And for young Ursinus alumni who have taken advantage of all the center has to offer, it’s already paying dividends.

“We see the U-Imagine Center as a bridge between the theoretical curricular foundation and the more practical applied opportunities that Ursinus can offer in line with the core question, ‘What will I do?’” Cumpstone said.

“Seeing students grow and reflect on things that they once couldn’t do—that’s what gets me excited,” she said.

In this story, Ursinus Magazine checks in with six alumni to see how they’ve benefitted from entrepreneurial thought and action since their experiences with the U-Imagine Center.

The very first winner of the U-Imagine Center’s annual entrepreneurial contest was, by virtue, an innovator. Scientist Aubrey Paris ’15 was a third-year biology and chemistry double major (with a French minor) when her ethics professor, Kelly Sorensen, encouraged her to participate in the first U-Innovate competition. The contest, now known as the Bear Innovation Competition, has been consistently funded by the Abele Foundation and supported by Ursinus faculty and alumni.

Globalized Ethics for Modern Science (GEMS) gained traction in Paris’s ethics class, where she and her classmates developed a system to track infectious diseases and confer treatments. When Sorensen told them about the U-Imagine competition, Paris entered the contest with classmates Samir Shah ’15 and Evan Lord ’14. They wanted to create an open-source system that would be accessible to everyone and provide culturally competent information about diseases and how to treat them. Their database updated in real time by electronic health report systems. The team conducted interviews with policy professionals, government researchers, and “everyday people who have to go to work or send their children to school,” Paris said.

Their project gained ideological support from leading players in the global healthcare and policy sectors and for Paris, it was one of the Ursinus experiences that allowed her to have success in her current role. She’s a policy advisor for the U.S. Department of State.

Much of her work now involves incorporating a variety of perspectives into new ideas for policies and programs. “The first time I really did that in earnest was when I was preparing for the U-Innovate competition,” said Paris, whose current work is at the intersection of climate change and gender issues. “Being able to say that it’s what I do for my job now is pretty incredible.” 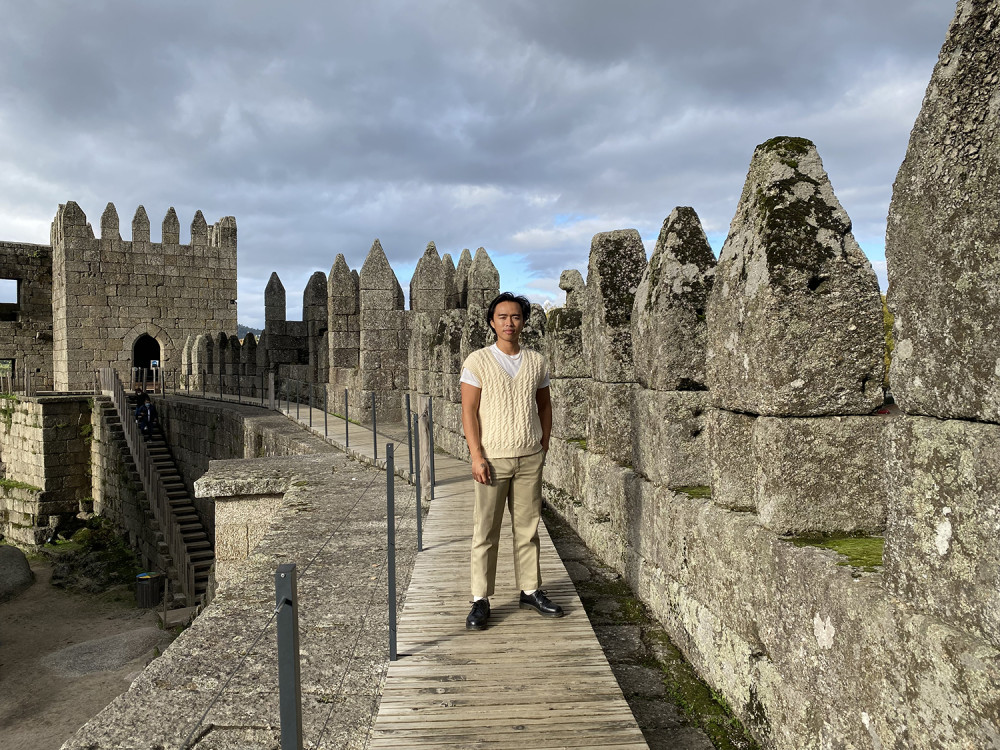 From scientist to digital analyst, Chanton Phan ’18 said his experience with U-Imagine sparked a new outlet for him.

“I realized [digital] was what truly inspired me,” said Phan, who majored in biochemistry and molecular biology as an undergraduate. “The center really provided me with a refuge from the lab.”

Phan teamed up with a friend and classmate, Asuka Watanabe ’18, on a U-Imagine project called “Ivy Road.” They sought to employ digital strategies to effectively communicate college information to high school students. Phan further developed the idea over the summer months during the center’s business assist initiative.

“It felt incredibly empowering to ideate and develop an original idea, then have a space on campus support me through the whole journey,” he said.

Today, he is a senior associate on the analytics and insights team at Seer Interactive, a data-driven digital marketing agency, which he had first been exposed to as a student.

“The thing about what you learn at the Center is that it is a universally applicable mindset that can be applied to all aspects of life,” Phan said. “Whether you’ve started your own business or not, this is the mindset of innovation, critical questioning, and continuous improvement.”

Since graduating from Ursinus, Phan has continued to support the U-Imagine Center and participates as a young alumnus project strategist, advising cohorts of students on evolving digital marketing strategies.

Over the last four years, Anna Budny ’18 has become a prominent figure in user-experience (UX) design. She has helped to launch local start-ups, directed teams at major corporations as a UX architect, and even taught the topic as an adjunct professor at Thomas Jefferson University.

But before all that, Budny was a U-Imagine ambassador, coordinating projects right here in Collegeville.

“I found a love for small business at the center and for true entrepreneurial spirit,” she said. “The center allowed me to empower other students, no matter what background or what kind of idea [they had].”

A psychology major and women’s soccer team captain, Budny worked with a business called Proconex through U-Imagine’s summer Digital Spark program. She audited the company’s digital interface and e-commerce to create a more effective UX, while doubling impressions on social media and working directly with engineers to help bring in requests for quotes (RFQs) to the company.

She also took on a role as a student project coordinator at U-Imagine, helping students put together business plans for their ventures.

Now, Budny reports using the skills she learned with U-Imagine in her professional experience. She recently began a position at Metric5 in Washington, D.C., as a UX researcher and strategist.

“I think that started from being able to help other students at the U-Imagine Center and bring their ideas to life,” she says.

Jack Bagnell ’20 was another Ursinus student who parlayed his summer Digital Spark experience into a career, but in this case, it directly led to a job with the very company he was assisting as a student.

In 2018, Bagnell worked closely with Clemens Food Group to identify trends in the pricing of foods. While his focus wasn’t digital marketing—the specialty of the Digital Spark program—Bagnell put his analytical skills to use. Today, as an operations analyst, he reports on the company’s operational finances and suggests strategies to save costs and make processes more efficient.

This example demonstrates U-Imagine’s true focus—helping students not only think entrepreneurially but also find a way to help students leverage entrepreneurial thought and apply it to their own interests.

“I was able to develop the skills to work independently outside of the classroom,” said Bagnell.

During his senior year at Ursinus, Bagnell also worked on an economic vitalization project for Collegeville. Alongside Cumpstone and a small cohort of students, he connected with members of the borough, school officials, and local experts to develop strategies to stimulate and support the local economy.

Like Bagnell, as a mathematician, Leah Sulyok ’20 was intrigued by the Digital Spark program’s weekly workshops in Google Analytics—a site where she could put her math to work.

Sulyok worked with Clean Juice, a local juice bar with locations in Collegeville, Wynnewood, and Malvern that sells juices, smoothies, and different food items that are all certified USDA organic. Her mission was to get more people in the door using targeted ads, improving search engine optimization (SEO), and monitoring key performance indicators for the company.

Today, like Phan, she works at Seer Interactive as a SEO associate. Thanks to her U-Imagine experience, she has found a niche that piques her interests while drawing on her exceptional abilities. As the searchability of companies becomes more ubiquitous in an increasingly digital world, Sulyok’s future is only becoming brighter.

U-Imagine has endeavored to support the interests of every student, regardless of that scholar’s interests—students like recent graduate William Clift ’21, who pitched and produced innovative projects every year, pivoting two internships into paid gigs.

Clift was just a freshman when he applied to Digital Spark. That summer, the rising sophomore was paired with PayForED, a company that helped future undergraduates make the best financial decisions for their education.

Over the eight weeks, Clift said he learned much more than commercial marketing—he learned how to market himself.

“I pushed myself to ask for a project that was outside of my digital marketing responsibilities and would get me to use my programming skills,” Clift said. He wanted to create a database that stored college and university tuition and cost of attendance information to give PayForED a methodical advantage.

The team offered him an opportunity to stay onboard as a paid consultant during his sophomore year at Ursinus. His continued experience and proof of excellence would help him land an internship at pharmaceutical giant Merck in 2020, which he spun into a position in the company’s Emerging Talent IT Program.

“The foundation my skills come from my time in the U-Imagine Center and Maureen, who has encouraged me and pushed me for more than I ever thought possible,” Clift said.

Each of these U-Imagine alumni has found their own entrepreneurial path in the field of their choice thanks to the center’s approach to empowering innovative thought. A former Ursinus student, Cumpstone is always invested in student success.

“The thing that I look forward to the most is the opportunity to work in very, very close proximity with students, in both a collaborative and mentorship capacity,” Cumpstone said. Every alumnus of the U-Imagine Center cites Cumpstone as their prime advocate, helping build their confidence while developing ideas to fulfill their passions.

Now, the U-Imagine Center and its students are focused on a new project called Media on Main. The plan is to create a course where students will engage local businesses to provide digital and creative services for a fee that the students keep. The credit bearing program is sponsored by Lane Dubin ’90, who provides additional mentorship to the group.

In addition to that new venture, students can pursue their interests through the center’s IMPACT curriculum; are advised by Ursinus alumni working in various industries; and hear from professional entrepreneurs through the INSPIRE Series.

“Entrepreneurship is empowering,” said Cumpstone. “It can be a little bit intimidating. Our role here at the center is really to provide encouragement, and resources to build confidence, mentorship, and reinforcement.”

If these stories illustrate anything, it’s that Cumpstone’s brand of entrepreneurial education works. In 2022, U-Imagine is doubling down. From Media on Main to the ongoing Bear Innovation Competition, the potential of U-Imagine Center and its alumni is unbounded. Who knows what it’s entrepreneurs in training today will innovate tomorrow?

What do you imagine?