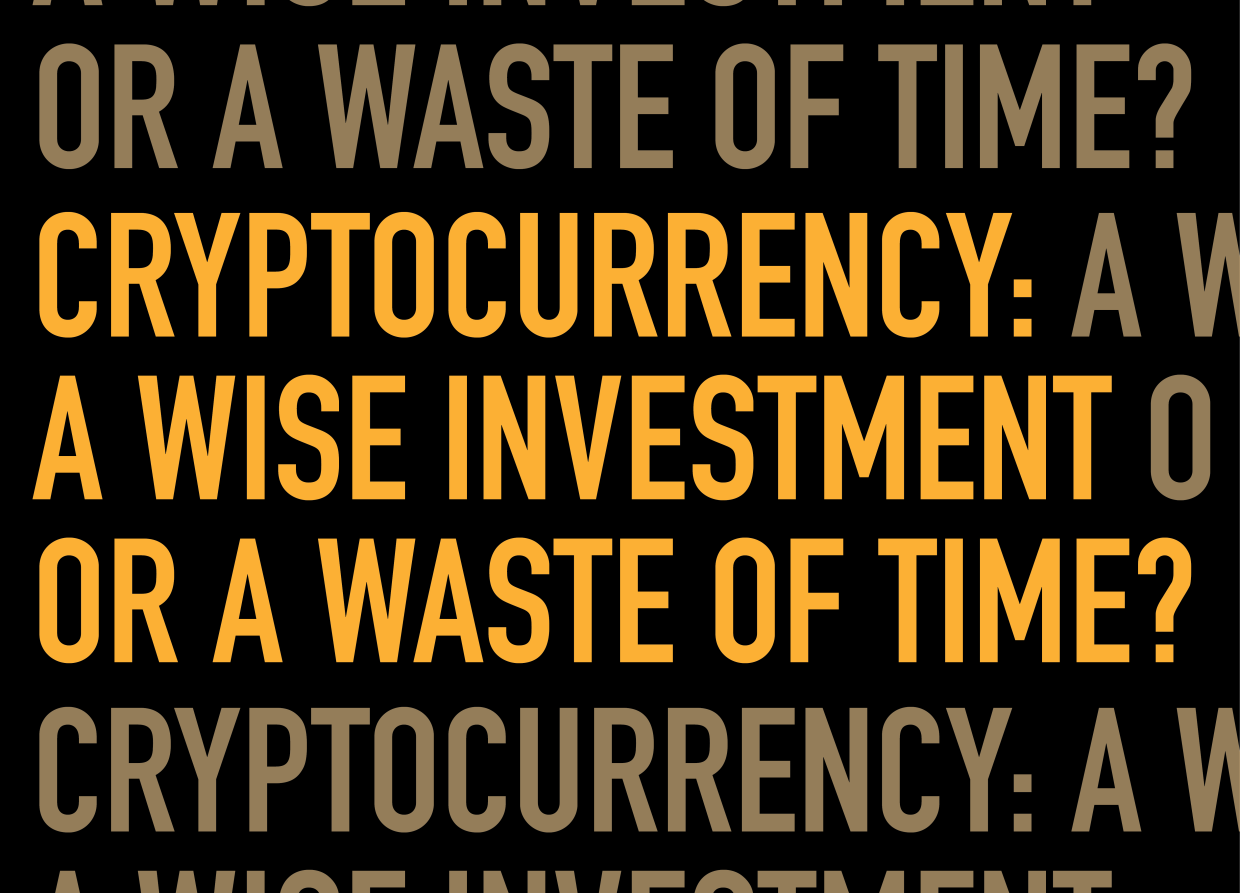 So, what’s the deal with cryptocurrency? It seems to be everywhere these days (even in our Super Bowl ads). Is it the next big thing, or is it another fleeting fad? Associate Professor of Business and Economics Scott Deacle weighs in on Bitcoin, Ethereum, and more.
by Professor Scott Deacle March 09, 2022

Tom Brady is in. Kim Kardashian is in. Your next-door neighbor is in. Half of my students with Robinhood are in. Even Larry David is in. Well, he’s pretending not to be in to persuade us to get in.

Over the past few months, it seems like everyone has gotten in on cryptocurrency. After a decade or so on the fringes of our economy, it looks like digital tokens are primed to go mainstream.

Some crypto currencies seem serious. Bitcoin. (Elon Musk believes in it). Ethereum. (A lot of big banks are investing in it). Others are clearly a joke. For example, a couple of computer jockeys invented Dogecoin as a joke that played off an internet meme about Shiba Inus who can’t spell “dog.” An anonymous group then invented Shiba Inu Coin as a joke to play off the popularity of Dogecoin. I think that blockchain of jokes ends there.

You probably know someone who made a lot of money buying Bitcoin at $30,000 and selling at $50,000. You might even have made some money on Bitcoin yourself. Maybe you read about the two guys, the Shiba Brothers, who took about $7,900 they raised from relatives and their jobs as wedding photographers, bought Shiba Inu Coin, and when Shiba Inu Coin’s value skyrocketed in price (for no obvious reason), they became multimillionaires. The story gets better—the Shiba Brothers just invested their “earnings” into a startup metaverse video game in which players can win cryptocurrency to convert into non-fungible tokens (NFTs).

Doesn’t that sound like something out of The Onion? But it’s on CNN.

For an economist, one who advises the student-managed investment fund at Ursinus, it’s been difficult the last few years. How many times have I told my students that Bitcoin is worthless? How many times have they come back to me a few weeks later, gleefully displaying Robinhood screens showing they made 150% in three weeks on Bitcoin? My neck is starting to feel the strain from turning my head left and right in disbelief.

So, you’re probably wondering, will we be buying our groceries with cryptocurrency in five years? 10 years?

My short answer is no. My longer answer is no, but I can’t definitively say no. And phenomena like this are part of why I love economics. Every time we economists think we’ve got human economic behavior figured out, humans pull off another surprise.

Why no? Lots of reasons. Crypto enthusiasts claim their currencies allow anonymous and secure transactions, but I keep reading headlines about crypto networks being hacked. I see stories about law enforcement agencies seizing millions of dollars of crypto used in illicit activity. And it’ll be difficult to get a critical mass behind any one cryptocurrency. If a critical mass ever starts to form, I think governments can and will put the kibosh on it. And, really, as much as I know everyone believes in Tom Brady, I think most people would rather use with their tried-and-true national currency.

But why not definitively no? For one thing, there’s no guarantee our national currency will stay tried and true forever. It’s under human control, so it’s subject to failure. The current inflation we’re living through reminds us of that possibility.

More importantly, the reality of money is that it’s a social construct. Some things serve better as money than others. But that doesn’t mean society will always pick something ideal to be money. The main requirement for something to serve as money is that, well, a lot of people believe it is money. If you and I could gather our friends, and then get our friends to gather their friends, and then all agree to start paying for things with Monopoly money, we could operate that way. Would we have problems with counterfeiting? Yes. Would we have problems with foreign exchange? Yes. Would we have problems with deflation as our economy grew and our money supply stayed constant? Yes. But if we all bought into the idea of using and accepting Monopoly money amongst ourselves, we could do it. The invisible hand of the marketplace could not stop us if we were determined to do it.

So, what’s driving the determination of so many to get into crypto now? I think it’s another symptom of our society’s growing distrust of its long-standing institutions, among them Wall Street and our central bank, the Federal Reserve. The system has let a lot of us down a lot of times recently. I don’t think it’s a total coincidence that Bitcoin emerged in early 2009 as the subprime mortgage crisis ravaged the economy.

For now, if anyone asks me, I say that buying crypto is gambling, not investing. But five years from now, who knows? If the system keeps letting folks down, maybe things will be different.

Scott Deacle is an associate professor and chair of business and economics at Ursinus College. His research has covered a variety of topics related to financial institutions, including the Federal Home Loan Banks, community banks, thrifts, commercial bank ownership of real estate, and the pre-Civil War “free” banking system.  He advises the student managed Ursinus College Investment Management Company.