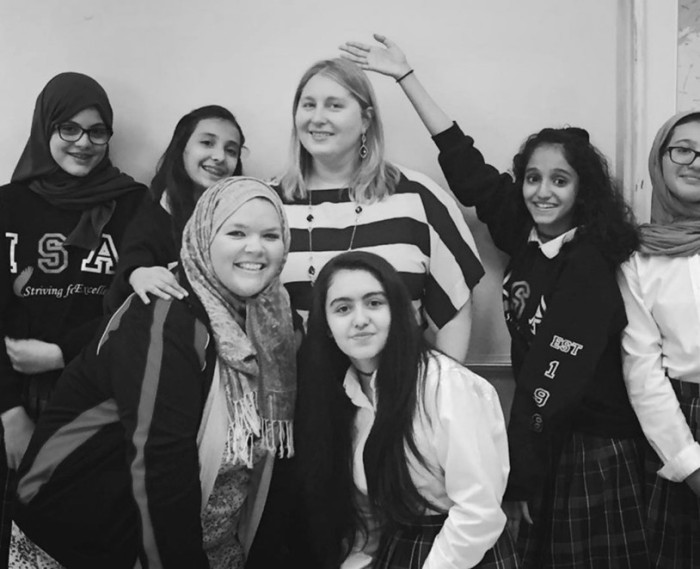 KIm Stover 09
HomepageAlumniFrom Ursinus to China and Everywhere in Between

From Ursinus to China and Everywhere in Between

Ursinus gave me all the best things in my life: friends who I rely on to this day, an education that spring-boarded my career, and wonderful examples of how teachers connect with students. While I was at UC, I joined Tau Sigma Gamma and was on the women’s swim team. I lived in BWC, Reimert, and Olevian. To this day, I tell everyone that choosing Ursinus was the best decision I ever made.

The diversity of people, courses, and ideas at Ursinus gave me the confidence to explore the world after graduation. I knew I wanted to teach, and since I couldn’t find a job in Pennsylvania at the time, I started applying all over the world. I ended up in Beijing, China, in 2012 for what was supposed to be a two-month summer camp gig. Three years later, I came back to the U.S. as a certified and experienced English as a second language teacher. 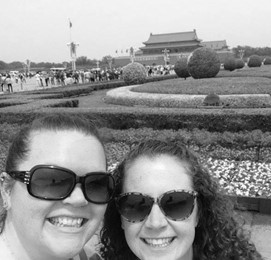 I didn’t stop teaching and exploring when I came home from China. Being abroad exposed me to a culture and way of life that was strikingly different from what I was used to, and I was hooked. I accepted a new position at the International Saudi Academy, an embassy school just outside of Washington, D.C., where again, I was in unfamiliar territory. I was challenged with a new culture, language, and academic expectations. I relied on what I had learned from my professors at UC—build a relationship, the learning will come–and it did. I am still in contact with my first year of students who are now at universities all over the world. They’ve become amazing young adults who advocate for themselves and the things they care about. 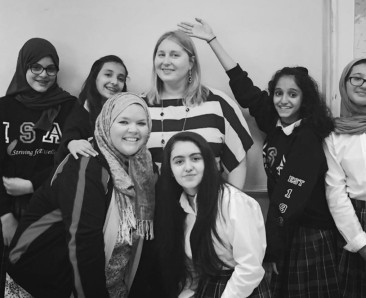 Me and my students from Saudi Arabia, Kuwait, and the UAE.

After two years at the embassy school, the itch to move internationally came back. I ended up volunteering in Amman, Jordan, at King’s Academy in the summer to students from villages all over that country. From there, I moved to Qatar to teach Pre-K at GEMS American Academy Doha. Not only was the country new, but so was the age that I was teaching. I got comfortable being uncomfortable, because I was able to learn so much about other cultures and languages from people all over the world. The experiences of meeting different people from different backgrounds started at Ursinus and has stayed with me over the years.

My class of three-year-olds from all over the world in Doha, Qatar!

Today, I am back teaching in the area, but the lessons I learned at Ursinus and from my adventures abroad travel with me: be open-minded, build relationships, and be confident in what you know.