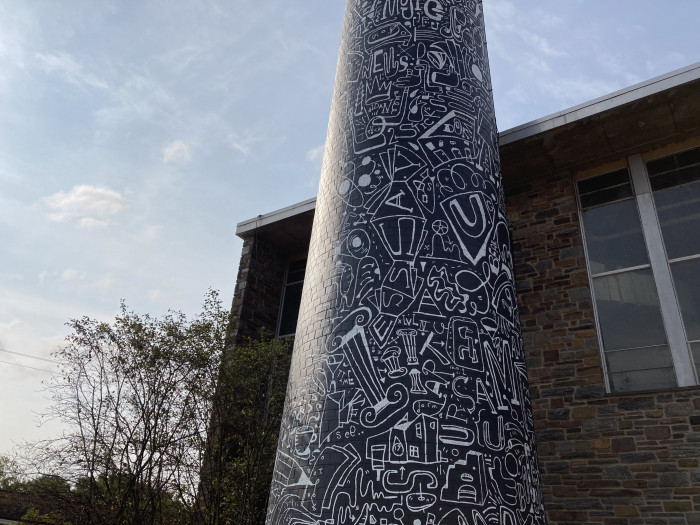 The Ursinus smokestack, transformed into a mural by Brooklyn artist Katie Merz. 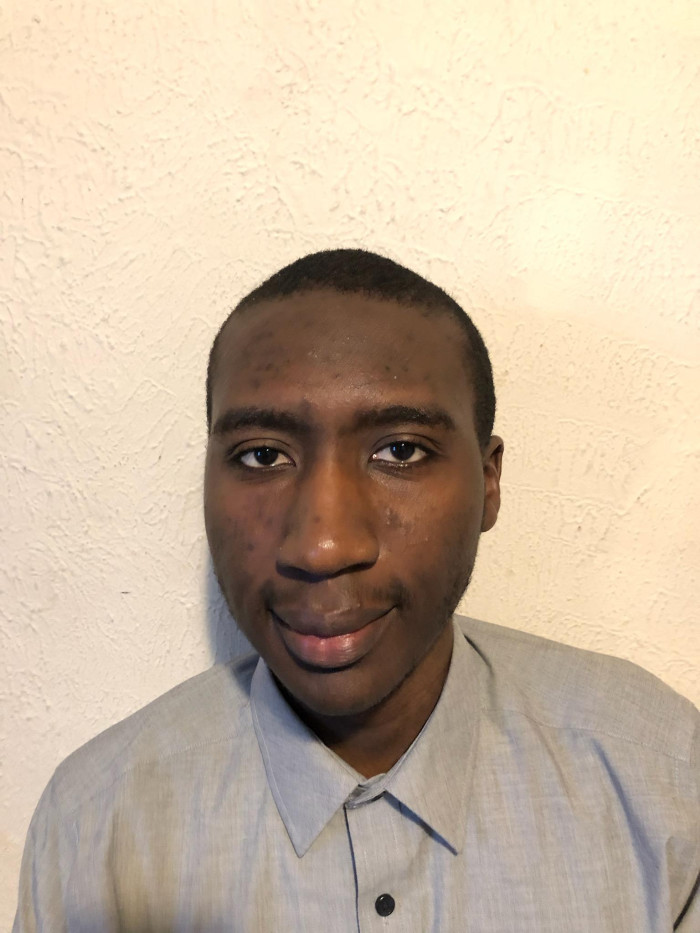 Seraiah Kutai ’22
HomepageNewsLiving the Questions in the Virtual World

Living the Questions in the Virtual World

Seraiah Kutai ’22 created a virtual reproduction of Katie Merz’s landmark smokestack mural on the Ursinus College campus. The mural, which symbolically captures the essence of the Ursinus experience, is now annotated digitally thanks to Kutai’s work.
by Ed Moorhouse May 12, 2022

The Live the Questions mural painted on the smokestack that towers above campus is filled with iconography that meaningfully captures the Ursinus experience. Passersby often stop to get a good look at each symbol, discovering something new each time they study the unique piece.

Now, many of those symbols—as well as their specific locations on the mural—can viewed on a virtual version of the smokestack (along with artist Katie Merz’s own annotations) thanks to a special project by computer science major Seraiah Kutai ’22.

“It’s a really cool piece of art,” Kutai said. “It’s one of those things where you immediately forget what [the smokestack] used to look like. After going through this project, I really came to better understand these glyphs and what they mean—there’s one especially for the Class of 2022—and that, to me, is just something very special.”

In 2020, Merz, a Brooklyn-based artist who is the keynote speaker for the 2022 commencement ceremony, was commissioned use the smokestack outside the facilities building as her own canvas and transform it into a 120-foot-tall mural. She spent time speaking to members of the Ursinus community to become intimately familiar with the college and then turned their stories into various symbols, shapes, iconography, and rebus, which combines the use of illustrated pictures with individual letters to depict words.

Kutai worked under the guidance of Assistant Professor of Math and Computer Science Chris Tralie to create a 3D model of the smokestack and map the symbols so that visitors could view them up close. View it online here.

Using a computer program, Tralie virtually cut the smokestack’s cylindrical shape and flattened it so that Merz could zoom in and annotate each individual symbol.

“We were ready to make a complex but ultimately useless interface for her to point and click in, but she told us she wanted was a flattened version she could print out, which is something we were equally capable of, but which we probably wouldn’t have thought of ourselves,” Tralie said. “To me, that was a learning experience and example of a successful computer science/humanities interaction.”

“This kind of project is a real unique treat for a student to work on at Ursinus,” he said. “It was also a chance to work with somebody in a radically different discipline [art], so the interdisciplinary aspect of the project was really great. Seraiah is just really creative, and he figured out a way to do it and I just got out of his way. I really felt like this was a project that was valued here, and I really appreciated that.”

Kutai used drone footage of the smokestack to render his 3D version for the web. He said, “Then, we found ways to highlight certain glyphs on the smokestack and click on them. We added in the annotations, and it was really just a step-by-step process—and a challenging one—to add more and more until we got this really cool result.”

View Merz’s individual images from the smokestack on Kutai’s page here, and for more on Merz, read her story in Ursinus Magazine.