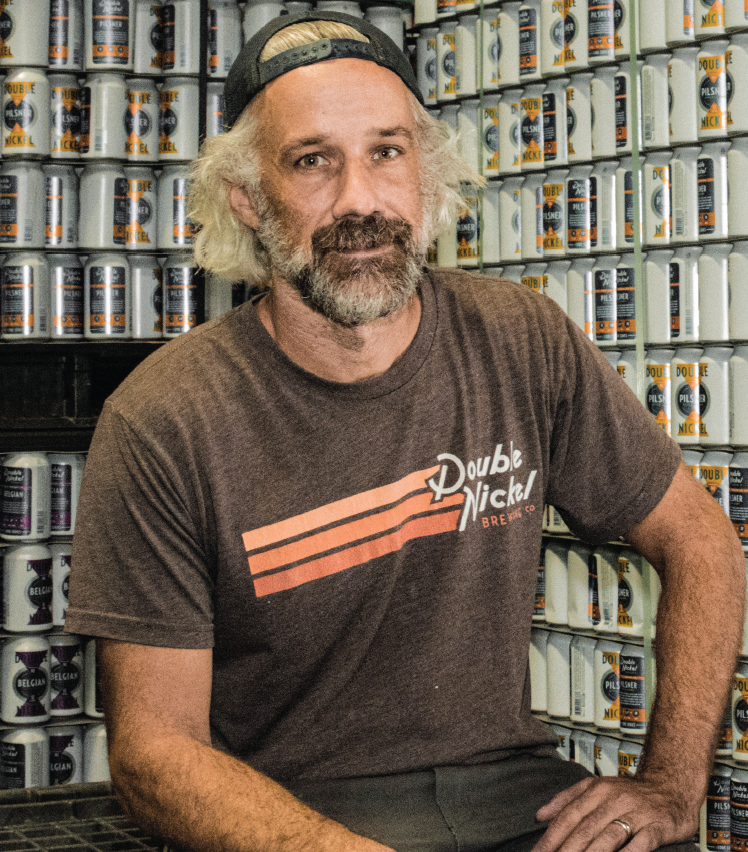 If you’ve ever wondered what it’s like to brew beer, Drew Perry ’05 has an apt description. “I’m a cross between a plumber and a cook,” he quips. Perry is the cofounder and head brewer at Double Nickel Brewing Company in Pennsauken, N.J., an establishment that opened in 2015 and is, according to its website, “the culmination of a shared vision and dream of building a brewery centered around the values of community, creativity, innovation, and fun.”

As an Ursinus student, Perry studied exercise sports science and after he graduated, he participated in an AmeriCorps program that took him all over the country. One stop happened to be close to Oregon’s well-known Rogue Brewery. But it was a part-time job at New Jersey’s Flying Fish Brewing Company that tapped his interest in the science of beer making.

He worked at Flying Fish while also holding down another part-time job at a physical therapy office run by Dr. Bob Dalsey, who would become Perry’s Double Nickel cofounder along with Dalsey’s son, John Dalsey, and Perry’s friend, Brian Needham.

“We started talking about it at a Christmas party and it happened pretty quickly after that,” Perry said. “It wasn’t this longtime dream between guys who worked on recipes in college. I barely knew how to run a brewery.” 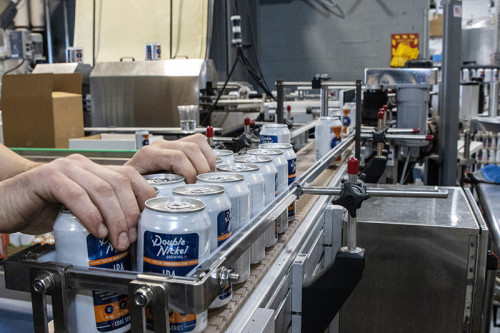 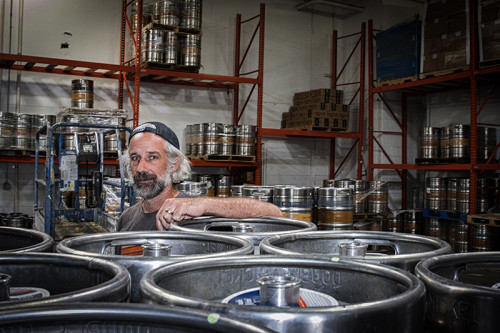 But the business grew, and Double Nickel quickly earned a reputation for a relaxed and welcoming environment as well as its quality beer. It was even featured in a Forbes article in 2019.

“All breweries have access to the same thing. We have hundreds of different types of hops and hundreds of grains,” Perry said. “I get inspired by making the cleanest lagers and using my background and experience with knowing the nuances of temperatures—and how different materials work together—to make the best beer.”

That’s the key to standing out in a crowded market where there seems to be a brewery on every corner in every town.

“You try to stand out by having a diverse offering,” Perry said. “IPAs are still the hype these days. They’re an easier beer to make and the market goes crazy for them. But I prefer to work on the more challenging beers, to focus on what we do well, and not be scared to come out of left field and experiment a little.”

Perry said Double Nickel’s bread and butter are its pilsners and lagers, but the “out of left field” recipe he really enjoys is a Christmastime beer that takes its name from the tradition of hiding a pickle ornament on the Christmas tree. It’s uniquely brewed with sea salt, coriander, dill, and pickling spices.

“If you like pickles, you’ll love it,” Perry said. “We get calls for it all year round.”

Perry makes about 1,000 gallons of beer at a time and Double Nickel does about 6,600 barrels a year. He enjoys the fast-paced, multitasking nature of the job, and that the product is truly a reflection of the beer that he enjoys on his own.

And above all else, he said, “It allows me to be creative.”