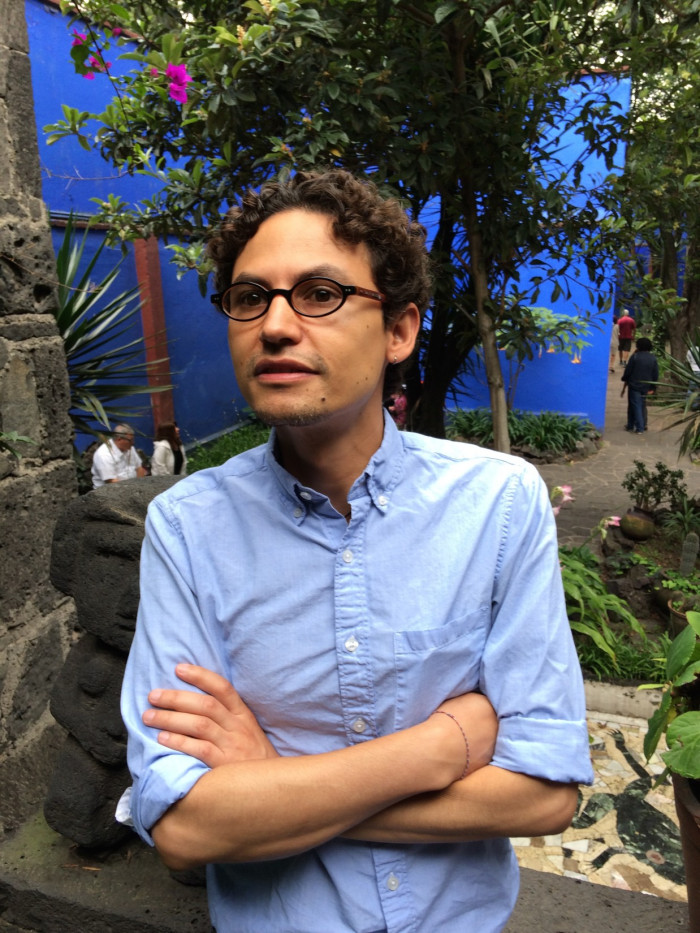 With the release of his new book , Founders of the Future: The Science and Industry of Spanish Modernization (Bucknell UP, 2022) , Associate Professor of Modern Languages Óscar Iván Useche details how life experiences such as his upbringing in Columbia and a chance encounter with a book about Chile’s political history influenced his study of Spain’s process of modernization.
May 24, 2022

Ever since I was a kid, science—particularly mathematics and physics—has fascinated me. I was very good at it. Back in Colombia, where I am originally from, however, middle-class young people who make it to college rarely consider a career in pure sciences, given that the country does not have the infrastructure or resources to promote research or facilitate development. Since industry there mainly focuses on commercializing products and providing post-sales services, becoming an engineer is a safe career choice. I decided to study electrical and telecommunications engineering because of its emphasis on math and physics. After completing my degree, I worked for a while as a product manager for a major internet provider.

More than five years passed before I decided to pursue my real vocation and transition into the humanities. I completed degrees in literature and cultural studies before moving to New York to work on my Ph.D. at Columbia University. One afternoon, while I was working for the library to make some extra money, I ran into a book about a fascinating and little studied aspect of the 1970s’ political history of Chile: More than 20 years before the Internet and computing became indispensable tools for modeling the economy, the Chilean socialist government proposed a plan to build a computer system for real-time economic control. The most interesting aspect of this utopian and futuristic project was how it problematized the relationship between science, technology, and politics, showing how engineers and scientist understood the country’s projections and designed the system to assimilate and reshape national identity. In this appropriation of computing for social purposes, technicians developed conceptual mechanisms, models, and operational strategies to manage the country’s resources. The more I learned about this episode in the history of technology in Latin America, the more I was intrigued about how a similar relationship operated in 19th-century Spain, the focus of my doctoral research. I found enough material to assemble an original and relevant multidisciplinary study that could represent a significant contribution to the field. Founders of the Future is the materialization of such work.

It is important to note that my book is not about the history of science, technology, and industry, or about how they are represented in this period’s cultural production, namely literature, art, and music; rather, my study explores the impact these developments had on the way in which politicians, scientists, educators, and artists thought about the future of Spain—its most urgent problems and challenges—and conceived strategies to improve the economy, the educational apparatus, the social structure, and the environment.

At Ursinus, I have had the opportunity to bring part of this research into the classroom; mostly its conceptual and contextual frameworks, which help students understand Latin America’s and Spain’s conflicted modernities, and show them how science, engineering, and education (not only literature, music, or art) were central actors in the consolidation of the Hispanic World as we know it today.