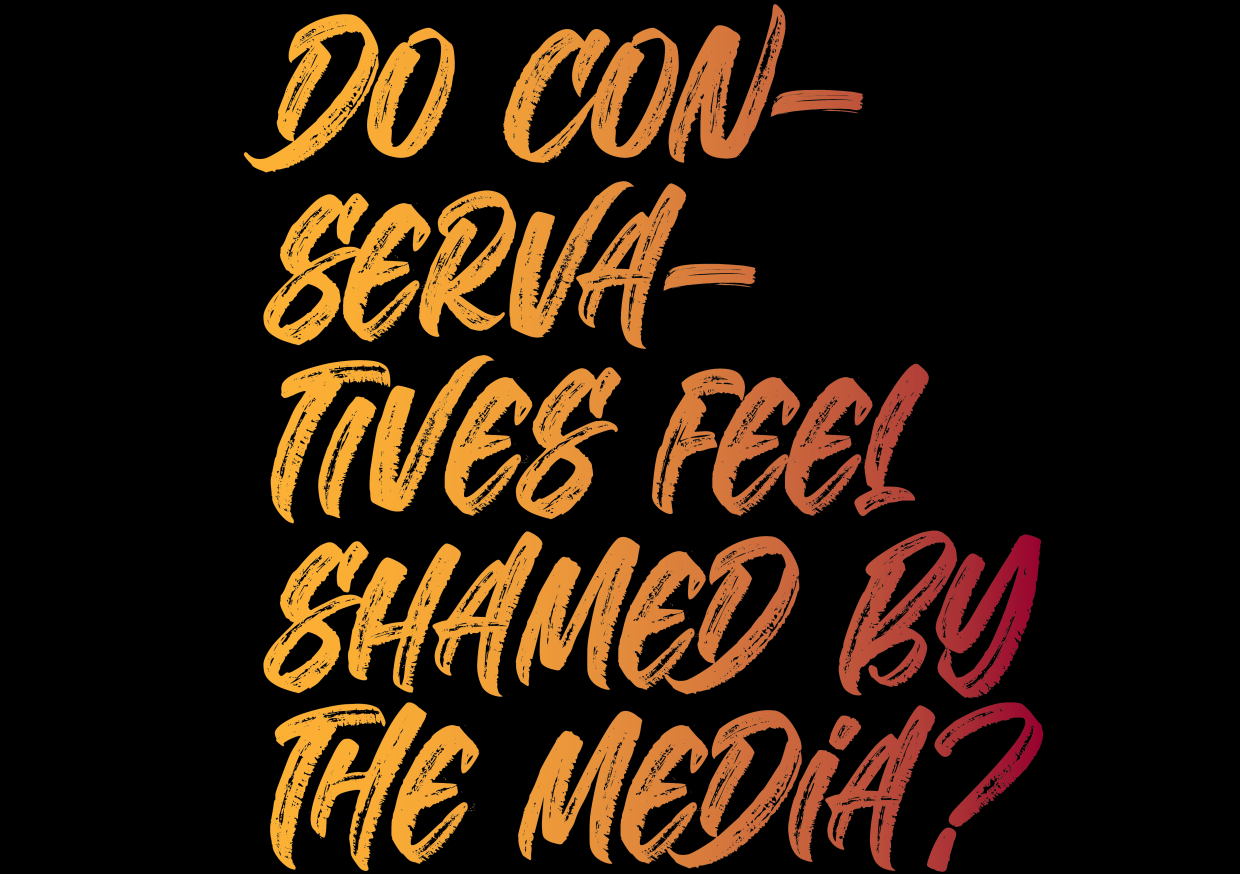 Polling shows that trust in the media among conservatives is low and dropping, but until now, there hasn’t been much research to understand why. Professors Doron Taussig and Anthony Nadler performed extensive research to gauge conservatives’ perceptions of media coverage for the Tow Center for Digital Journalism. Here is what they found.

Tune in to a conservative podcast or scroll through conservative Facebook feeds and there’s a decent chance you’ll encounter the terms “mainstream media,” “liberal media,” or just “the media,” used in a tone suggesting that the audience all should know exactly who that refers to and exactly what they did wrong.

Polling shows that trust in the media among conservatives is low and dropping. Much of the American right is hostile toward the press, but there’s not much research seeking to understand why, or what it means.

Sometimes, journalists and academics view research into conservative communities as disrespectful and tinged with condescension. Other times, this research is viewed as too respectful, focusing on a group whose influence on American politics is greater than its proportional share of the population.

We understand these objections. But in studying political media, we have come to believe that the alienation of conservatives from journalism presents a problem in a society where people are supposed to govern themselves using shared information. And we view that problem as worth exploring to understand it.

So, for a research paper published by the Tow Center for Digital Journalism, we and our collaborators Andrea Wenzel and Natacha Yazbeck held focus groups and conducted individual interviews (between September 2020 and May 2021) with 25 people in the greater Philadelphia region who self-identified as conservatives. Our questions focused on their perceptions of, and feelings about, coverage of the coronavirus pandemic.

Our interviewees expressed animosity toward the press. But they weren’t primarily upset that the media get facts wrong, or even that journalists push a liberal policy agenda. Their anger was about their deeper belief that the American press blames, shames, and ostracizes conservatives.

Our research didn’t investigate whether these perceptions are rooted in reality. What we can say is that they appeared deeply felt, and they colored the way our interviewees perceived media coverage of important issues—like, for example, COVID-19.

“Expunged From Our Society”

Our interviewees described mainstream media operations like The New York Times, The Washington Post, CNN, and network news as “liberal.” What “liberal” meant to them was mostly a contempt for what they viewed as traditional American culture generally and conservatives specifically.

One college student, who joined our Zoom wearing a MAGA hat, said that in mainstream media, conservatives are “basically seen now as the outcasts, the savages.” Another interviewee, who worked as a manager at a retail store, offered as an example of the media’s attitude toward conservatives what he described as a “rant” from political commentator Keith Olbermann after Jan. 6, 2021. Our interviewee characterized this as a message that “all Trump supporters and those around him need to be expunged from our society.”

The people we spoke with said this ostracism was happening right now. The college student said he couldn’t express his views in his workplace or his classes for fear of retribution or shaming.

A real estate agent who described herself as a “millennial conservative” said political disagreement had caused old friends to unfollow her on Facebook.

She said the level of “tolerance” she felt from the liberals in her life “has definitely dwindled…I’m just seeing, ‘Okay, I’m just done with dealing with people like you.’”

As our interviewees tell it, media coverage of the COVID-19 pandemic primarily blamed conservatives and President Donald Trump for the virus’s toll. The interviewees accused the media of exaggerating the problem and suggesting Trump’s policies and conservative recalcitrance were responsible for much of the death and suffering COVID-19 had inflicted on Americans.

Most interviewees didn’t dismiss the threat of COVID-19 entirely. But they said journalists obscured the degree to which the danger was limited to vulnerable groups. Then, they said, those same journalists dwelt on negative statistics and downplayed the economic impacts of lockdown measures.

“What they’re doing is actually laying guilt on certain people,” said a retiree who had owned a gas station. A college student said, “The only real fact I’m hearing from them is the death toll…then they go off on how bad Trump is.”

Several interviewees said journalists’ apparent concerns about COVID-19 were shown to be insincere when—in their view—virus fears were absent from media coverage of the protests that followed George Floyd’s murder in the summer of 2020.

“When we have the riots that were occurring, we had those groups that were not wearing masks, and again that wasn’t exactly emphasized as a negative, but when you have pool parties or people at beaches who weren’t wearing masks, it was completely overdramatized,” said a university instructor.

Their perception that COVID-19 was hyped to damage Trump was so powerful that it could withstand what seemed to us like contrary evidence. We asked interviewees why the press continued to sound the alarm about COVID-19 with similar fervor after Joe Biden was inaugurated. One interviewee admitted he was perplexed.

“I wish I knew,” he said. “That’s the ultimate question I don’t have an answer for. There’s no reason that I can see, statistically, legitimately, factually, for keeping up that narrative now.”

We are not able to say how representative, or not, the views of these 25 people are. But they are consistent with key themes in conservative media, including the general notion of anti-conservative animus and the specific story line that COVID-19 was overhyped to hurt Trump.

Since the 2016 election, connecting better with conservatives has become a goal for some major media outlets.

It is tempting to imagine that journalists could win trust with rigorous accuracy or conspicuous evenhandedness. But our conversations suggest that these measures alone will not be enough to change attitudes. Aided by years of prodding by conservative politicians and pundits, many conservatives are deeply skeptical of journalists’ motivations.

Our interviewees view mainstream news outlets as part of a group of liberal institutions dedicated to making conservatives into pariahs. The misinformation often at the heart of conservative responses to COVID-19 is a symptom, rather than a cause, of this distrust.

If there’s a chance of improving the situation, journalists will need to develop strategies for challenging these emotionally powerful stories that portray professional news media as disdainful of conservatives and their communities. Journalists may or may not see conservative estrangement as their fault. But if their goal is to inform a wide swath of the public, they’ll need to convince more of the public that this is, in fact, their goal. 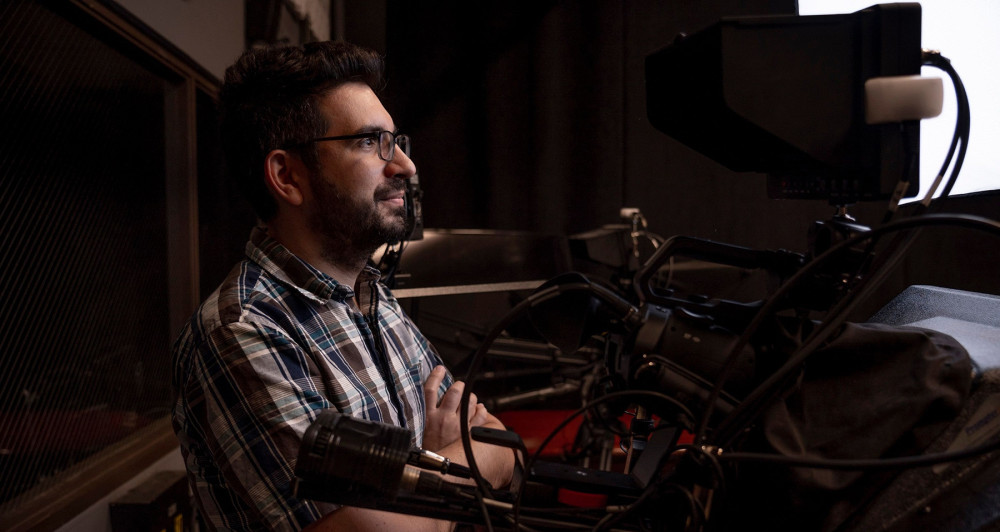 This article was originally published in The Conversation, a nonprofit news site dedicated to sharing ideas from academic experts, and printed in Ursinus Magazine with permission from Nadler and Taussig.