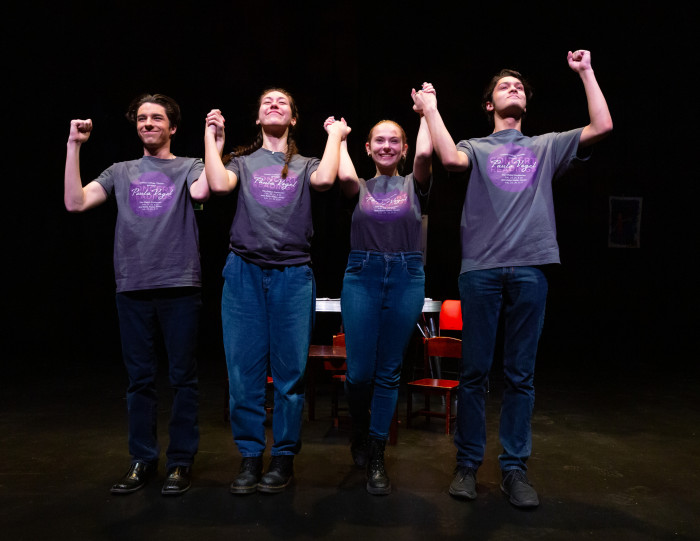 The theme of “Community” will be explored on stage during the 2022-23 season for Ursinus College Theater and Dance, which begins Friday, September 16, with its 23rd annual Fringe Festival and continues all year with three plays staged on the Ursinus campus, as well as two original dance concerts.
by Ed Moorhouse August 08, 2022

Communities are comprised of an intricate web of relationships, identities, and values. This year, many of those elements will be explored on stage during the 2022-23 season for Ursinus College Theater and Dance, which begins Friday, September 16, with its 23rd annual Fringe Festival and continues all year with three plays staged on the Ursinus campus, as well as two original dance concerts.

“The theme of our 2022-2023 season of productions and concerts is community. Pandemic isolation and a divisive political climate have fractured a sense of shared community; our season is a response to such fracture and a celebration of the value of community to help us cultivate empathy. We are inviting audience members to join the conversation that we hope each live production and concert sparks; indeed, it is the liveness of staged theater and dance that fosters community,” Associate Professor and Chair of Theater and Dance Meghan Brodie said.

Brodie, who is also an Ursinus graduate, is directing two plays this season. Emily Mann’s docudrama Execution of Justice (November 3-6) examines the LGBTQ+ community in the wake of a tragedy. It draws upon court transcripts and public records to investigate the assassination of San Francisco Mayor George Moscone and Supervisor Harvey Milk—the first openly-gay elected public official in the United States—and the 1979 trial of accused killer and former City Supervisor Dan White. Bess Wohl’s irreverent comedy Small Mouth Sounds (February 23-26) considers how communities, however unexpected, satisfy our need to connect with others.

Additionally, Ursinus College Theater will stage Working adapted by Nina Faso and Stephen Schwartz, directed by Professor of Theater Domenick Scudera (March 23-26). It celebrates the work and workers that are the lifeblood of our community. Originally staged in the 1970s, the musical is based on oral historian Studs Terkel’s influential book, Working: People Talk About What They Do All Day and How They Feel About What They Do. An updated version, created a few years ago, features songs by Lin-Manuel Miranda, Stephen Schwartz, Craig Carnelia, James Taylor, Micki Grant, and more. The Ursinus College Theater production will update the musical further by employing documentary theater techniques to interview local workers and to use their words in our script. This unique production creates a fresh, personalized show honoring the workforce within our own community.

The fall and spring Ursinus College Dance Company concerts (December 1-3 and April 27-29) celebrate artistic communities and the new beginnings they forge and will be produced by Visiting Assistant Professor of Dance Jeannine Osayande and Clemente, respectively.

Performances are as follows:

Emily Mann’s monumental docudrama, Execution of Justice, to be Staged by Ursinus Theater