The storied collection of rocks and minerals that are on display in Pfahler Hall also include some 250 unique Native American artifacts, which are now being documented and digitized by Juliana Valerio ’24—a student blending her love of science and museum studies. 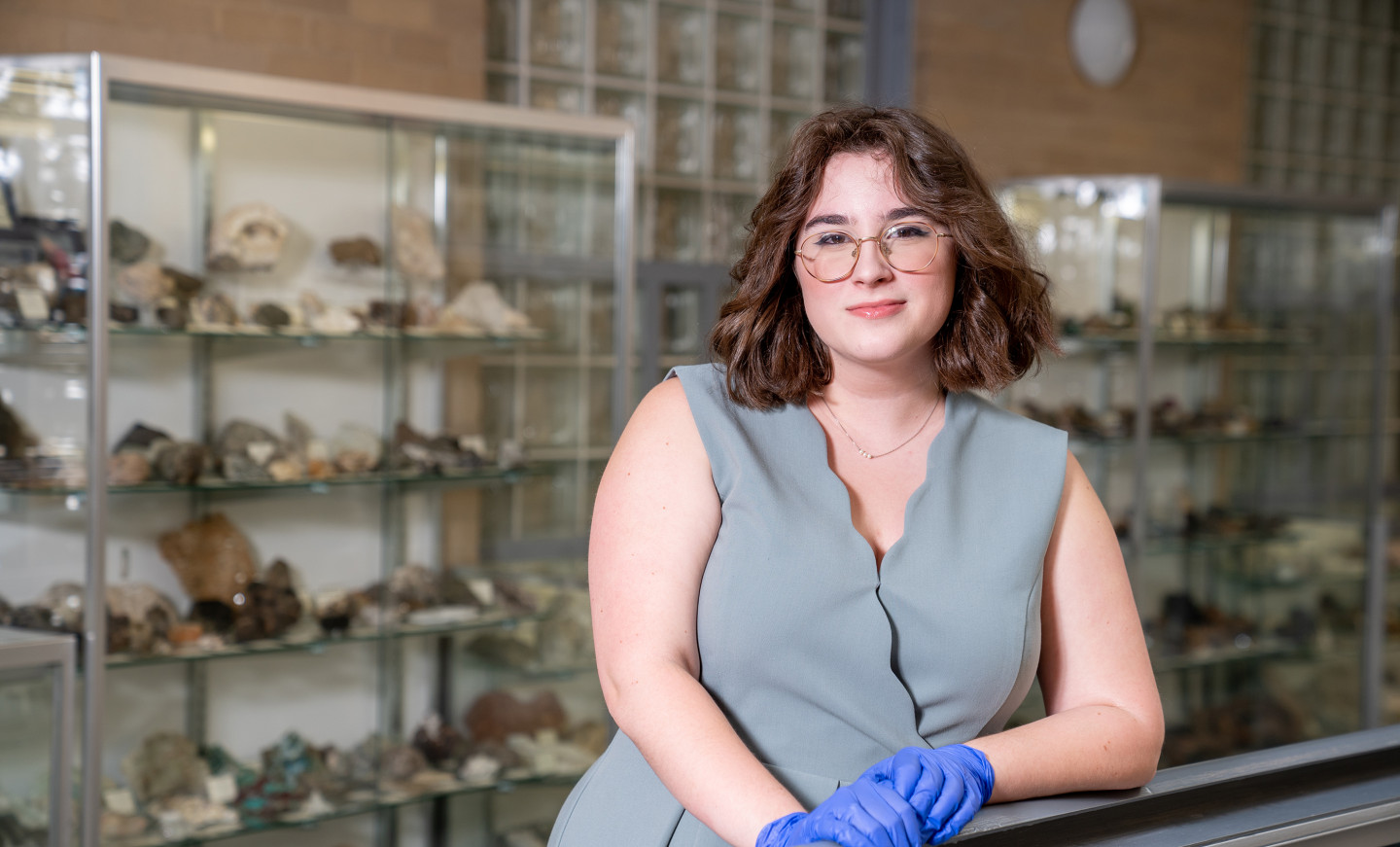 For many visitors to Pfahler Hall, the extensive collection of hundreds of minerals, fossils, and artifacts on display in a first- and second-floor museum-like exhibit represents a trip through time, both historical as well as geological. It is well-documented—in the pages of Ursinus Magazine and the annals of the Ursinus College archives—that a portion of the collection was the pride of the late E. Lee Porter ’35 (1913-2008), who gathered or purchased some 1,100 items throughout his life.

Carefully maintained and curated by Ursinus environmental studies faculty members and students over the years—and expertly managed by geologist and Associate Professor Leah Joseph (she calls it her “at-work hobby”)—the collection has become an invaluable resource to one student pursuing research in the natural sciences and museum studies.

Juliana Valerio ’24, a biology major with a double minor in environmental studies and museum studies, is taking a keen interest in Porter’s collection—specifically, the 250 individual Native American artifacts on display as part of the Pfahler exhibit. “They have cultural and historical value,” she said. “My goal is to document the artifacts and go through the process of returning them to Native American groups should they want them.”

The project exists at the intersection of Valerio’s two academic passions. Her museum studies background has taught her much about the ethical obligation museums have in returning certain objects to their ancestral homes; and her love of geology and paleontology adds a scientific element to this work, which she started in earnest as a Summer Fellow under Joseph’s tutelage this year. Valerio will continue working on the project throughout the 2022-23 academic year.

“As I was looking into career paths and research, I realized that if I wanted to dive deeper into my interests, [working in science and museum studies] museums are the place to be,” she said. “I want to learn more about the scientific why. I’ve found a nice balance between museum studies and paleontology.”

When a Native American nation inquired whether Ursinus might have any artifacts of cultural value to them, Joseph asked Valerio if she’d be interested in pursuing this question as a research project in order to investigate all of the artifacts in the Ursinus collection, and to compile proper documentation of the objects to share with indigenous groups to whom they may have once belonged.

“I take measurements of the arrowheads, look at the artifacts up close with a magnifying glass, and denote any significant markings on them,” Valerio said. “Every marking tells a story about where the artifact has been.”

The process also includes a written summary, condition examination, condition reporting and documentation, photography, and contact with the Native American groups to potentially returning the items. Meghan Tierney, an assistant professor of art history, assisted by providing information about techniques used for photography and the documentation process.

Since Porter grew up and lived locally for most of his life, the collection has many artifacts that came from southeastern Pennsylvania, which is within the ancestral home of the Lenape people. The Ursinus team has already been in touch with the Delaware Tribe of Indians by way of last year’s “Welcome Home” project and partnership with Ursinus and the Perkiomen Valley School District (Ursinus Magazine, Spring 2022). While the artifacts will be offered back to indigenous groups, some may only want to document them for their own databases, and Ursinus would keep them on display with their permission and proper acknowledgement.

Porter’s collection of artifacts, fossils, and minerals began as a child. He attended Ursinus from 1931-34 before attending medical school at the University of Alabama and was later awarded his Ursinus degree in 2005, as it was typical at the time to continue to medical school without finishing one’s undergraduate degree. It makes up just a portion of the Pieces of Earth’s History display in Pfahler, which includes some 1,200 distinct samples from the Paul J. Lazar es­tate—Lazar was a prominent figure in the Philadelphia Mineralogical Society.

Digitizing the entirety of Pieces of Earth’s History for display online (including the Native American artifacts, with permission) is yet another important part of the project. “Giving them a permanent, safe space in a digital home would allow the collection to be accessible for any audience,” Valerio said.

“I’ve learned so much from so many different aspects of this project,” she said, noting the valuable lessons she’s received from Joseph and Tierney; Berman Museum Creative Director Deborah Barkun; and even from a behind-the-scenes tour of the Academy of Natural Sciences from curator and previous collections manager Ted Daeschler, a Drexel University professor.

“I have a lot of ideas—a lot of them are written down—and I would love to pass this project on to a team of students who come from different departments so they can learn how to work together and how different [academic disciplines] apply,” Valerio said.

“You can really connect with [the artifacts] on a personal level. That’s what I hope others can get out of it, too,” she said. 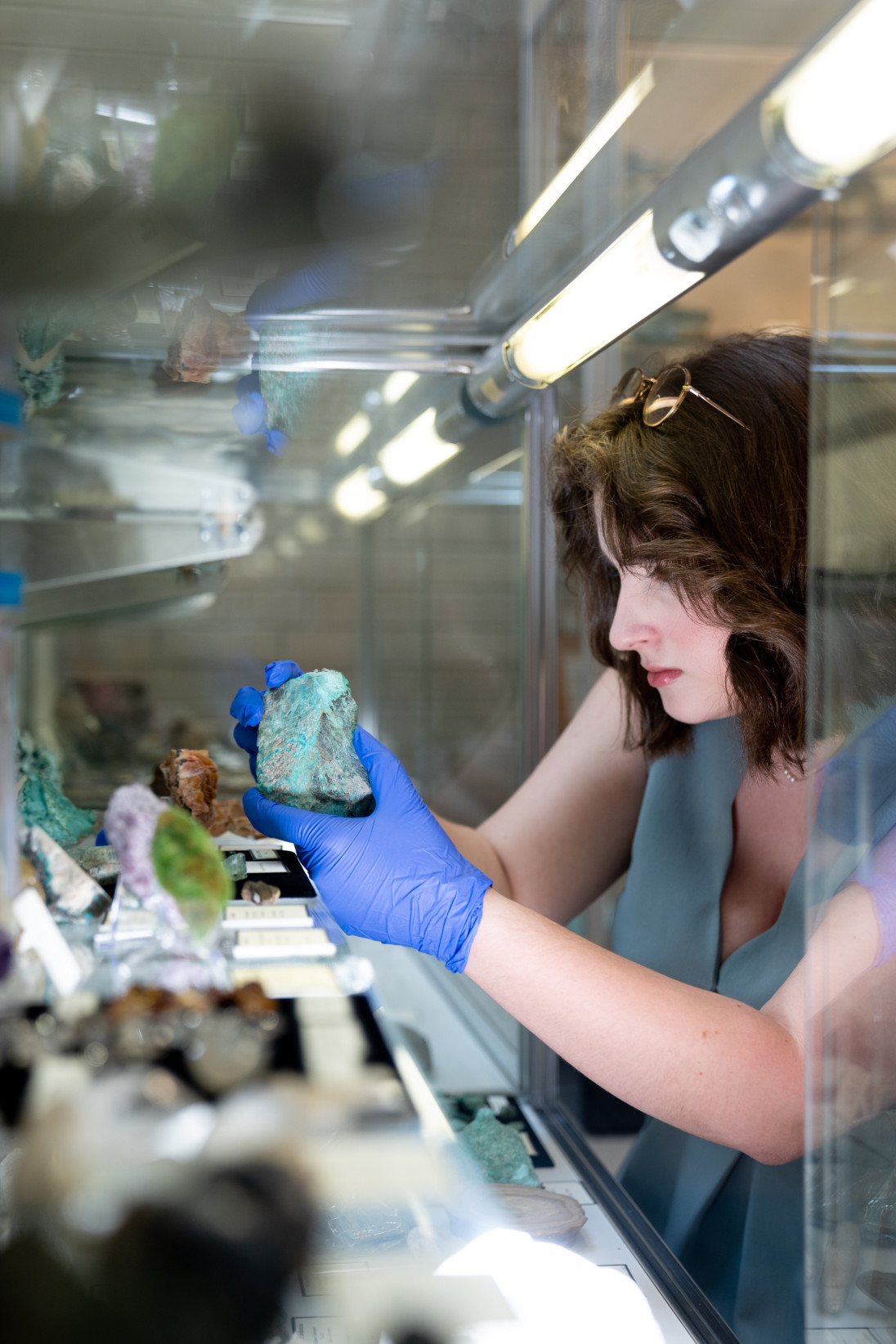 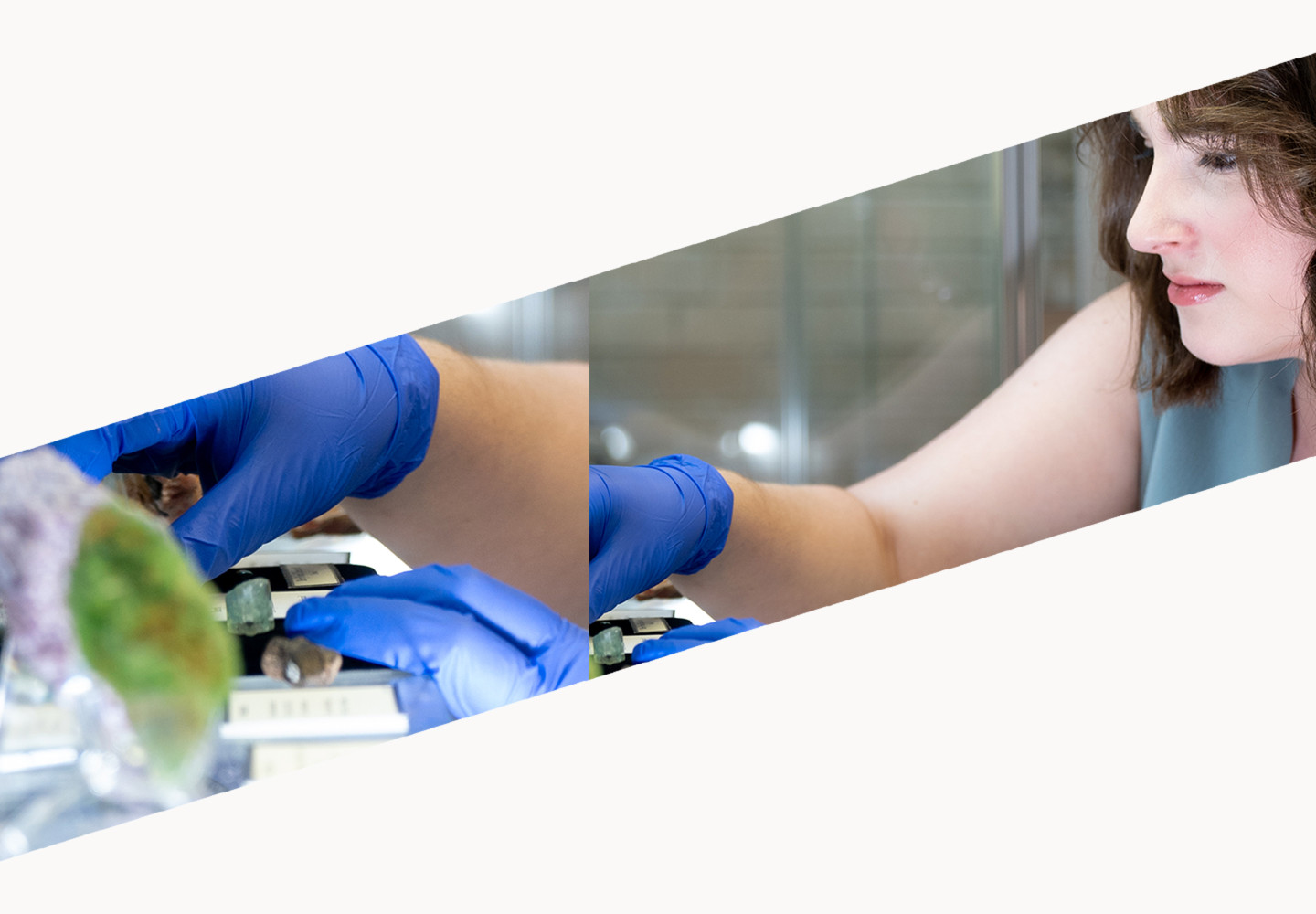