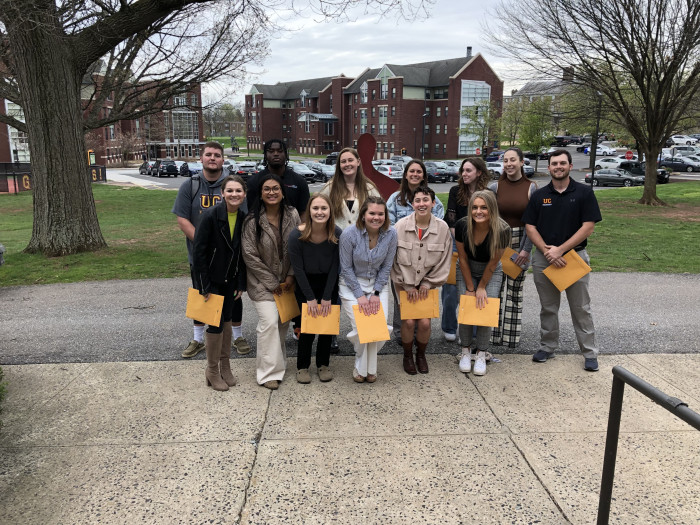 Lambda Pi Eta is the official communication studies honor society of the National Communication Association (NCA). As a member of the Association of College Honor Societies (ACHS), LPH has nearly 400 active chapters at four-year colleges and universities worldwide. LPH was founded in 1985 at the University of Arkansas. LPH became a part of the National Communication Association (NCA) in 1988, and the official honor society of the NCA in July 1995. LPH represents what Aristotle described in his book, Rhetoric, as the three ingredients of persuasion: Logos (Lambda) meaning logic, Pathos (Pi) relating to emotion, and Ethos (Eta) defined as character, credibility and ethics.