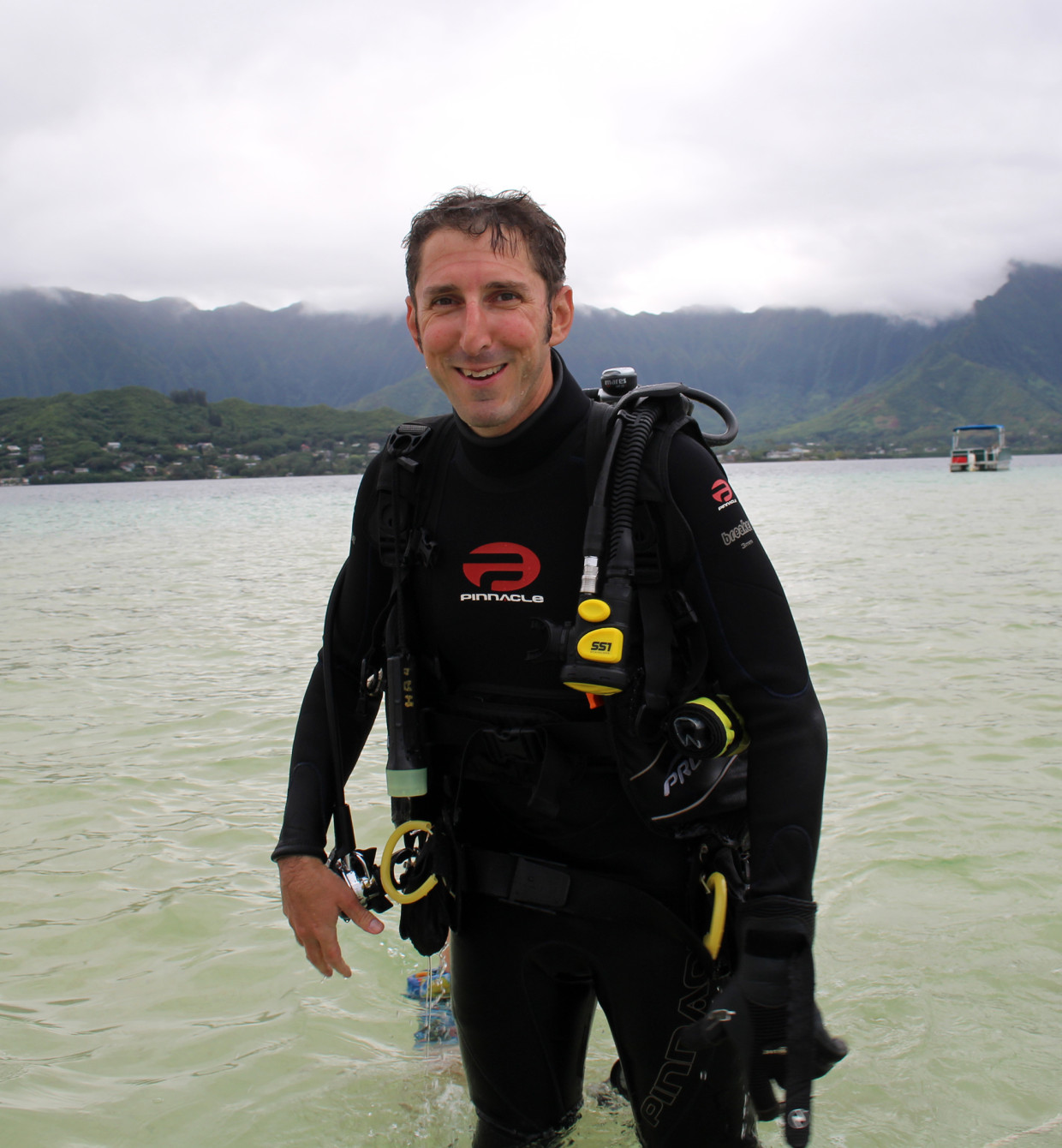 A View from the Sea Suite

Dan Simon ’97 has spent more than two decades traveling the globe—and nearly space—for the National Oceanic and Atmospheric Administration (NOAA). It’s been a whirlwind of different locations, different places, and different activities—all as part of “an amazing career path that so few people know about.”

Simon came to Ursinus in 1993 intending to become a doctor. Plans changed along the way, but Simon still knew that science was where he needed to be.

After graduating with a degree in biology, he headed to the University of Pennsylvania’s veterinary hospital, where he worked to understand smooth muscle motility in dogs and cats.

While at Penn, he decided to take advantage of the school’s tuition benefit for employees, and he was accepted in the master of environmental studies program. It would net a degree he intended to put to use as a city planner. But a field course on geology and ecology that took him out to Montana and Wyoming near Yellowstone National Park changed his trajectory.

“After that, I was like, ‘Wow, I never want to work in a city again,’” said Simon. While on a field expedition to the Canadian Arctic, a fellow researcher told him about a friend’s new venture. “It was a confusing thing where she wasn’t a scientist, but she was supporting science out at sea with a government organization called NOAA.” His interest piqued, Simon applied.

“I’ve now been with NOAA for more than 21 years, and it’s taken me literally to the ends of the earth, around the earth, and it almost took me to space.”

Indeed, in 2016, Simon applied to be an astronaut. “I ended up getting into the finals, among the last 50 people,” he said. “Unfortunately, I got the call saying I wasn’t chosen, but it was a pretty neat run and a really amazing experience.”

Simon is currently a captain in the NOAA Corps and is among the officers who handle the administration, scheduling, and driving/flying of its 15 ships and nine aircraft. “My career has been a back and forth between going to sea and being on land.”

The starting point was on a ship called Miller Freeman in the Bering Sea and the Gulf of Alaska. “If you watch the Deadliest Catch on Discovery Channel, it’s a very similar environment to the boat we were working on.”

Assignments that followed included managing laboratories in American Samoa, the South Pole, and Greenland; conducting marine mammal and ecosystem surveys along the east coast, the Caribbean, and the Gulf of Mexico; and commanding a vessel out of Hawaii that did coral reef assessments across the Pacific Ocean.

Next he had “the honor and opportunity to take [NOAA’s one global-class ship] from the Seychelles in the Indian Ocean, over the Great Barrier Reef and across the Pacific, and over the earth through the Panama Canal, and back to Charleston, South Carolina” before becoming director of marine operations—overseeing the 15 NOAA ships—in Oregon.

Now he’s back in Hawaii, where he works with the Department of Defense as the NOAA Liaison to United States Indo-Pacific Command.

“NOAA is the premier organization that is collecting climate data … and the Department of Defense has installations and activities around the world that are being impacted by climate change,” said Simon. “I’ve tried to bring NOAA subject matter experts and NOAA data to Department of Defense decisions so that they make the right calls. I try to create efficiency, remove redundancy, and inform both parties of what they’re doing so that they’re both more efficient organizations.”

What’s one telling example of climate change that he has witnessed firsthand?

“Sunny day flooding. If you go to Norfolk, Virginia, or Charleston, South Carolina, or even here in Honolulu, there are days when the moon is full, and just because the tides line up—there are no storms, there’s nothing special [happening]—the streets are under water. That shouldn’t be.”

It’s the data that Simon helps collect, the policies that data has affected, and the subsequent impact on humankind that he finds so rewarding.

“When you get a ship underway, and you do work in the South Atlantic Ocean, for example, no one person is running that thing. It’s not the captain of the ship. It’s not the person running the agency. To get a team of literally hundreds of people to come together to make all that happen feels pretty good because a lot of stars have to align for all that to happen.”

It’s a clear illustration of the fact that science takes a lot of people. “The support of science is where I consider myself,” said Simon. “I need that scientific background, but at the same time, there is so much out there to see and do even if you’re not the one at the pinnacle of that that scientific pursuit. The support of it is just as exciting to me.”