A Look Toward the Future, as One Ursinus

Robyn E. Hannigan, Ph.D., was officially installed as the 19th president of Ursinus College on Friday, October 14, in the Floy Lewis Bakes Center Field House during a ceremony that reaffirmed the college’s commitment to the liberal arts and sciences, and established initiatives designed to build on the college’s 153-year history and move it forward as “One Ursinus.” 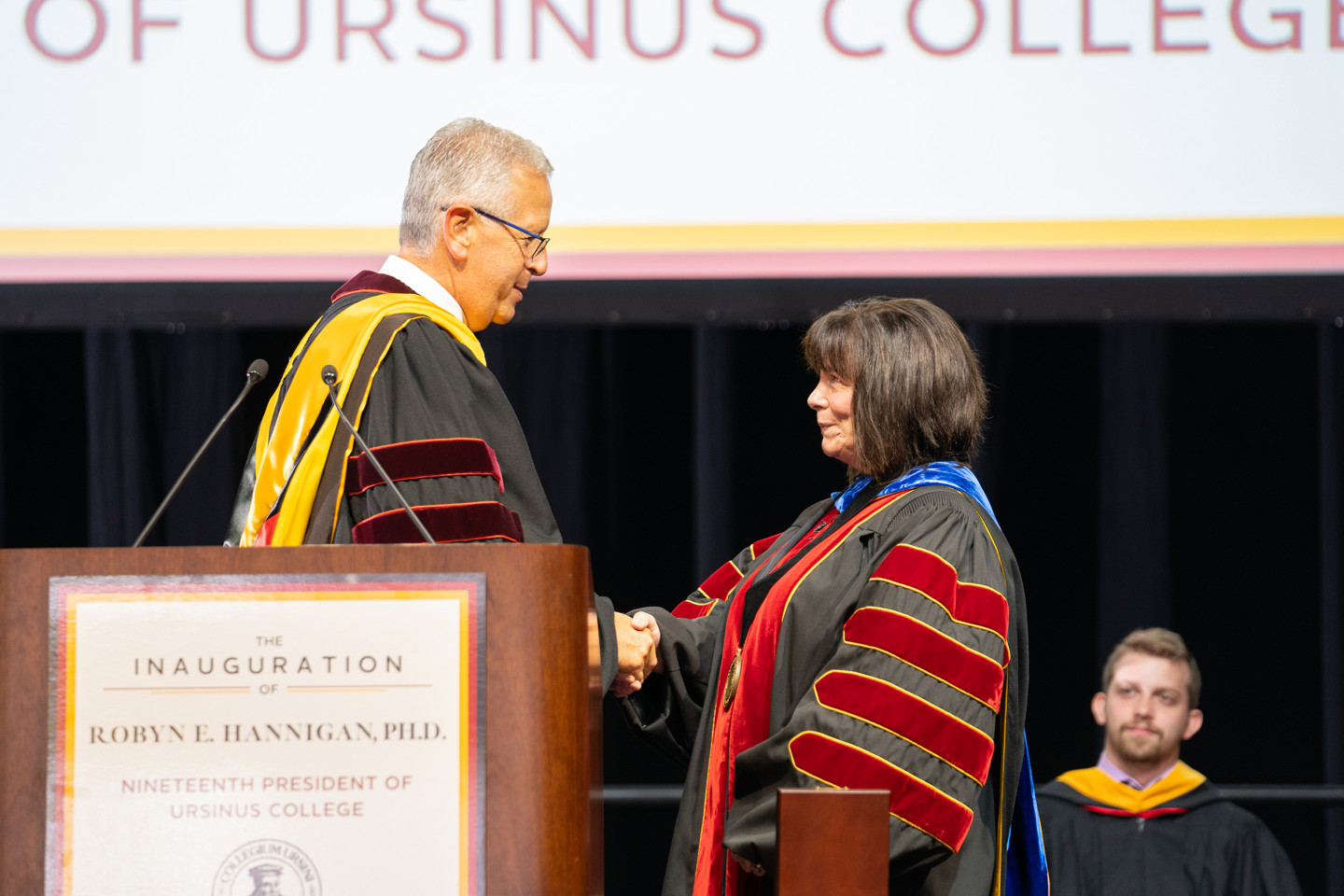 Just outside Helfferich Gym on a bright October Friday morning, Margie Connor donned her red and black academic regalia and posed for a photo taken by Associate Professor of English Kara McShane. Connor, a 35-year employee of Ursinus, beamed.

“I feel hopeful. I feel honored,” she said. “And I feel like I’m fulfilling something that I never even knew was on my bucket list.”

Connor, an administrative assistant for the English and history departments, robed near Lori Scharneck, an administrative assistant for the biology department, and Professor of Biology Ellen Dawley. Inside the gym, about 75 staff and faculty—some of them members of the Ursinus family for decades; others for only a few years—lined up along with students to process in the inauguration of the college’s 19th president, Robyn Hannigan. Leading the charge: the macebearer, Professor of English Jon Volkmer. 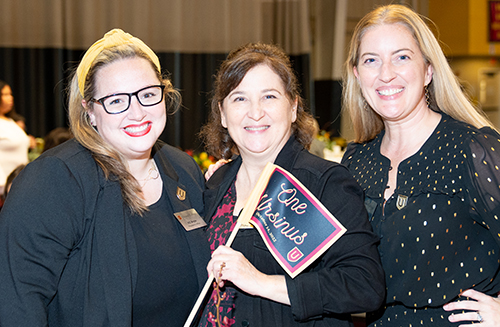 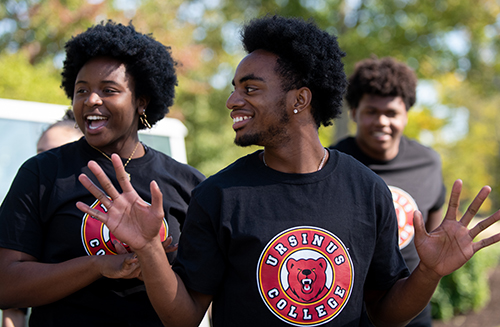 It was a fitting scene for a community that prides itself on coming together for a common mission, especially since two pandemic-plagued years kept a traditionally close-knit campus away from the heart of Collegeville. This truly was a day for Ursinus.

“No one does events quite like Ursinus,” Hannigan said during a campus kick-off luncheon on October 12. “And although this week is all about my inauguration, it’s also about you.”

Hannigan, who officially became president on July 1, often speaks about the power of “One Ursinus” and, true to form, anyone who wished to process with her to the Floy Lewis Bakes Field House—including staff, a first in recent history—was invited to do just that. The significance of such a celebratory moment wasn’t lost on the participants.

“I always hear from employees about how strong of a community we are, and this—this is all about community,” said Kelley Williams, associate vice president for human resources.

“I feel like it’s just a huge point of pride,” said Michael Green ’23, the senior class president and one of the inaugural flag bearers, and a student representative on the presidential search committee. “It’s especially big for me because I got to see this through from the very beginning, and I’m seeing now how excited everyone is about Dr. Hannigan.”

And so, they processed: Staff and students; faculty and representatives from other institutions of higher learning (which included some Ursinus alumni); honored guests and distinguished local and state officials. It was the embodiment of Hannigan’s vision.

Investiture—an ancient ceremony that is counted among the most revered rites of passage in academia—is one of Ursinus’s oldest traditions, dating back to the late 1800s. The word comes from the Latin phrase for “dress in robe,” and has come to mean “one who will don the university’s insignia and regalia.” Colleges and universities view the investiture as an opportunity to welcome a new era and celebrate as a community.

Following welcoming remarks from the campus, borough, and commonwealth communities, Joseph M. DeSimone ’86, P’12, H’99, the Sanjiv Sam Gambhir Professor of Translational Medicine and Chemical Engineering at Stanford University and chair of the Ursinus College Board of Trustees, officially invested Hannigan with the college’s bronze presidential medallion—this one worn by two of Hannigan’s predecessors, Brock Blomberg and the late Bobby Fong.

“[Hannigan] is a change maker who thinks differently and whose career as a researcher and creator has been grounded in inquiry and experimentation—things that have informed my own journey as a scientist and entrepreneur,” DeSimone said.

After bestowing the medallion upon Hannigan, he said, “I assure you of our confidence in you and pledge our support to you as you strive to continue the greatness that is this college’s past and destiny.”

Much of academia is rooted in tradition, but after spending so much time proudly looking back at more than 150 years of success, Hannigan’s eye is on the future, particularly on forward-thinking priorities that include a passion for making college accessible to all.

“College-bound students of all economic and racial backgrounds are choosing to explore options other than college at unprecedented rates, especially students of color,” she said. “And yet too many colleges and universities still take pride in high selectivity rates. That is exclusionary, and we should call that out. Prestige should never, ever equate to a college’s ability to decline admission to thousands of students. Why shouldn’t we instead provide greater access and opportunity to those students who don’t think a college education is within reach?”

In her speech, Hannigan reviewed aspects of the next strategic plan, Every Student’s Success, as well as the need to diversify revenue; invest in infrastructure; and forge new partnerships with organizations that are driving real change.

“We have a rich history of research and innovation, and I’m fully invested in raising our profile so that Ursinus is a partner in developing informed policies that benefit society. We should embrace this calling,” said Hannigan, who is committed to making the “real, tangible benefits of an Ursinus education” more widely known.

Hannigan said that she believes a liberal arts education is a vehicle for positive action and transformational change—that it provides a lens through which we can view the world and take necessary risks to manifest needed change.

In that respect, Ursinus is now leading the charge in health and wellness. During what was already a landmark day for the college, Hannigan performed her first official act after investiture by signing the international Okanagan Charter, making Ursinus the first liberal arts college in the nation to join the pact. 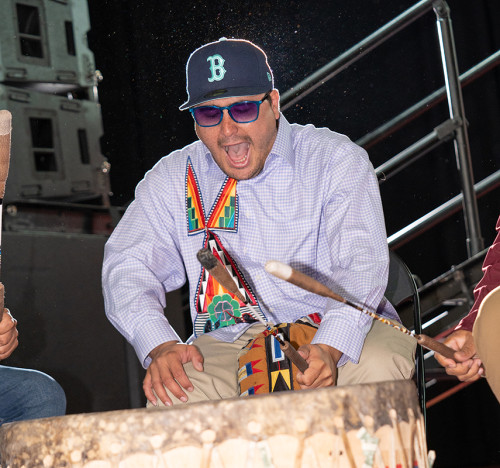 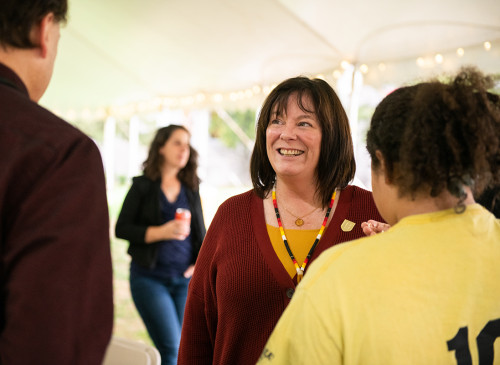 Hannigan had announced her intention to the sign the charter at a president’s picnic that officially kicked off inauguration festivities. The days leading up to the inauguration ceremony also included a student celebration; “Every Student’s Success” presentations; faculty and staff sharing their “Ursinus moments;” a leadership dinner; and a community art workshop at the Berman Museum of Art that featured Philly-based artist Laura Hricko.

A community-wide luncheon followed the ceremony. Held during a week that began with Indigenous Peoples Day, the inauguration ceremony honored Hannigan’s ancestral roots (she is descended from the Narragansett Indian Tribe) and members of the Delaware Tribe of Indians, who are working in partnership with Ursinus in the Welcome Home Project, were in attendance. Phillip White-Cree, from Clarkson University (where Hannigan was provost) and a member of the Mohawk community of Akwesasne, opened the ceremony by conducting the Ohen:ton Kariwatehken, which translates to “the words said before all else,” and then read the college’s land acknowledgement statement. Blazing Bear, a Native American drum group from Oklahoma, closed the ceremony with a performance.

“This has been a campus of discovery and of invention, where scholars and artists and athletes share a common DNA,” Hannigan said. “I, like my predecessors, will carry into the future a living vision of the liberal arts that will forever remain grounded in the common good and in service to one another.”

“Let’s embrace who we are and be bold and proud and loud in telling that story—a story that includes our commitment to people, places, and the planet,” she said. 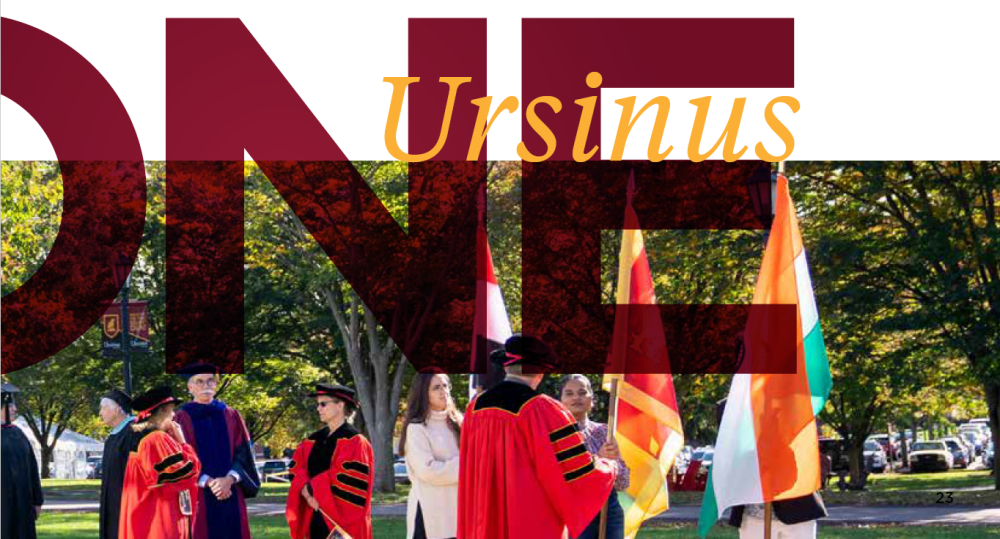 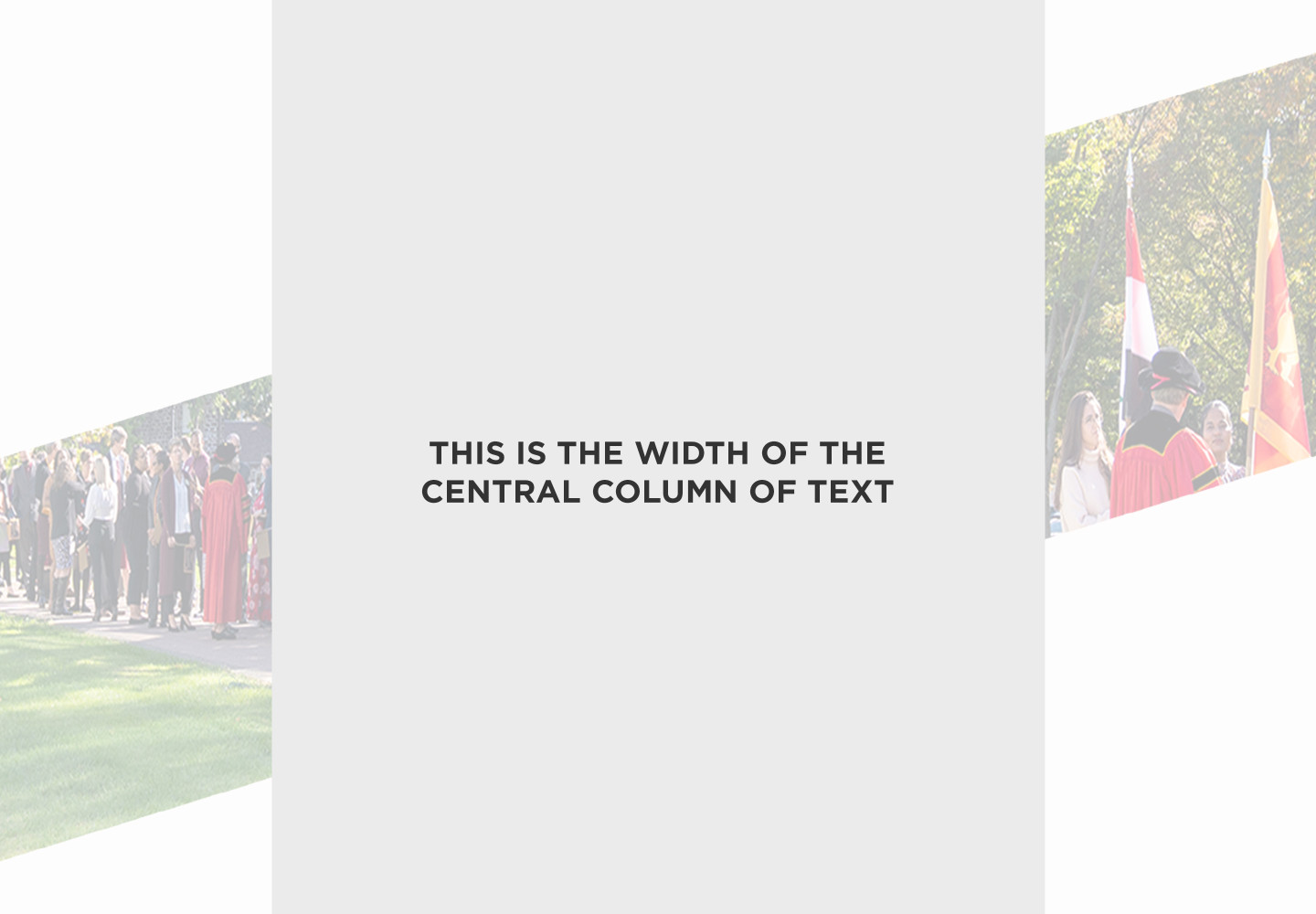