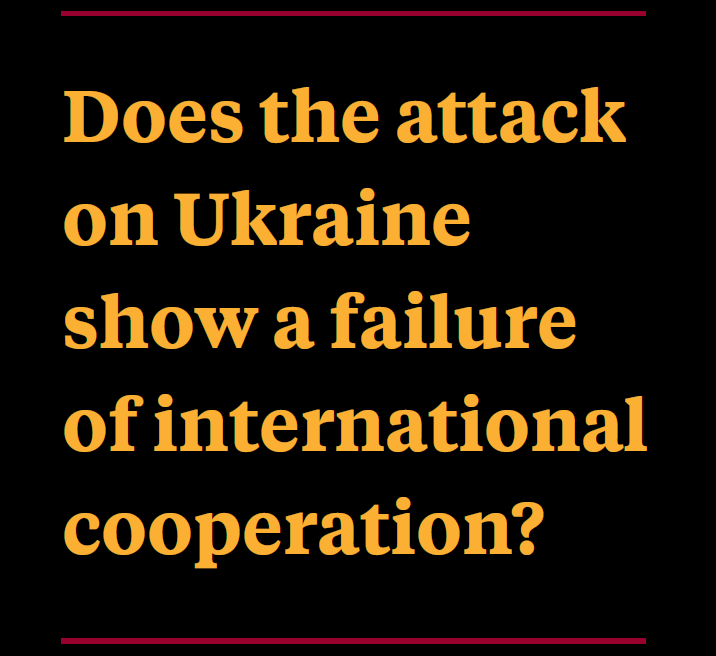 Negotiations between Russia and Ukraine currently appear futile. Why? Political science research points to the so-called commitment problem. This problem implies that conflict parties cannot reasonably trust the other side to hold up their end of a potential bargain, leading to continued war. There are solutions for this problem, though—but none of them appear to work in this case. Some of my research shows that increasing the cost of conflict and boosting credible rewards for ending the fighting can make negotiated solutions more likely. Such solutions have worked in otherwise difficult conflicts, but are unlikely to apply here. Russia had already cut or lost many of its ties to international organizations and sizable economic partners with the 2014 annexation of Crimea. And Russia still holds control over major fossil fuel resources, allowing its autocratic government to reap benefits it can redistribute to key supporters. Calls to get both sides to the negotiation table ignore this reality.

International organizations continue to support conflict resolution in vital ways. Material resources can be key, as is the case in Colombia. Monitoring implementation and compliance is often more acceptable to conflict parties if it is provided by international third parties. In the case of Ukraine, the United Nations facilitated the negotiation of an agreement to resume grain exports from Ukraine (against a Russian blockade) and fertilizer exports from Russia (against sanctions). Both are sorely needed in Eastern Africa and other parts of the world, where climate-related disasters and a Western-driven focus on export-oriented monocultures lead to increased reliance on food imports.

UN observers have declared that there is credible evidence for organized sexual violence and attacks against civilians by the Russian military. In this context, Sierra Leone introduced a resolution—which passed in September—condemning sexual and gender-based violence. As some of my research shows, atrocities during armed conflicts tend to create a long-lasting legacy of further abuse and human rights violations long after conflicts end.

The two aforementioned actions, information gathering and condemnation, suggest where international organizations can advance human rights and protect civilians, though at a slow pace (as Ursinus students know from their own experience in Model UN conferences). In 2020, the Women, Peace, and Security Agenda created a framework for the United Nations, governments, and non-governmental organizations to focus on the role of women in conflict and conflict resolution. As part of this agenda, the UN and other groups have created a variety of mechanisms to document sexual violence more robustly in conflict settings and make the prevention of sexual violence a more central piece of conflict resolution efforts.

International organizations have also become more active in taking steps to prosecute sexual violence during war. The International Criminal Court (ICC) engaged in a preliminary investigation of war crimes committed in Russian-controlled areas of Eastern Ukraine since 2014. Though critics have pointed out that the ICC’s short history is rich in shortcomings, the court’s investigations in Ukraine and elsewhere provide important evidence that for future prosecution and post-conflict justice. This very topic—the international legal response to sexual violence in war—is the subject of current honors research in politics by Ursinus student Claire Velte ’23.

Some of the modern architecture of international cooperation on economic development has its roots in post-conflict reconstruction, as illustrated by the World Bank’s original name: “International Bank for Reconstruction and Development.” Today, international organizations in the field of development face a multitude of criticisms, including a tendency to follow the preferences of its wealthiest members and a disregard for local stakeholders and social and environmental concerns. Yet, these organizations have also proven to be major funders in fragile settings. As Ukraine faces dire economic prospects during war, the International Monetary Fund has dispensed emergency funding packages. Such funding exists because countries have pooled their resources in organizations like the IMF, facilitating faster and more effective responses.

While large organizations like the IMF are often in the spotlight, non-governmental organizations (NGOs) play a vital role in conflict and fragile settings and post-conflict reconstruction. As Rachel Arthur ’23 is currently exploring in her honors research for her International Relations major, NGOs have different reasons and practices for engaging in conflicts. Often, their work is more closely connected to local stakeholders; at the same time, massive security threats also force many NGOs to suspend or cease operations, as several NGOs did during Russian missile attacks on Ukraine in early October.Far beyond Ukraine, the stakes for international organizations are high. As political scientists have long argued, international cooperation is always political—a competition over who gets what, when, and how. Beyond the headlines of competition between major powers and prominent leaders, though, international organizations have shown some resilience and adaptability to change.

Johannes Karreth is an associate professor of politics and international relations at Ursinus College. He is the author of Incentivizing Peace and advises the Model United Nations program.