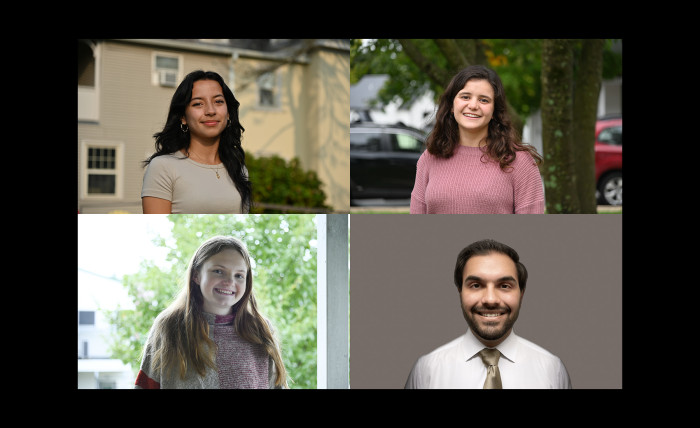 If you could get paid to travel the world for a year pursuing a passion project of your own invention, what would you do? For this year’s four Watson Fellow nominees, the prospective pursuits are elder care, animals, woman leaders, and snow.
by Tommy Carroll Armstrong ’20 December 07, 2022

Every year, Ursinus is one of approximately 40 schools to nominate four students for the Thomas J. Watson Fellowship, a postgraduate grant that allows recipients to follow their dreams around the globe.

For seniors Nikole Fandiño Pachon, Jeff Cocci, Paige Bristow, and Austin Mickles, the hard part of the application is over. They have all submitted two 2,500 statements describing their individual passions and what they would do in their year of travel, along with budget sheets and contact lists; they also interviewed with a representative of the foundation.

In the meantime, the foundation and the dedicated cohort of Ursinus mentors, led by Director of the Writing and Speaking Program and humor writer Talia Argondezzi, urge the prospective fellows to keep talking about their projects, which all contain the unstoppable spirit of the next generation of leaders and thinkers. 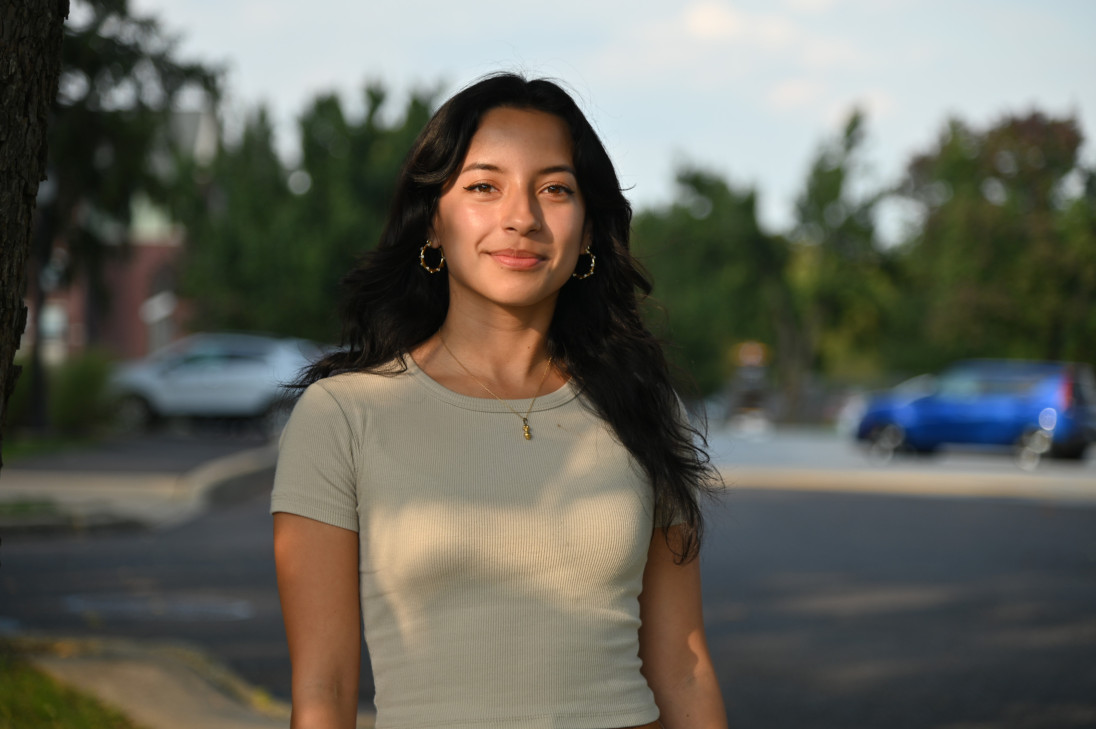 Nikole Fandiño Pachon ’s project was inspired in part by her grandfather, who was feeling disillusioned with doctor’s visits, which he believed were becoming less human and more mechanized. Doctors avoided eye contact, and they were always laser-focused on the condition and not the person struggling with it.

This led to her thesis, a worldview which has quietly run through Fandiño Pachon since she was a child: “I believe that care is not only about medicating or treating the body or a condition, but rather, about treating the person as a whole,” she wrote in her proposal.

Fandiño Pachon and her family moved from Colombia to the U.S. in 2016. As a kid, her father was a nurse in the Colombian army, and she would go with him to military hospitals and clinics where he would take care of wounded and sick people. She was still young when her father passed away, but she carries on his grace and humane will to help people feel better.

She was also inspired by a visit with the Muiscas, an indigenous tribe in Colombia, where she gained an understanding of their healthcare practices, which blend traditional medicine with music and dancing around a bonfire. She met with other doctors who based their practices on indigenous beliefs that balanced acupuncture and chiropractic treatment. “These experiences have given me some insight about how diverse care can be,” said Fandiño Pachon .

Her Watson mission is to evaluate how societies provide healthcare to older people, particularly those facing neurodegenerative diseases, which at times render them resistant to care and more difficult to treat.

Her trip would take her to Cuba, Argentina, South Africa, Japan, and New Zealand. Standouts from her full itinerary include medicinal Tango dancing in Argentina, farm animal therapy in New Zealand, and restaurants in Japan, fully staffed by people with dementia.

“There are many factors involved in care in a country: the government, the laws they implement, the organizations they promote and fund, non-governmental organizations, institutions such as hospitals, schools, and families, among others,” said Fandiño Pachon . “I would like to understand these levels in different communities, and how they play important roles in the care of the elderly.” 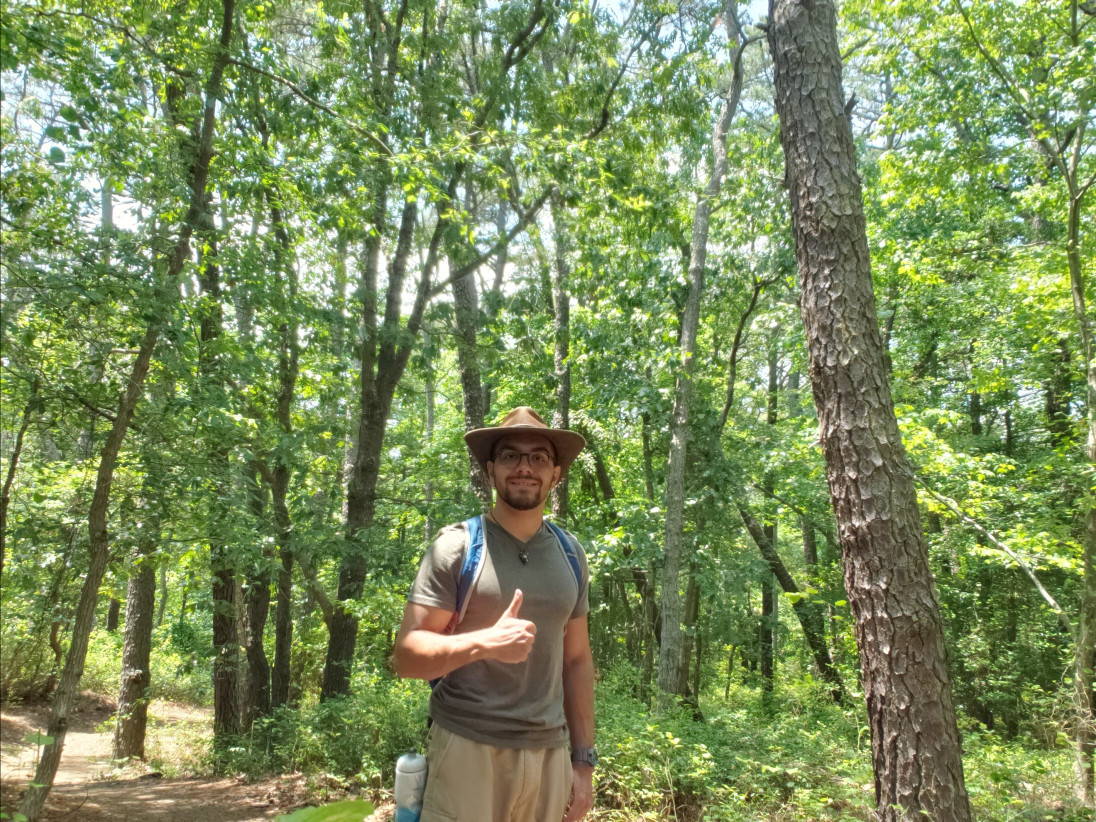 Jeff Cocci grew up watching Animal Planet, PBS, and the Discovery Channel. People like Steve Irwin, Jack Hannah, and David Attenborough would ultimately inspire Cocci to devote his life to animal conversation and creating “a better relationship with nature,” he wrote.

Growing up in Pottstown, Pennsylvania, the creatures he witnessed on TV set his imagination ablaze. “I owe much of who I am today to a Sifaka lemur puppet, Zoboomafoo,” Cocci wrote in an early draft of his personal statement, referring to the star of an educational program on PBS that was a constant fixture in his home.

Flash forward a decade or so and Cocci had an educational series of his own, posting regularly to Instagram about animal facts and conservation inspiration. He became the youngest ever educator at Elmwood Park Zoo in its near 100-year history. The environmental science major has also enjoyed educating himself with travel to places like Canadian woodland and Costa Rican rain forests.

Cocci’s Watson project developed from a special contract he made with himself in his years of engagement with animals. He vowed, “to live every day being grateful for our planet and all the organisms we share it with; and to seek a deeper understanding of our connection to them.”

His project aims to answer one of the four core questions of the Ursinus Quest: “How should we live together?” Only, Cocci is thinking about all organisms with whom we share the planet.

His trip would take him to various ecosystems and societies around the world, including the Faroe Islands, the Galapagos Islands, Madagascar, New Zealand, and the ultimate bed of his childhood television inspirations: Australia. His hope is to glean how different peoples share the planet with their nonhuman neighbors.

“The relationships we share with animals are varied and vast,” Cocci wrote. “Some are revered as symbols, as manifestations of a greater ideal or notable attribute. Some are valued only as a material, a thing to eat, a resource meant to be used if not exploited.”

On his possible year-long trek across the globe, Cocci hopes he can better understand these relationships happening everywhere there is life. 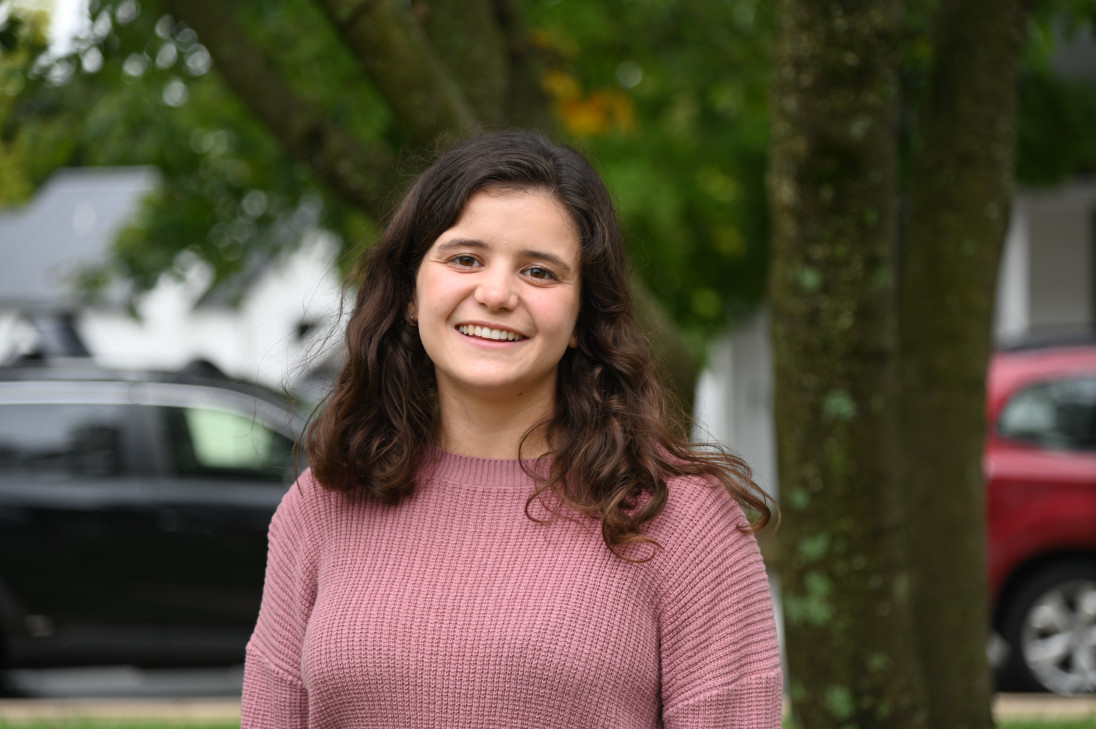 Paige Bristow first became a diplomat on the playground. At an Arizona elementary school on the Mexican American border, she would give away some of her packed lunch to replenish those seized by American customs agents, and she learned Spanish to communicate with her peers.

By 18, she had risen through the ranks of her part-time job and became the manager of her local pool. At school, she was captain of the field hockey team, and received a full athletic scholarship to Division I college.

While preparing for her four years of full-time athletic service, the college cut their field hockey program, and Bristow was left without plans. She pivoted and went to live with her aunt in London for six months.

When she returned, she enrolled at Ursinus, where she is a double major in biochemistry and international relations, with distinguished honors in both. A committed proponent of feminism and women’s rights, Bristow used her first honors project to measure and analyze the effects of the universal healthcare system structure on women’s health outcomes.

An internship for the U.S. Department of State in Washington, D.C., gave her the seed idea for her Watson project.

During the collapse of the Italian government in July, Bristow produced a research analysis for the traveling Foreign Service Officers in need of updates. “I realized that I am at my best when working on solving critical international issues,” she wrote.

Further, she was drawn to the fact that the few women in ambassador positions typically were assigned to hardship posts. Women make up a mere 20% of United States Ambassadors.

This stoked many questions for her: Are women assigned to hardship posts because of direct discrimination? Are they drawn to the hardship? Does society expect women to solve crises?

Bristow’s project would take her to India, Japan, Italy, and Switzerland to understand these questions in places where women are major leaders in politics and STEM (science, technology, engineering, and math). She hopes to understand the context under which women can rise to positions of power, and how crises—internal and external—influence their leadership. 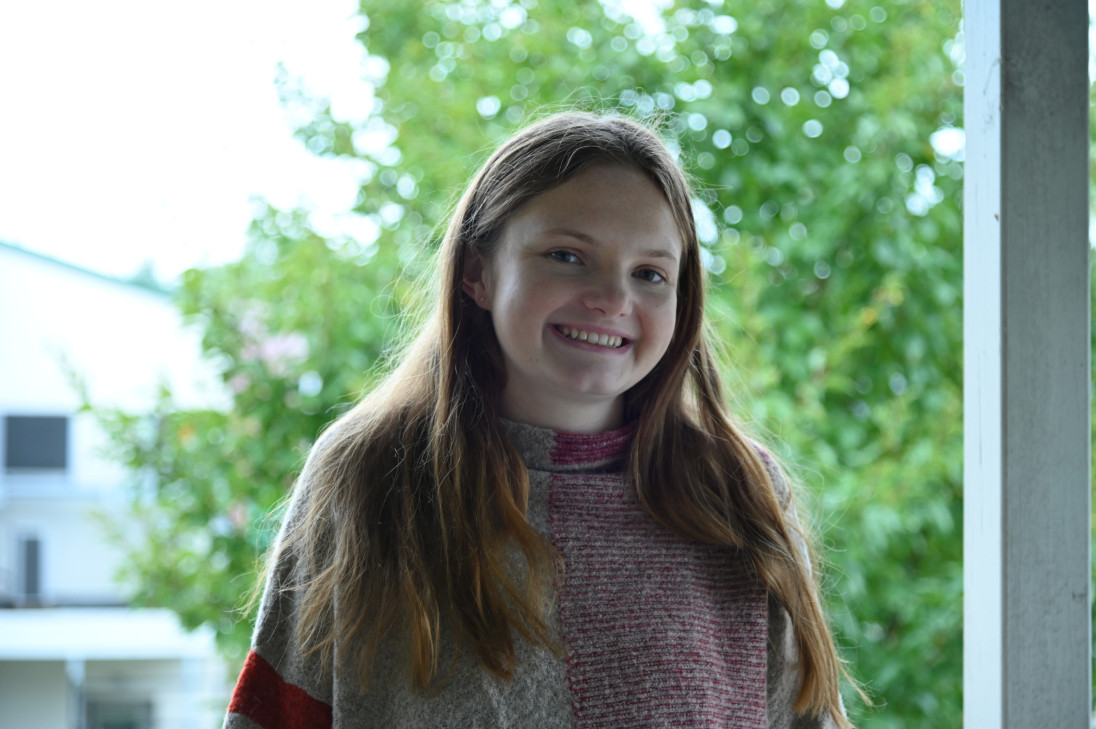 For Austin Mickles, winter is home more than anything else, according to the personal statement in her application.

She grew up in Colorado, and was skiing at the age of 2. She would snowshoe home after school, and she volunteered at a local nature conversancy leading snowshoe tours for school groups and tourists.

Now, every summer, Mickles and her friends mount a rafting trip on the Colorado River between Colorado and Utah for about a week. “We live off a 12-foot raft storing all our food, clothes, tents, cookware, and other camp essentials,” she wrote. Along the rocks, mineral lines indicate water levels —and snowfalls —from years past. Every year, they go down. “The last time we were able to float,” she wrote, “these lines were 10 feet lower than they were the year before.”

The preservation of snowy winters is essential to Mickles. “Snow brings life to everything,” she wrote.

When the pandemic hit, all the ski slopes closed. Mickles was devastated, but her long period of reflection yielded a revolution in her. Returning to Ursinus, her interest in climate change ignited. She took a capstone course in which she and her peers planted over 100 trees to double the size of the college’s existing food forest, an initiative in which she’s been involved since its founding her freshman year.

As a team lead on site, Mickles scheduled groups for site visits, organized large work parties for site maintenance, and created relevant digital content. In fact, it was she who created this role.

“Last year for my independent research, I conducted a 20-week incubation with over 100 samples to investigate cropping effects on soil nutrient cycling,” she wrote. “For this project, I had a team of four other researchers whom I directed to complete data collection and analysis.” She presented her work to both scientific researchers and local farmers.

As her passion for the environment grew, she spent the last summer in paleoclimatology lab with the National Science Foundation. Over the course of 10 weeks, she created a project that researched the impacts of volcanic events on El Niño precipitation patterns. She could see droughts across the globe impacting the unusual amounts of snow in other places

Mickles’ project has everything to do with snow. “I hope to gain a holistic view of what winter means around the world and how accelerating climate change has impacted these meanings,” she wrote.

“I want to work all these varied perspectives into a conception of winter around the world and why it matters to people.”