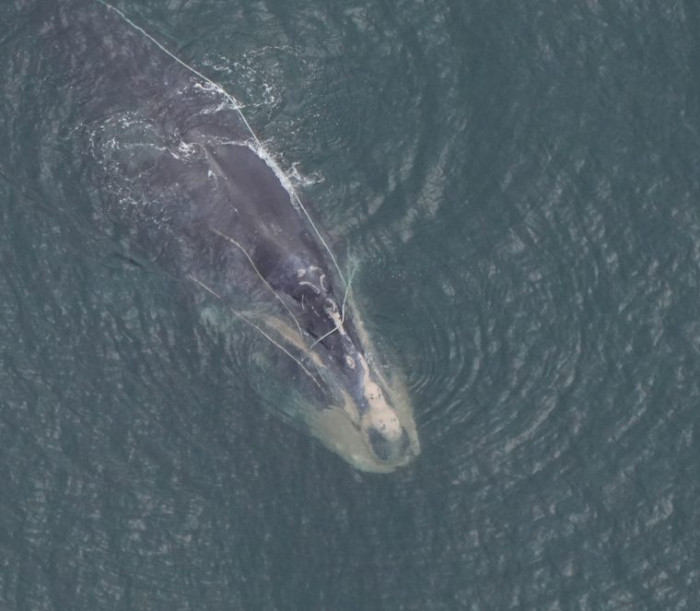 A new study from researchers at Ursinus College, Macquarie University, and the New England Aquarium has uncovered why the North Atlantic right whale species has been rapidly declining in population over the past eight years, attributing the decrease to a growth in human and fishing interferences in their natural habitats.

Through her own work, Leslie New, an assistant professor of statistics, is interested in understanding how human activities affect wildlife populations. Her background was instrumental for the collaboration on the right whale study, which made use of the application of a specific statistical tool, known as state-space models, for which New has expertise.

“It can be difficult to connect how the loss of an individual, and particularly a breeding female, reverberates through the entire species,” New said. “This work does just that, showing how the continuing loss of reproductively active females, coupled with the inability of other females to even enter the breeding population, has contributed to the species decline, and potentially their extinction within our lifetimes if serious action is not taken.”

The fewer breeding females, coupled with their low calving success, indicates that the species may be closer to functional extinction than previously thought, New said. The research found that of the estimated 142 female right whales alive in the population at the beginning of 2018, only 72 were actually capable of reproducing. Using an individual’s reproductive history—rather than age—when modelling population trends of female whales provides a better insight into their abundance.

“The evidence we provide for the change in the species’ stage structure means that the models used to direct the U.S. government’s recovery and management plans are no longer valid, since they are based on assumptions no longer supported by the data,” New said.

New collaborated with Joshua Reed, a Ph.D. candidate and from the School of Natural Sciences at Macquarie University in Sydney, Australia, who was lead author on the study; Peter Corkeron, senior scientist at the New England Aquarium’s Anderson Cabot Center for Ocean Life; and Robert Harcourt, an honorary professor from Macquarie University.

The study was published this fall in Frontiers in Marine Science.

The researchers noted that the addition of new individuals into the population, through the successful birth and survival of calves, is critical for the continued survival of the species.