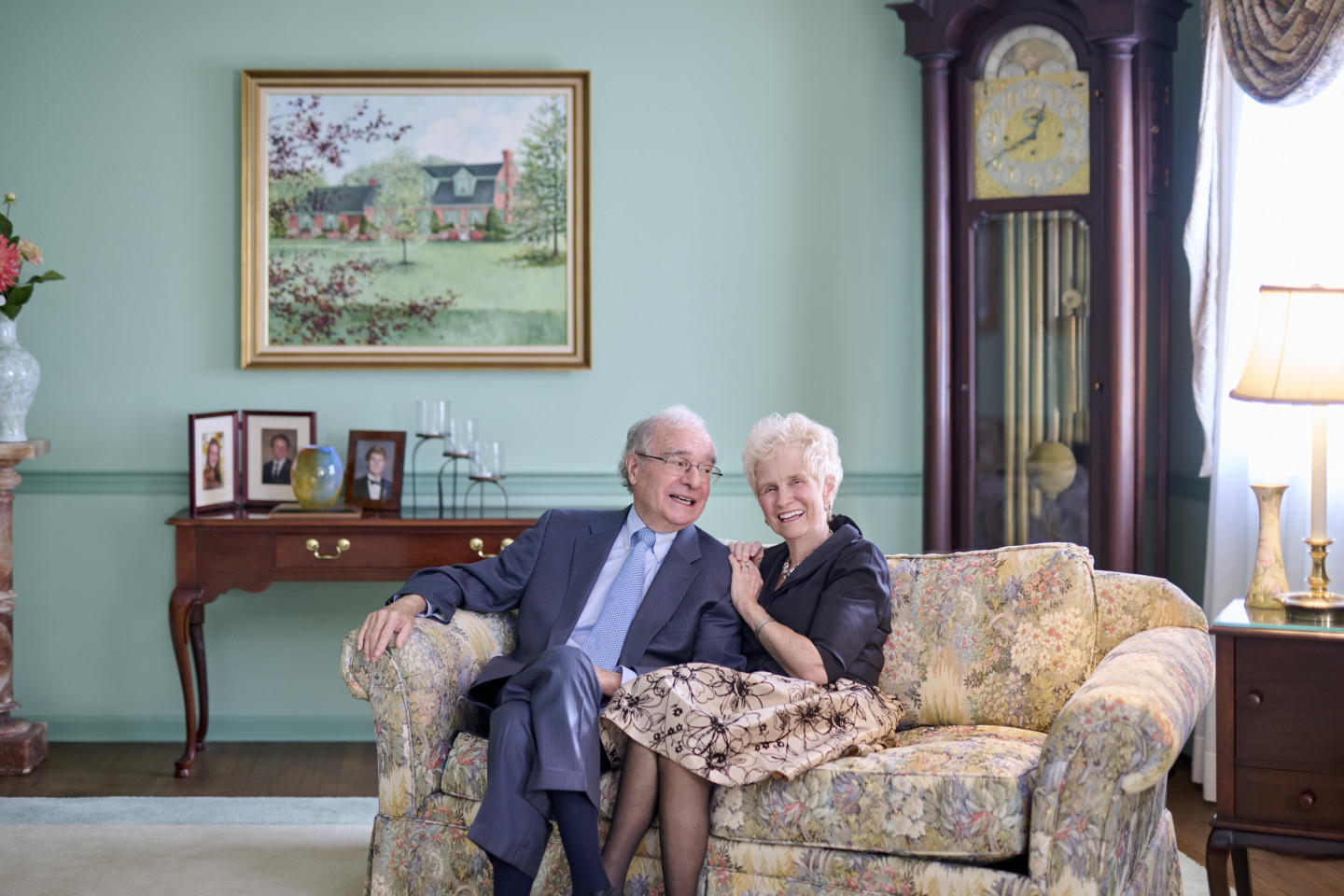 
For the Parlees, Giving Back Spans a Lifetime

This spring, Donald E. ’55 and Joan B. ’57 Parlee will be honored with the Bear2Bear Impact Award for Leadership and Service. They are deeply committed to advancing health care, the environment, and education by lending their time and personal philanthropy.
HomepageNewsFor the Parlees, Giving Back Spans a Lifetime
by Ed Moorhouse January 13, 2023

More than 60 years ago, the journey of Donald E. ’55 and Joan B. ’57 Parlee began at Ursinus College, where both were chemistry majors and Meistersingers. Since then, their lives have been shaped by an unwavering commitment to the betterment of society through giving back.

This spring, one of Ursinus College’s highest honors will be bestowed upon the Parlees: the Bear2Bear Impact Award for Leadership and Service. The award recognizes distinguished individuals or organizations who have had an extraordinary impact on their local, national, or global communities through leadership and service and have been unparalleled supporters of Ursinus and its mission.

Philanthropically, the Parlees have backed several key initiatives at Ursinus, including scholarships, capital building projects, summer student research, the Ursinus Fund, and, most notably, the endowment of one of the college’s three flagship academic centers—the Parlee Center for Science and the Common Good. That $2 million endowment was formalized as a bequest intention in 2016 and both Parlees have been involved as members of the center’s executive board. They have made a difference across Ursinus’s campus and within many aspects of its academic experience.

The Bear2Bear Impact Award will be presented at the fifth annual Bear2Bear Benefit & Bash, held on Friday, April 14, 2023, at the Union League Liberty Hill in Lafayette Hill, Pa. All proceeds from the event support the Bear2Bear Student Emergency Fund. The fund, established by Will ’61 and Joan Abele, assists students facing temporary financial hardship because of an emergency or crisis, providing special grants for students who have exhausted all other sources of funding.

“Family emergencies are devastating for everyone. With four children and nine grandchildren, we can well appreciate what such an interruption would mean for Ursinus families,” the Parlees said. “It is our pleasure to support the Bear2Bear Fund and it is an honor to receive this recognition from the college during an event that raises funds that have such a profound impact on our students.”

Don Parlee enjoyed a 43-year career as a board-certified radiologist at Doylestown Hospital. He helped to grow the hospital’s radiology department from one physician to 20 radiologists, was its chief for 25 years, and established its School of Radiologic Technology. He also served his country as a radiologist for the U.S. Army for two years, receiving a Bronze Star for his time in Vietnam. Don has given back to his profession more broadly through his involvement as president of the Bucks County Medical Society, vice chair of the Foundation of the Pennsylvania Medical Society, and for a decade as a delegate to the American Medical Association.

Joan Parlee taught high school science before making a career out of volunteerism. She first became involved with Big Brothers, Big Sisters of Bucks County in the 1970s, then started serving Doylestown Hospital—the only hospital in the country governed by a women’s club—and rose to become president of the hospital’s board of directors and chair of the Doylestown Health Foundation Board from 2016-2022. In recognition of her outstanding character, strong leadership, and spirit of service, Doylestown Health created The Joan Parlee Chairman’s Award in her honor. Joan has also been involved with the Questers, a society devoted to historic preservation, restoration, and education. She was acknowledged with the 2018 Bucks County Women’s History Month Award.

The Parlees have long acknowledged that the roots of their life together began at Ursinus and, as such, have remained closely involved with the college. Don has served in various roles with the Ursinus Board of Trustees since 1983, including for its advancement, investment, academic affairs, and enrollment committees. He has also served his class as chair and a member of its reunion committee. He was formerly the president of the Ursinus Alumni Association. Joan has also been involved with her class reunion committee. The college recognized her far-reaching impact and life of serving others with the 2013 Alumni Award for Service to Humanity.

The Parlees are parents to four children and nine grandchildren, with a few attending Ursinus as well, including Rikki K. Eble ’14, William B. Eble ’16, and Claire Parlee ’23.

Previous winners of the Bear2Bear Impact Award were Joan and Will ’61 Abele, Joseph DeSimone ’86, Nancy Opalack ’71, and Michael T. Piotrowicz ’78.