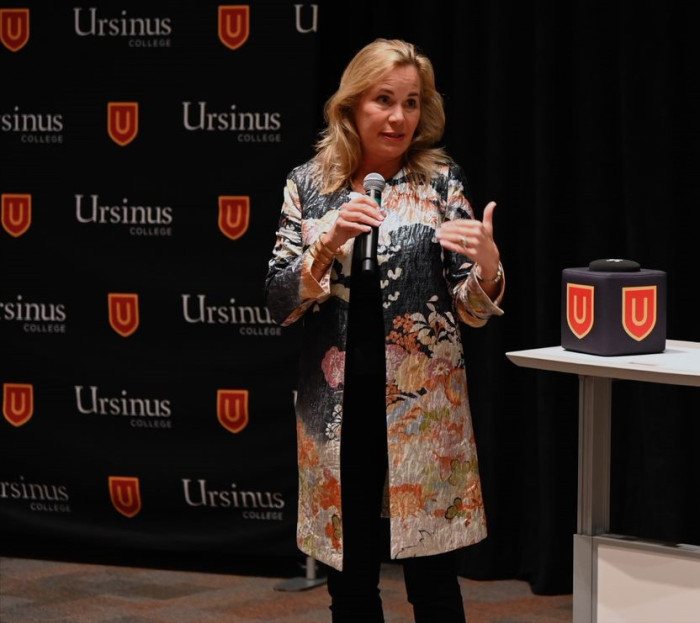 The math seems quite simple. Would you pay, say, $500 for a sweatshirt when a friend paid $50 for the same shirt somewhere else? You most likely would not.

That’s the example that Cynthia Fisher ’83, H’06, used to illustrate the wide discrepancy in healthcare costs that many people face from healthcare providers and insurers nationwide.

“You wouldn’t pay that much more for a sweatshirt, but would you pay 10 times more for an MRI without even asking? You wouldn’t want to, but people do, every day.”

Fisher is the founder of the nonpartisan nonprofit PatientRightsAdvocate.org, an organization focused on ushering in systemwide healthcare price transparency through advocacy, testimony, media, legal research, and grassroots campaigns.

“Healthcare price transparency can be truly transformative. It shifts the power to us to be well-informed about our healthcare,” she said.

Fisher is a life science entrepreneur, philanthropist, and corporate board director who is a pioneer in the use of umbilical cord blood as a lifesaving stem cell source for treating cancers, and she earned her MBA at the Harvard University School of Business. On January 24, she was a guest speaker during an event in Olin Auditorium supported by the Parlee Center for Science and the Common Good and the Gladstone Whitman Fund.

During her talk, Fisher noted that 64 percent of people don’t go to the doctor because they fear financial ruin. It’s all too common, she said, for patients to be saddled with insurmountable medical debt due to unforeseen costs and a lack of transparency surrounding those costs. Unleashing pricing data—and having knowledge of the wide price variation for services—empowers patients to benefit from competition and choice; enables them to know where they can access the best care at affordable prices; and prevents overcharging and gives patients financial certainty.

“When you go to a restaurant and get a menu, you know your choices and you see the price comparison,” she said.

In August 2018, Fisher pitched President Donald Trump in the White House on her plan for forcing healthcare price disclosure, and her organization’s multifaceted work is now effectively helping to lower costs of healthcare and coverage through the implementation of laws.

In our country, life expectancy is going down, and healthcare costs and spending are going up. We want to flip that, and we have the opportunity to flip it,” Fisher said.