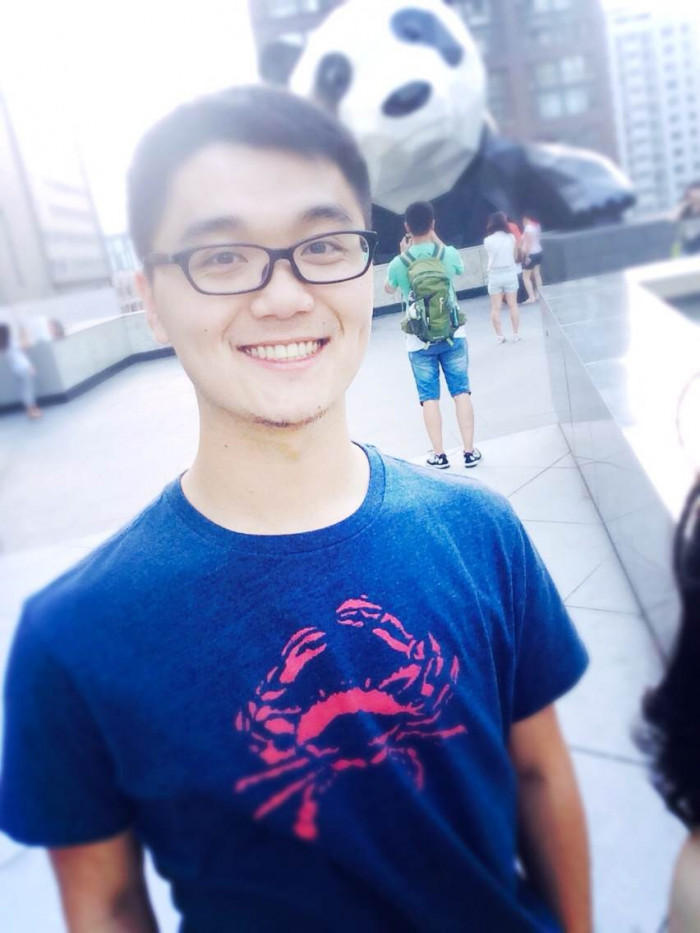 International Student Ambassador Pinhong He '16
HomepageNewsFrom China to Collegeville, at Home in the World

From China to Collegeville, at Home in the World

When Pinhong He was looking for a small liberal arts college, Ursinus hit all the marks. Small class sizes and faculty who knew the names of their students were high on his list. The Business and Economics major, now in his junior year, was born and raised in the city of Chengdu, China.
March 09, 2015

“It is the place where the panda is from,” said He when he talked recently about the Sichuan province he calls home. The region is home to more than 30 percent of the world’s highly endangered Giant Pandas and is among the most important sites for the captive breeding of these pandas. “The biggest thing for me to get used to when I first arrived here was the food,” he said. He favors food with lots of spice and still misses Sichuan’s famous cuisine. But he quickly found his way around Collegeville and the Philadelphia region with the nearby bus and train. Trips to Chinatown were among the highlights, but He also has been to Los Angeles, San Francisco and Singapore during his time as an Ursinus student. In the fall he hopes to study in London.

After three years as an Ursinus student, he feels at home in both the United States and China. “Sometimes when I am at home for a little while, I start to miss all my friends from Ursinus,” He said. In addition to his parents, He also has a 1-year-old sister in Chengdu. “Other than the academic skills I have learned, I have gained more from this community,” said He, who is completing a minor in computer science. “Happiness from friends, care from professors, different kinds of clubs and their activities are definitely things I never want to miss. For example, Chinese New Year Festival celebrations from the China club and countless activities from other clubs. These activities make me feel like being at home, and some others provide me the chance to experience various cultures that I barely had chance to know before I came here.”

“We strive to create an environment that promotes diversity, and our international students enrich the Ursinus community with incredible opportunities for growth through cross-cultural interactions,” said Paula Álvarez Tamés, the Study Abroad and International Student Advisor at Ursinus. “I can’t recall how many times someone has asked me if I know Pinhong. ‘Of course,’ I will say. That’s always the beginning of a conversation about how wonderful he is. He is a role model and serves as a resource to incoming students to navigate the transition to U.S. Our new international students couldn’t be in better hands and I know I can always count on him.  His positive attitude and his desire to strive for success are an inspiration to all us.”