Jacob Hollingsworth ’16, found his future in the Common Intellectual Experience: theoretical physics. “It is the greatest search for truth,” he says.

Hollingsworth is now studying theoretical physics at the University of California-Irvine as the winner of a prestigious National Science Foundation graduate research fellowship. He is the second Ursinus student to have won the award during two consecutive years (following Aubrey Paris, ’15, studying at Princeton University).

A former Summer Fellow and visiting researcher at Rice University in Texas, he has published in the journal, Physical Review, was a 2016 valedictorian and a recipient of the Professor Evan S. Snyder Prize (endowed by George Bause ’77) for excellence in physics.

But he is especially proud of his role in making physics more fun. As president of the Society of Physics Students he helped launch the 2015 Festifall, a community fair with a pumpkin catapult. In a field as complex as atomic, molecular and optical physics, his goal is to “slowly deconstruct the public perception on physics as a dull and esoteric venture,” he says.

No aspiring physics geek, despite occasionally binge-watching The Discovery Channel science shows, he explains he “did not grow up dissecting the circuit within the remote control and A Brief History of Time was not featured on my night stand in the fifth grade. “

It was while considering the questions posed in CIE – What does it mean to be human?  How should we live our lives?  What is the universe and how do we fit into it?  – that a passion to pursue physics was fueled. Armed with a desire to uncover the knowledge contained in the universe, he concluded that theoretical physics is “a systematic focus on the objective in order to describe all that is objective.”

In addition to the pumpkin catapult, The Society of Physics Students encouraged more community nights at the Marsteller Observatory atop Pfahler Hall. And, he has helped bring physics to local scouts, including a series of interactive demonstrations and a Saturday morning coding session for Girl Scouts. One could usually find him in a physics room offering tutoring or physics conversation.

At UC-Irvine he will use theoretical methods in order to investigate energy transport within atomic and molecular systems, placing particular emphasis on systems of ultracold Rydberg atoms. His goal as a physics professor is to put an “unprecedented emphasis on collaboration.”

His first project in the field of atomic, molecular and optical physics was a collaborative effort with three other students sophomore year. He remained on campus that summer to continue that work and collaborate with students at a neighboring institution. Eventually he took the lead on the project and presented work related to the project at national conferences. At this point, his interest went beyond the philosophical. He was “captured by the methodology and the problem solving. To portray it in language nearly as elementary as the feeling itself, it made me happy.” 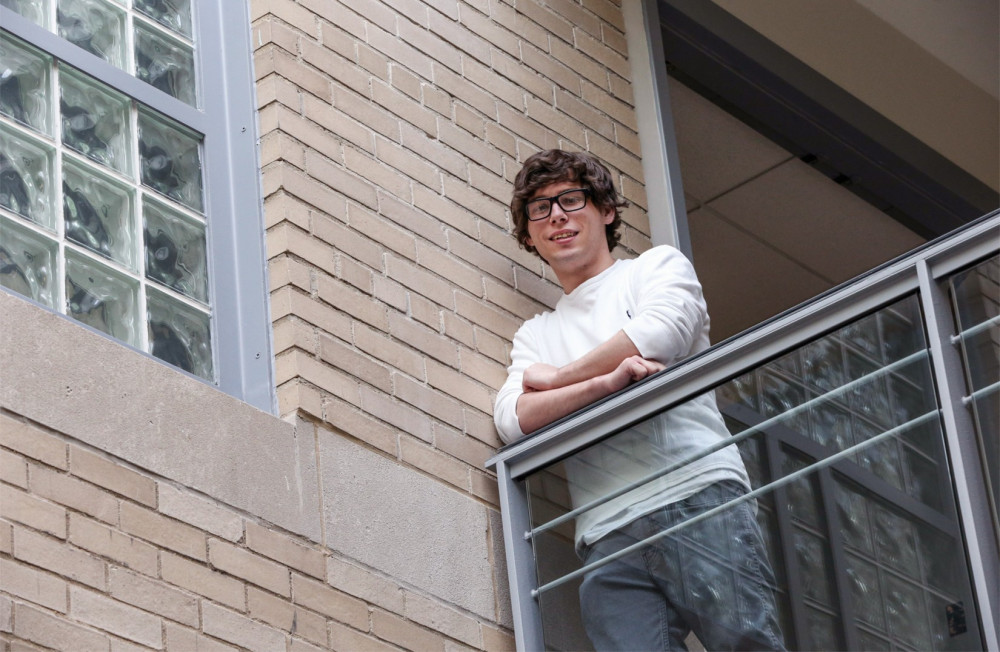