I never possessed an innate passion for physics, even though I binge-watched the Discovery and Science channels. My passion for physics was actually ignited during the Common Intellectual Experience, the first-year course in which the entire class discusses significant readings. Confronted with questions like “How should we live our lives?” and “What is the nature of the universe and what is our place in it?” I realized that theoretical physics is the greatest search for truth. So early in my college experience I discovered my career goal: to become a physics professor—but with an emphasis on collaboration, and on fun. I want to deconstruct the public perception of physics as dull.

At Ursinus, I was published in the journal Physics Review and presented at a national conference. While I took on many research projects in the atomic, molecular and optical field of physics, I was especially proud that as president of the Society of Physics Students I helped launch Festifall, a community fair with a pumpkin catapult. We encouraged community nights at the observatory atop our science building, and helped bring physics to local scouts, including a Saturday morning coding session. You could often find me in the physics help room, where students in introductory physics classes can get informal help.

Now I’m in grad school on a fellowship through the National Science Foundation (NSF). The grant is for three years of graduate school, where I am focused on the field of condensed
matter. I’m currently performing research in a relatively new field called density functional theory and applying methods from machine learning and artificial intelligence. Ursinus has had an NSF grant winner for two consecutive years—Aubrey Paris ’15 is at Princeton University. 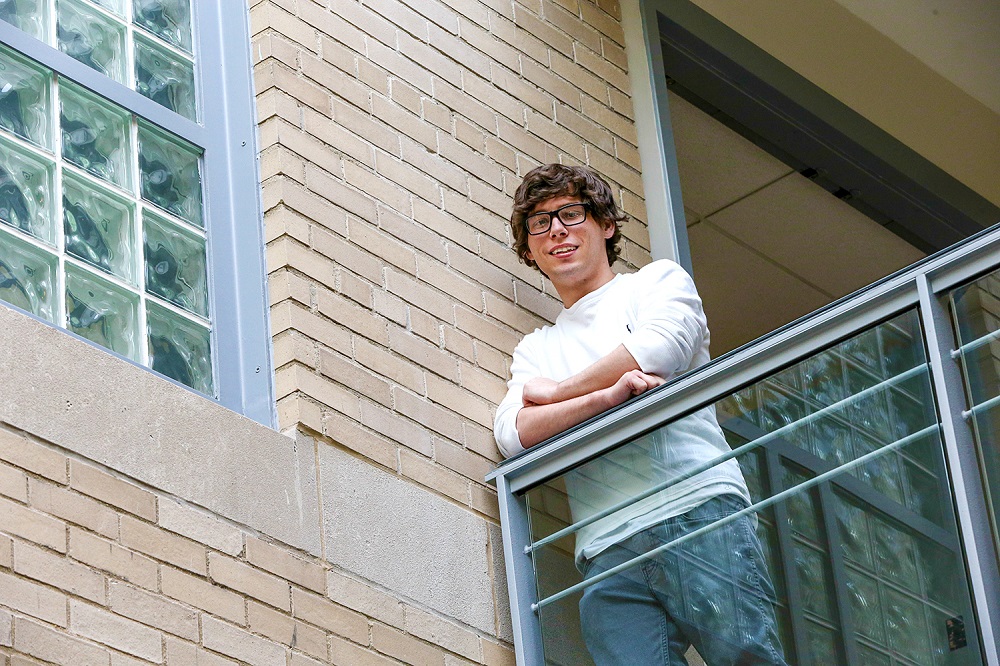