From his first year, when he won a national poetry competition, to being named winner of a Senior Alumni Award, Brian was a four-year Ursinus all-star. He worked as writing tutor and staff manager for the Center for Writing and Speaking and served as house coordinator in Zwingli Hall, the art and writing special interest house, and expertly guided The Grizzly as editor. But his influence went beyond Collegeville. He helped found a nonprofit, Beyond the Bars, which provides music instruction to incarcerated and underserved youth within the City of Philadelphia. His plan to broaden the program won the Bear Innovation Competition from the U-Imagine Center for Integrative and Entrepreneurial Studies. It was my great pleasure to be advisor and friend to Brian for all four years at Ursinus. I look forward to continuing that friendship.

By Jon Volkmer
Professor of English 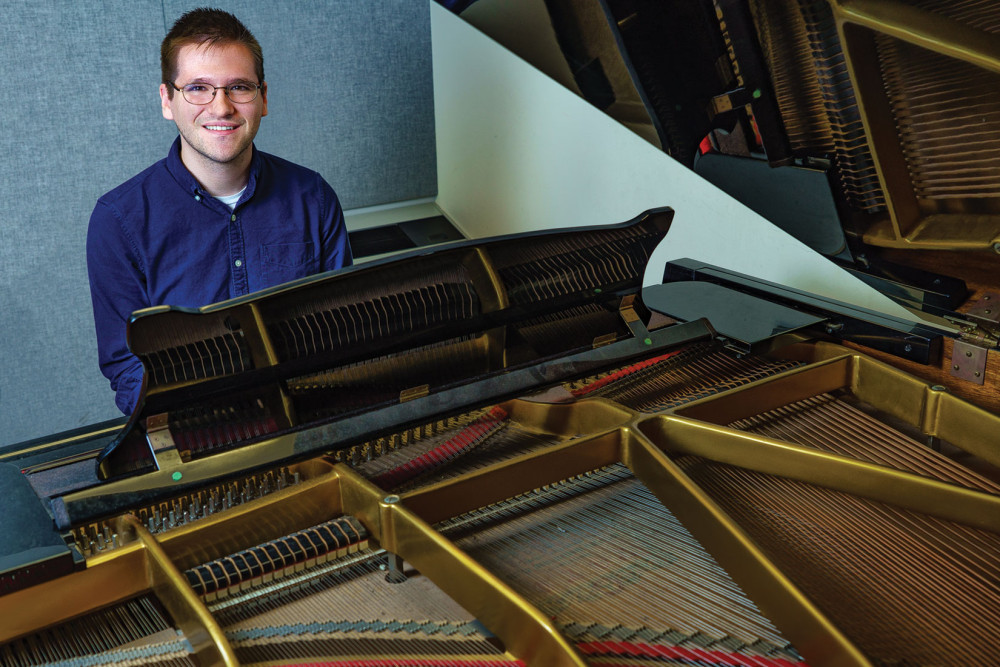