You know Associate Professor of Modern Languages Xochitl Shuru as the 2019-2020 Inclusive Community Fellow. Did you know she is also a dancer?

If you know Xochitl, you know she is a gifted instructor who is also fun and kind. But did you know that she is an accomplished dancer? Beginning as a small child, Xochitl studied Ballet Folklórico which is Mexican Folk Dancing and continued to perform through college and graduate school. She was even a member of the UCLA Aztec Dance Group. 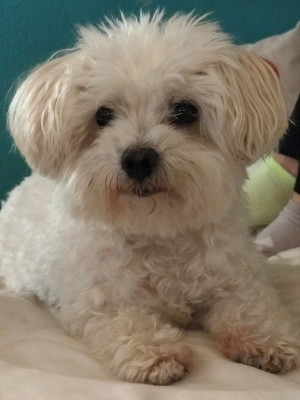 TrompoWhen not doing her favorite things like mentoring students, Xochitl can be found at the beach, traveling and reading. Don’t be surprised if you run into her at a foreign film or screening of old X-files and Twilight Zone episodes. Family is very important to Xochitl and she is also a lover of animals. She has a very special eight-pound Maltese named “Trompo” who followed her from Los Angeles. His name means “spinning-top” in Spanish. Trompo belonged to her late mother who wanted him to be with Xochitl’s daughter.

Xochitl was born in Guadalajara, Jalisco, Mexico. The second largest city in Mexico and home to her favorite professional soccer team, Las Chivas.

Xochitl has been at Ursinus since 2000. Wanting to be at a Liberal Arts College, she came to Collegeville from Los Angeles, where she studied as an undergraduate and graduate student. After receiving her B.A from Loyola Marymount University and an M.A. from UCLA, both in Spanish, she earned her Ph.D. in Spanish and Portuguese from The University of New Mexico at Albuquerque.

Definitely a sports fan, all that time on the West Coast made Xochitl a Dodgers fan, but didn’t prevent Xochitl from also learning to love the New York Yankees. No hope for the Phillies to win her over these days, but maybe next year… Xochitl lives in Collegeville with her husband, daughter and, of course, Trompo.

Profile Photo of Xochitl Estrada Shuru by: Jenni Berrios for The Grizzly.