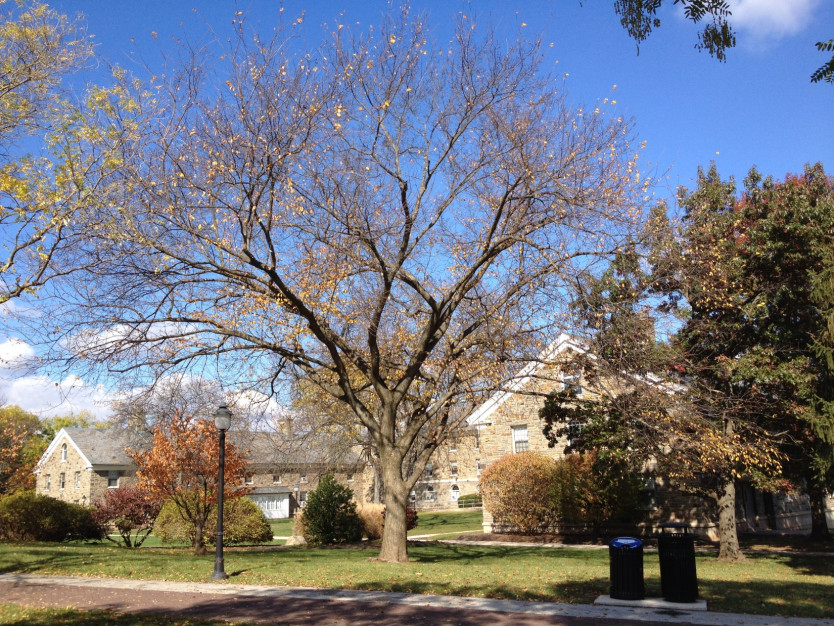 A piece of American history…right here on our campus.

The original Penn Treaty Elm was a large American Elm tree, located in what is now Philadelphia, under which William Penn is supposed to have made his Friendship Treaty with the Lenni Lenape tribe of Native Americans.  This tree was important enough to the colonists that they had a military unit specifically designated to protect it during the British occupation of Philadelphia in 1777-1778. 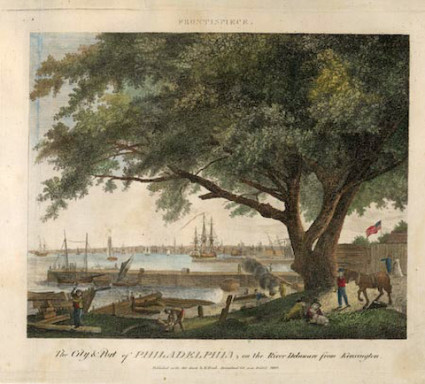 The tree had grafts taken from it and it was started anew in a number of locations.  From one of those 2nd generation trees, Haverford College collected another graft and grew a 3rd generation (grandchild) tree.

Our tree was planted in 1976-77 from a seedling from Haverford College’s grandchild tree. Our fourth-generation Penn Treaty Elm is located by BPS and the knitting woman statue.

Starting in the 1930s, American elm trees began to die from Dutch Elm Disease. However, our tree is still large and healthy, and our facilities services staff keep a close eye on this tree, ensuring that it has a long and healthy life. 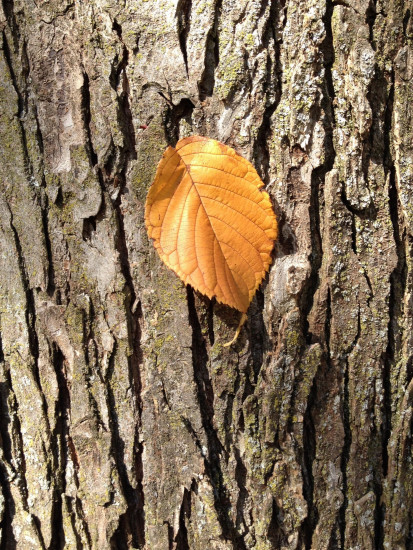 Learn more about our tree’s history