A Bear at Heart, A Bear in Soul 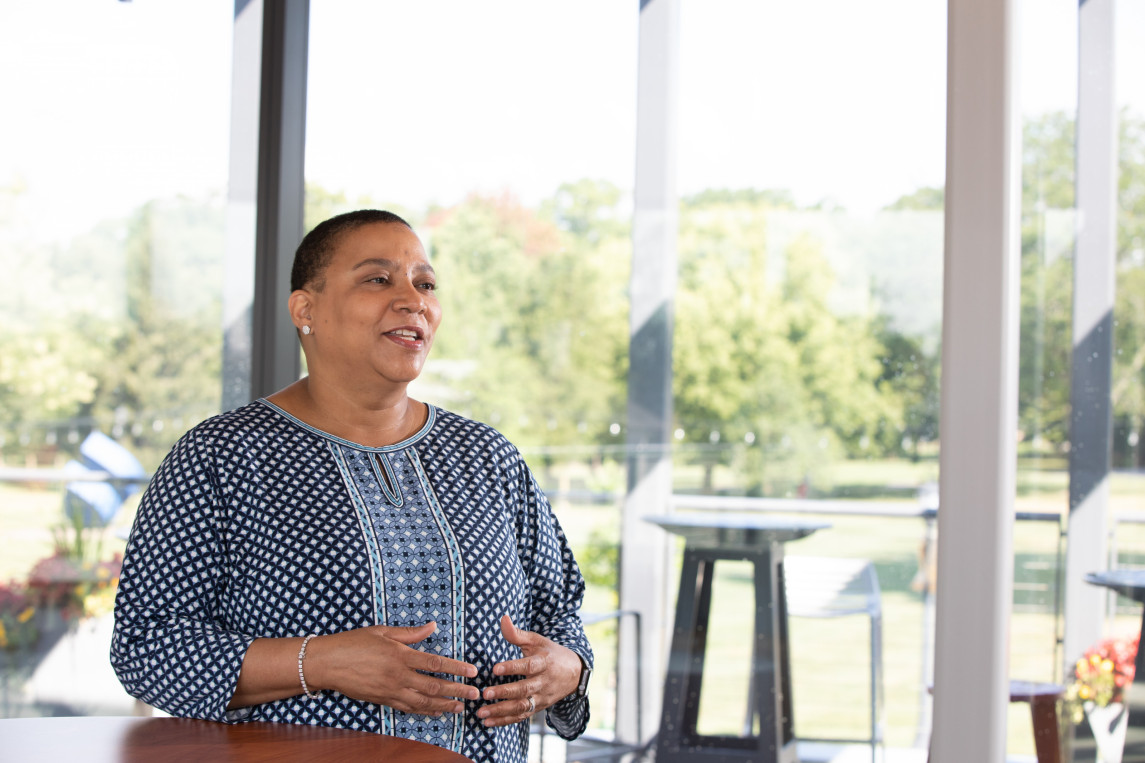 When asked to describe Ursinus College, the word “community” often is offered. But we seldom talk about what makes that community so strong—its heart.

Kelly Finch Mobley ’82 is the perfect example of the kind of Ursinus Bear who gives back substantially more than she has taken from the college. An education received has been reciprocated by a very humanistic commitment to the well-being of Ursinus.

Since her graduation, Kelly has built a successful career in the banking industry, spending decades at CoreStates Bank and PNC, retiring from the latter as executive vice president of retail workforce readiness in 2018. She’s been named one of Pennsylvania’s “Best 50 Women in Business.”

Kelly’s immense professional achievements are rivaled only by her giving nature. She is driven by her passions—for her community, for the arts, and for Ursinus. Her service as a trustee of the college has spanned two terms totaling 15 years. With her husband James Mobley ’81, she annually gives back as an 1869 Society donor.

She has a pay-it-forward mentality—something she attributes to her upbringing—which is why it was so fitting that this past year she would join the Abele Scholars Selection Committee, a program whose whose rally cry is “pay it forward.” Kelly can speak effortlessly to the nurturing education that Ursinus offers, and how that education can translate to a life fulfilled in so many ways. She’d know better than most, and it’s because she has the heart of a Bear.