"The Anatomy of The Heefner Memorial Organ"
URSINUS Magazine
, Fall 2017

The Heefner Memorial Organ in Bomberger Auditorium— dedicated on Founders Day, Nov. 2, 1986—was a gift to Ursinus from Lydia V. Heefner of Perkasie, Pa., contributed in memory of her husband, Russell E. Heefner.

An instrument in the neo-classic tradition, it is capable of allowing organists to perform the entire range of literature composed for the instrument. A generous endowment from Mrs. Heefner’s son, William F. Heefner ’42 (a former chair of the Ursinus Board of Trustees), made possible the Heefner Chair of Music. In 2015, Alan Morrison celebrated 20 years as Ursinus’s organist. At that time he called the Heefner Organ, “the orchestra of Ursinus.” Ursinus Magazine recently got an intimate look inside the organ with the help of John French, the William F. Heefner Professor of Music.

Listen to the Alan Morrison playing the organ. 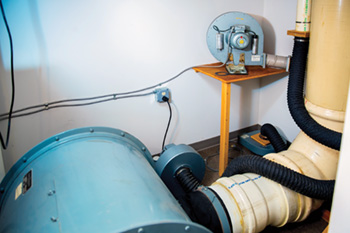 The organist turns on the blower, which pushes air up and into the chamber sitting underneath the pipes. 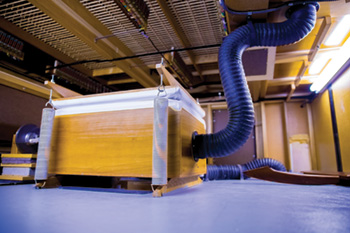 The chamber fills up with pressured air, which will move through the pipes. 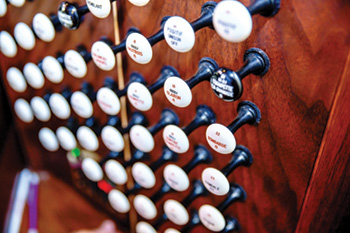 The organist pulls on one or more of 77 stops—used selectively by the organist—which admit pressurized air through the pipes. 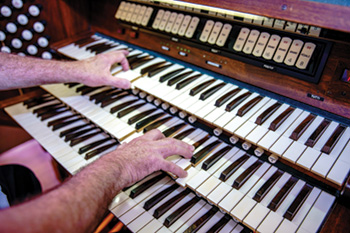 The organist presses down on the keys and pedals in four divisions. 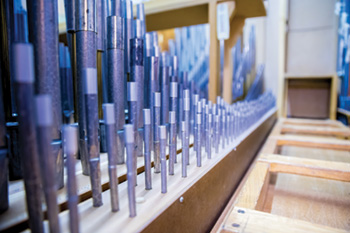 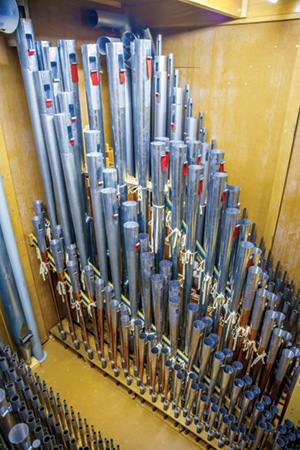 Different pipes make different sounds (high and low, treble and bass, and sounds of the trumpet, flute, oboe, and other instruments) based on their size and shape. 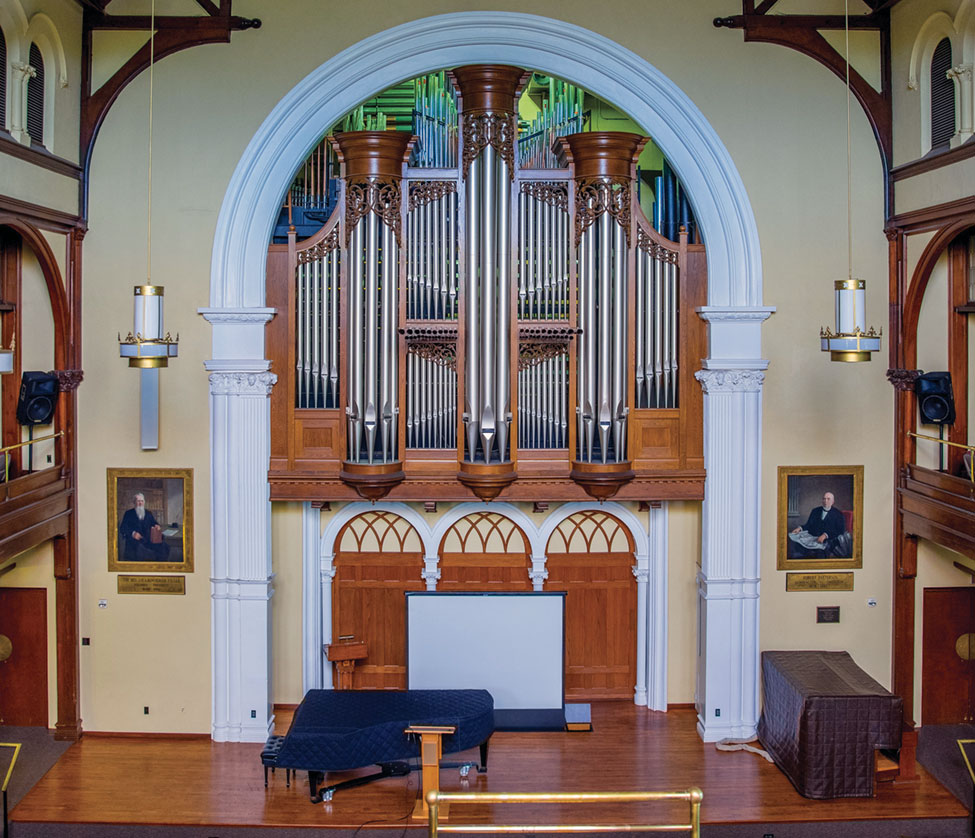