"The Road Less Traveled: In Search of the Green Buddha"
URSINUS Magazine
, Summer 2018 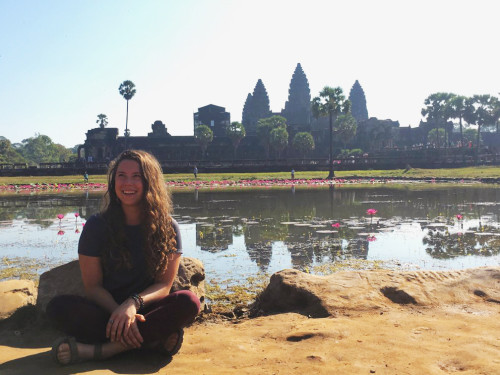 An ambitious and impressive project to be sure, especially for someone whose farthest journey out of the country ever before was on a Caribbean cruise at age 13. But when the Watson folks turned her down, the former Ursinus gymnast got to work, taking on three jobs after graduation to fund a three-month version of the trip on her own.

You had the trip of a lifetime mapped out as part of your Watson application. How did your travels differ from your original itinerary?

Initially my plan was to start in Nepal, and then head to India, Sri Lanka, Myanmar, Thailand, Laos, Cambodia and Vietnam. I was going to end by going north along the Silk Road into China, Bhutan and Tibet, and then finish in Dharamsala, India, where the Dalai Lama and Tibetan Buddhist refugees are in exile.

Since I was doing the trip in only three months, it needed to be altered. I began in India, exploring New Delhi, Agra, Ranthambore National Park and Jaipur. From there I went north, at the last minute deciding to swap Dharamsala for Nainital, which is also in the foothills of the Himalayas. Next I crossed the border into Nepal, where I spent time in Kathmandu and Ilam. At the tail end of the trip, I visited Thailand, Cambodia and then Vietnam, where I traveled the length of the country by bus.

Where did you stay along the way? 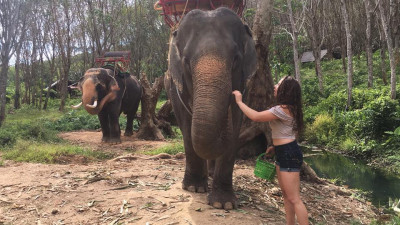 Part of my plan for the Watson was to stay with local farm families, and in hostels and monasteries. I stayed true to that plan in part with two farmstays—one in Nepal and one in Thailand—through Workaway, a website that matches hosts with volunteers who work in exchange for food and lodging.

Getting to the farm in Nepal was an adventure in itself. Transportation included 24 hours on a public bus, a very bumpy and dusty three hours in an open-air taxi up a mountain, and a 45-minute hike from the village to the farm. I found my way by approaching non-English-speaking locals outside of their homes and saying my host family’s name—“Deepak Kulung?”— while pointing down the road. The nods I received in return confirmed I was headed in the right direction and eventually led me to the tiny blue farmhouse I was looking for.

What was daily life like while you were working on the farms? 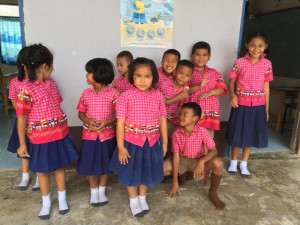 The landscape was breathtaking. The region was mountainous and covered in rolling green hills that were terraced with tea plants. The nearest Wi-Fi was a 45-minute walk to the village. There was no running hot water and sometimes no electricity. These all probably sound like inconveniences, however they allowed me to immerse myself into the culture and form quality relationships with the host family, as well as the other volunteers, who came from different parts of Europe. I learned how to harvest, roll and dry green and black tea; cook traditional Nepalese food over an open-flame stove; and perform other tasks associated with running a self-sufficient farm.

With markets being so far away, the family grew most of their own food. No refrigeration or livestock meant that they ate 100 percent vegan (which was convenient for me since I’m a vegan). To me, this was an illustration of how affluence can be key in the consumption of animal products. It was also interesting because they actually did have goats, about 15, but they kept them exclusively to create compost for the crops and tea plants.

Your time spent on the farms clearly had a profound impact on you. 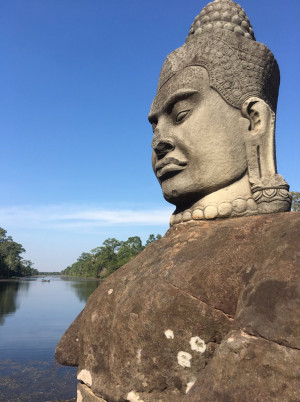 The farmstays were two of the most meaningful experiences I had during the trip. I fell in love with the humble lifestyle of the farming community. It facilitated my connection with other people and to nature more than anything I have experienced. It also put some things into perspective to me. For example, I realized that wealth is extremely relative. The people in the Nepalese and Thai villages were living in the only way they knew how: working hard to optimize the use of their land, and using natural resources as much as possible in order to minimize their need to purchase goods. Their goal was simply comfort. The average American would probably consider these people poor, but they were extremely happy and never expressed a want for more. In the process, they had a minute impact on the earth as a result of their veganism, minimal use of electricity and their creation of only compostable waste (there wasn’t even a trash can in the house). To top it off, they were the most hospitable people I’ve ever met. Throughout Asia, the local people were always willing to do anything for or give anything to me, especially those who had the least.

What’s your next big adventure?

I returned from my trip and jumped right into an internship with Frances Moore Lappé’s Small Planet Institute in Boston. Next I’ll submit applications for graduate school for fall 2019 and then head east again. I loved Asia so much and was so happy while I was there. Three months was simply not enough. I still have so much to see.

Add a small image to display along the article divider.