When you think of a dramatic image, a microwave oven may not be the first thing that comes to mind. Nor a flannel-clad torso or a box fan. But for painter David Aipperspach, researching—and then identifying ways to represent—the dramatic relationships of light and shadow in everyday items is an important aspect of the art he creates. 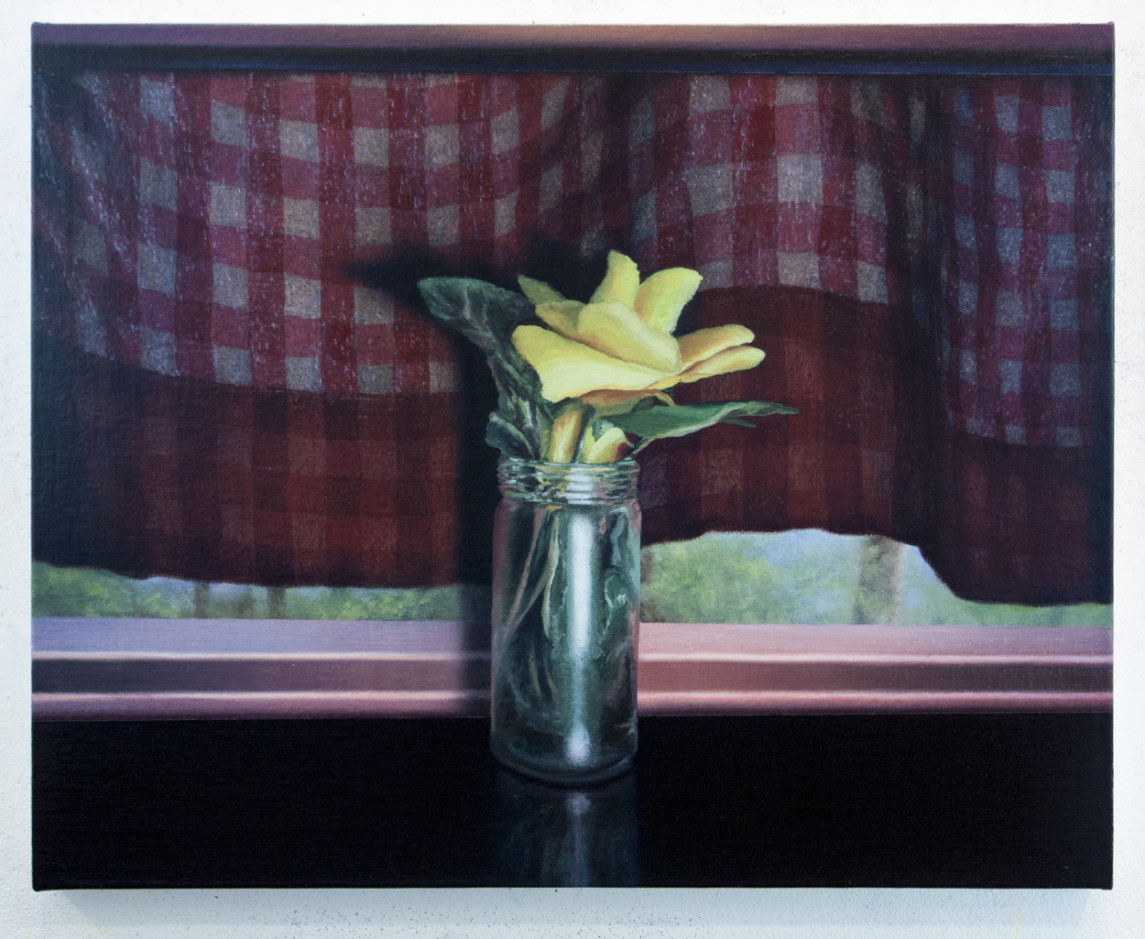 “A few years ago a critic called some of my work ‘deadpan sci-fi,’ which I thought was interesting,” said Aipperspach. “All the subjects, such as microwaves, torsos, and little sets of flowers, are recognizable to a broad audience. Yet as a body of work it’s interesting how these seemingly ubiquitous, everyday or deadpan subjects can be imbued with ambiance, drama, and tension—which you might expect to see in a genre like science fiction—just by the way they are cropped, rendered, and lit.”

Aipperspach, who is an assistant professor of art and art history in painting and printmaking, is also interested in how time gets recorded in a painting. For his “Fan” series, he animated a box fan by taping streamers to it and turning it on. He then used a combination of models and photography to help understand some of the blurring effects and create the illusion of light and motion.

“This is a good example of where it’s obviously a split second that is captured, but the painting was made over a very long time because the process is slow and meticulous. When we read painting, we sort of read all that labor, whether it’s conscious or subconscious.”

His newest work also explores the representation of time in paintings. Inspired by a three-week residency at the Soaring Gardens Artist Retreat in Laceyville, Pa., Aipperspach made small paintings from observation with the intention of creating larger versions in his Philadelphia studio. Each 7’ x 6’ painting in this series depicts a particular interior or exterior tableau recorded on site and is stamped with inset frames of various bands of color that mark the pocket of time represented.

“I stood outside throughout those three weeks at different hour markers and created color studies. I looked out and recorded the changing bands of color in the sky and in the stacked, receding horizons characteristic of that region. It’s like a clock; a way of recording time based on how the light changes as the sun sets.”