Poetry Tells the Stories of the 20th Century’s Great Migration 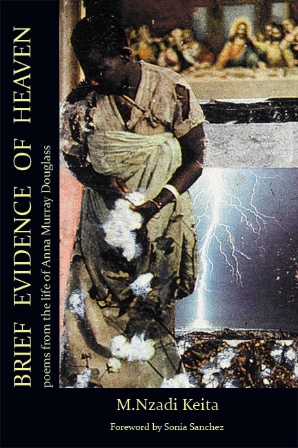 For her latest project—a manuscript titled “Migration Letters”—the associate professor of English and co-coordinator of African American/Africana Studies uses poetry to bring to life a range of moments and interactions that emerged from the Great Migration of Black people from the south to the north throughout the 20th century.

Often written in second-person voice, the poems provide an intimate level of perspective and storytelling across generations: some individual, some more collective. The poems portray the emotional lives of those who left the south, and include some realities of culture, race, class, and gender through the lens of the next generation, born in the north, which comes of age amid civil rights dramas, school desegregation, and consumerism.

“My context as part of the ‘first-generation northerners’ is the inspiration for these poems,” said Keita. “I come from southern Black people who migrated north, with the sort of hopes and assumptions similar to those of immigrants, but with an entirely different relationship to the country’s past and present. A silence pervades this American experience that I find bothersome, especially as Black Americans do not assimilate in the way some other groups do yet grow further from their migrant past as that Great Migration generation dies. The differences, and the context of the late 20th-century U.S., are as important as the similarities to immigrant experiences.”

In addition to collecting first-person narratives, Keita turns to archival family photos, documentary films, as well as R&B and gospel music from certain time periods to help inform her work. “Living in the same area where I grew up provides me unlimited visual stimuli,” she said.